As momentum builds to transition to a low-emissions economy partly powered by hydrogen, there are a number of rapidly evolving pieces to the puzzle in order to make the transition a successful, and profitable one.

From production method to choice of technology, to location and resource allocation, to supply chain and end market, companies will need to evaluate comprehensively all components collectively, not just as independent aspects of how to create the hydrogen economy.

Both companies and governments will need to be pragmatic and fit-for-purpose in order to capture the market being chased by countries around the world, said David Mercer, director of Technology – Energy Solutions at Fluor Canada.

“Where we stand today [as an industry] is we're challenging ourselves to integrate these different facets and channels of knowledge that we have coming in. There's not one comprehensive and holistic piece of work that attempts to bring that storyline together from an Alberta point of view.”

This is particularly the case in the nascent market for blue hydrogen – which combines the proven steam methane reforming process with emerging carbon capture, utilization and storage (CCUS) processes – that is poised for rapid growth around the world.

In order to facilitate a future economy which is partially fuelled by hydrogen, companies will need to consider not only choice of technologies but also potential for immediate implementation, stand-alone cost competitiveness and material reduction in greenhouse gas emissions for any world-scale hydrogen production strategies.

Fluor, which has a long history in engineering such projects, is looking at the hydrogen opportunity specific to Canada, to “understand all of the facets that would need to be satisfied to make this business case successful,” Mercer said.

Specifically, Fluor envisions six different components that are key to determining the business case success of using hydrogen as an alternative fuel, starting with a meaningful reduction in emissions. “We certainly see that a number of industry operators are seeking ways to reduce greenhouse gas emissions by employing creative technologies,” he said.

“We also believe that world-scale hydrogen production plants would be required [in order to] take advantage of economies of scale.”

And crucially, it has to lead to a means of producing hydrogen at an acceptable cash cost – to have standalone cost competitiveness as an alternative energy source.

Finally, companies need to take into account the demand side of the equation – where and how the hydrogen will be used, a rapidly evolving question as hydrogen is being examined as a clean energy source for a number of applications – as a transportation fuel, as a supplement to [or replacement for] natural gas, and in difficult to decarbonize industrial processes.

“Whether we're blending it into natural gas pipelines, or potentially using it as an alternative fuel to gasoline or diesel, hydrogen must have that standalone cost competitiveness in any of those areas to be considered a viable alternative.”

As the world transitions to hydrogen - some 30 countries have announced hydrogen strategies to involve billions of dollars of investment over the next decade - engineering companies like Fluor have pivoted to provide the design capabilities needed to meet the needs of what could be a rapidly expanding sector.

“The technologies used for the manufacture of hydrogen have certainly advanced in the past 50 years,” said Mercer. “Fluor’s experience in the design and construction of hydrogen facilities has allowed us to stay at the forefront of this technology evolution, and effectively incorporate important considerations such as co-locating new facilities adjacent to existing industrial assets.”

And of course, the production of hydrogen today is closely linked to the management of the resultant CO2 being produced. “We recognize the interrelationships between the technologies and we understand owner-operator objectives. We have the expertise to satisfy multiple [sometimes competing] objectives, such as hydrogen production, CO2 mitigation and asset electrification opportunities, to name a few.” 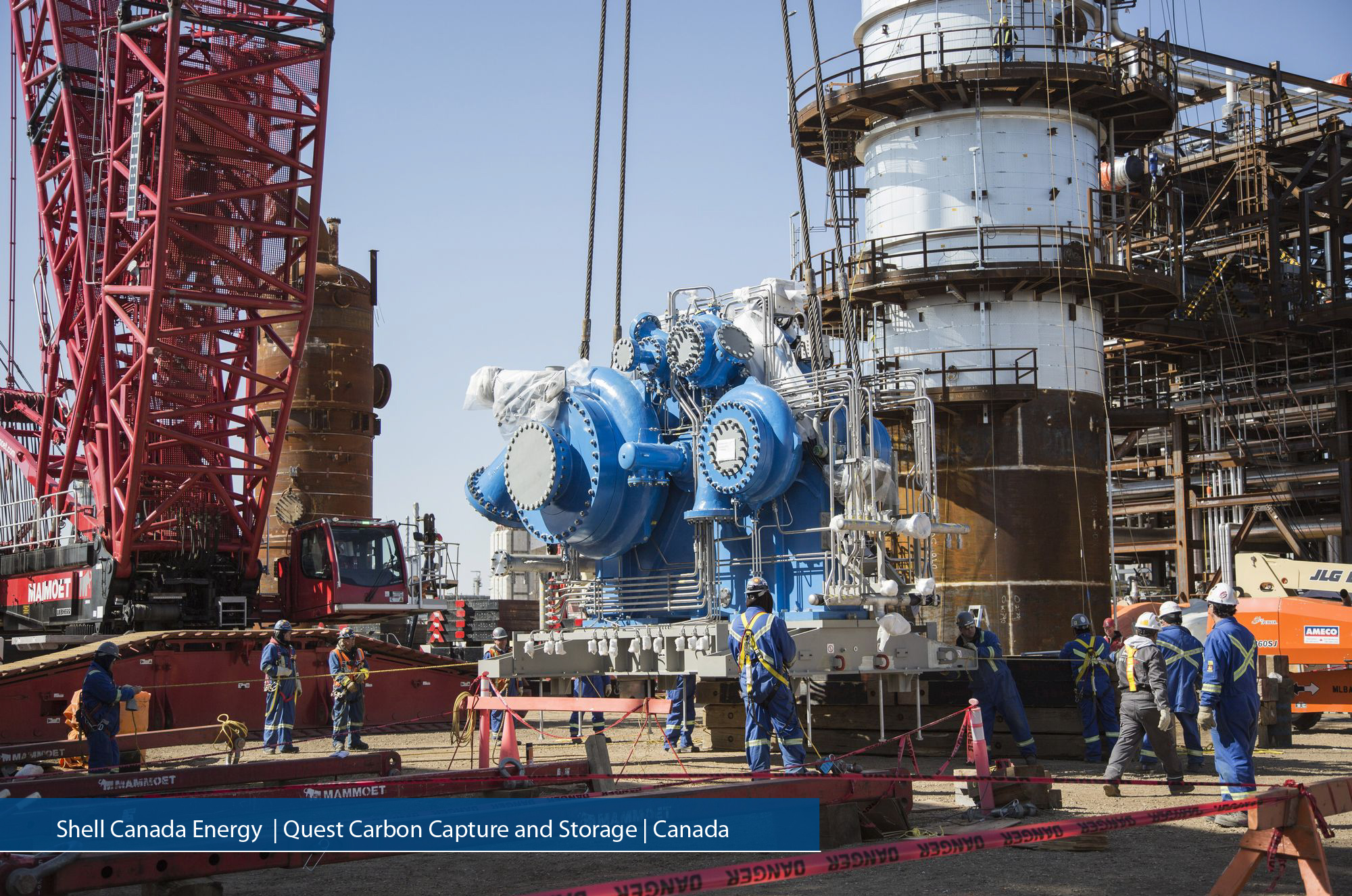 Fluor already has a head start. The century-old company that has operated in Canada since the 1940s has developed expertise in all aspects of blue hydrogen production, including CCS. In 2012, Royal Dutch Shell selected Fluor as its Engineering, Procurement and Construction (EPC) contractor for its carbon capture facility for its flagship Quest Carbon Capture & Sequestration project at the Scotford Refinery project outside of Edmonton.

In that case, Fluor used award-winning technology to optimize modularization for the project, its third generation modular execution approach. While modularization is not new, the level of achievable offsite work was significantly increased by using the company’s advanced modularization strategy. This execution model splits the project into process blocks and moves into designing modules that then drive the plot plan.

The Construction Owners Association of Alberta named Fluor the 2016 Best Practices Award winner for modularization innovation on Quest. Fluor assembled 69 interlocking modules at the site. This modularization strategy  helped reduce the plot plan by 15 per cent and capital costs by nearly 30 per cent from initial estimates.

The Sturgeon refinery captures carbon for transport via the Alberta Carbon Trunk Line (ACTL) to enhanced oil recovery projects in Central Alberta. Fluor has participated in framework discussions between companies to proactively serve as a thought partner toward facilitating additional CO2 delivery into the ACTL, as well as with companies interested in exploring new technologies and projects.

“We actively participate in these dialogues and seek to help owners implement best available technologies… if it helps advance understanding around project developments, then we are always eager to be engaged,” said Mercer. “And conversations don’t solely need to be centered on technologies – project execution, de-risking, scheduling, and cost-estimating all reside in Fluor’s wheelhouse.”

While the various technology components that go into major blue hydrogen producing projects are well developed, they will need to be brought together in new ways as the sector develops in different geographies, each having different strengths and challenges.

The province also has an abundance of favorable geological formations useful not only for the sequestration of CO2 but also for potential long-term storage of hydrogen, with salt caverns being ideal candidates – an important consideration for seasonal peaks in demand as more variable renewable energy is put on the grid.

It also helps that companies operating in other countries can monitor the latest technologies and best practices and apply them to local projects. Companies like Fluor also closely monitor the changing policy and regulatory landscape where amendments, like the recently announced increases in the carbon tax, could have major implications for hydrogen project development.

“All such considerations need to be employed when you're creating a holistic and comprehensive view of what it can mean to Canada,” said Mercer.

Since 1949, Fluor Canada has been involved in the engineering, procurement and construction of a wide range of energy related projects that are spread across the Canadian landscape. Throughout its 70-year history in Canada, Fluor has provided local, regional and international clients with full-service capabilities, which include economic evaluations, conceptual engineering, feasibility studies, program management, detailed engineering, procurement, transportation and logistics, modularization, fabrication, direct-hire construction, construction management, commissioning, start-up, operations and maintenance.