Snow is falling, and the first days after Easter weekend are cold, dark and lonely. April and May snowstorms in Alberta are always depressing, but this one is also packaged with a gloomy day. I sit here at my home office window, lonely and forlorn. It is snowing outside as the sap in the trees is restrained from bursting into springtime colour, and I am stuck in the house because of a nasty little round devil with red protrusions named COVID-19. The ultimate downer. So, I foolishly read the press and popular opinions, and alas, there is much weeping, wailing and gnashing of teeth due to an epic crisis in the price of my livelihood commodity – crude oil.

I feel like a Leafs fan in the Harold Ballard years. I run to the garage to find a paper bag to pull over my head, realizing that it may look perilously like a homemade coronavirus mask. What is a person to do? It’s the crisis of a lifetime combined with the bear market of a generation. Truth is, I have never felt so hopeful. Why the sunshine in a nasty storm? I have a few reasons, which I will re-iterate.

First of all, this price scenario is so bad that the likelihood of whiplash back to reasonable levels is becoming more of a possibility. When I was working in the northeast USA in the mid-90s, before the shale revolution, we had a saying: “The best thing for poor gas prices is poor gas prices”. It was always true. Low prices would drive the consumers to load up on cheap gas, and switch away from coal, and sure enough demand would far exceed supply and overnight there would be crazy shortages in the gas pipeline grid ensuring some massive price spikes at the end of the winter storage season. I believe the same applies to our current Alberta situation. We have had such terrible commodity prices for so long that the only place to go is up.

So why has this not happened since the first market drop in 2014?

In my opinion the low prices of the 2014 glut have not been deep enough and long enough to truly “right” the global market. I am a petroleum engineer, so I am to blame. We invented amazing technologies such as multi-lateral wellbores and multizone stimulations that we were able to make some pretty segmented zones amazingly prolific with great technologies. In addition, we, as petroleum engineers, were able to reverse the course of decades of decline and indeed create the “Texas Miracle.”

Sadly, we were petroleum engineers and not economists. By turning this dry land into an oasis of production, we flooded the market enabling thousands of independents to spring up thanks to lots of private equity financing. The epicenter of this was of course West Texas, the heart of the Permian revival. Paying $350 for a night at the Sheraton Four Points in Midland was proof that indeed the gold rush was back, and this was simply the price you pay for success.

What a privilege … except that we are violating this simple little economics law of supply and demand.

So as the years passed and time rolled on, we in Alberta really began to have problems in getting our product into the grid. Bravo for the Texas Miracle, it’s filling up all the pipelines and turning importers into exporters. Not so good for Alberta, as we are now starting to have take-away heartburn. Tough times were starting, and fingers were pointing … at the government, at our fellow producers, at the environmental protesters, at everyone but ourselves.

Our 20-year prosperity run was coming to a close. Across the pond, a couple of parties were also becoming annoyed. For my Saudi friends (and truly I have many friends in the Kingdom), in spite of low prices, those pesky Americans in West Texas continued to produce at record levels, fuelled with an endless source of new capital getting great initial returns. To the north, my Russian friends were gaining in efficiency and digitization while fighting a currency drop, and still their crude was displaced by the record-setting Permian.

So now I am the sad Canadian in the middle, and I have traded in my suit and tie for an empty barrel and a pair of suspenders to hide my nakedness. How can it be that these big players, the overproducing Texans, the underproducing Saudis and the efficiency prone Russians were making my life difficult?

Honestly, we would have done the same. To make matters worse, at about the same time the private equity firms decided that they were not making sustained profits in the Permian, and that the Texas Miracle was not adding to their long-term growth. Unfortunately, and concurrently, our aforementioned nasty little round devil decided to unleash a plague on the global populations. Triple whammy for the Western Canadian Sedimentary Basin. As a third generation Albertan, I am not sure if we have ever had it so bad, and this is why I am so hopeful.

Rather than colluding with our friends to the south to stabilize the North American market (because they are quick to renegotiate when they change from importer to exporter – i.e. NAFTA), we really should just let the three big parties sort it out.

Yes, COVID-19 has dropped the global demand two to three times greater than what it dropped in 2008, but I think we are cutting supply by about five times, which should add up to a supply crisis by early summer.

Now let’s add into the mix OPEC, that complex group which has been in the headlines frequently. In June of 2018, Mohammad Barkindo, OPEC’s Secretary General, invited me to Vienna to give some words from the small independent producer’s perspective at OPEC’s 7th International Seminar just before their June member meetings in Vienna. I witnessed first-hand what a unique and complex group of members (and personalities) that make up OPEC. We see a singular face, but there is an amazing amount of diversity and geography behind the scenes. Dr. Barkindo, ever the diplomat, does understand the market mechanisms, and tries to balance the power within the organization to make long-term decisions. When I was there in June 2018, they were fiercely proud of the OPEC+ partnership and talked a lot about the market stability that it brought. Although a very disparate group, OPEC functions in its own ways, to its own tune.

I believe that they will sort things out and re-align with Russia ultimately, and Alberta only can benefit by being a unique party at the table, even if just as an observer. We must remember to not impose our “public company” timelines on an organization made up primarily of states with national oil companies.

So, let’s take another look at one scenario, the one I favour. (There is a strong possibility that I am very wrong, but thanks in advance for following my attempt at logic.) In 2008, post financial crisis, the global demand was down about 4 million barrels per day. If we assume that our present need is 100 million barrels per day to keep balance, the ’08 levels would have been 96 million. I’m thinking the coronavirus crisis and stoppage of transportation globally is two or three times as bad, let’s say 12 million barrels per day.

This means our post-COVID-19 balance number is about 88 million barrels per day. Given the mass hysteria of budget cutting, project cancelling, note defaulting and bankruptcy filing in the Permian crowd and globally, my guess is that we are going to have a supply of less than that magic 88 million barrels per day, even with an increase from Saudi and Russia. And that is why I see the sunshine.

Markets will re-stabilize, and guess who is ready to supply, fully disciplined in spending and with some of the tightest environmental social responsibility practices on earth. Alberta of course! We have the Alberta advantage of efficient habits, progressive regulations, corporate social responsibility and a good work ethic. The market will sort out the Texas Miracle, we just need to be the solid, balanced moderate folks that we have always been. I think I just saw a ray of the sun starting to peek through. 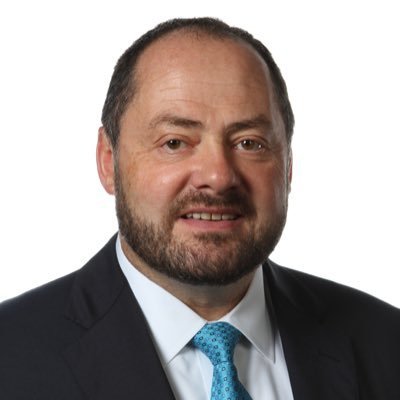 Darcy Spady, P. Eng. is a professional engineer, independent director and technical advisor, and was the 2018 SPE (Society of Petroleum Engineers) International president. He is a founding partner of Carbon Connect International Inc. He has a 33-year career in the conventional oil, heavy oil and unconventional gas business on both the operator and service sectors the industry. He is also an active grain farmer in Central Alberta and the industry chair for the Remediation & Reclamation program at Olds College. He is a Petroleum Engineering graduate from the University of Alberta