Canada has all the elements that could make it a leader in the clean hydrogen economy that many see as a critical part of the future for energy in a low carbon world — but Canada must act fast if it hopes to capitalize on its advantages and secure its lead as several other countries make progress in the hydrogen race, according to GLJ Ltd.

In an appearance on the Over A Barrel podcast produced by the Canadian Heavy Oil Association, Armando Montes and Devin Lacey from GLJ, a top Canadian energy resource consulting firm, lay out the many comparative advantages Canada, and in particular energy powerhouse Alberta, have to become global leaders in the hydrogen economy.

Alberta is already a major producer of grey hydrogen, used for industrial processes such as in bitumen upgrading, oil refining and chemical production. It is fortunate to have an opportunity to transition to production of blue hydrogen — produced from natural gas via steam methane reforming with the produced CO2 permanently sequestered — at very low cost relative to most other jurisdictions.

Alberta can leverage key advantages to mitigate many of the risks that currently drive the high cost of production for blue hydrogen elsewhere around the world. In addition to access to an abundance of low cost natural gas for use as feedstock in steam methane reforming, Canada has world leading expertise in carbon capture, use and sequestration (CCUS) technology and application, Montes and Lacey said.

The province is home to the Alberta Carbon Trunk Line, a world-class carbon distribution asset; it has access to large amounts of depleted hydrocarbon reserves that can act as key carbon storage basins; and it has a vast network of natural gas distribution systems that can be leveraged for using and/or distributing hydrogen.

“We have various industrial zones that can act as hydrogen hubs where production and end-use applications exist in close proximity to one another; we have a proven history of energy investment and funding knowledge; and most importantly, our energy professionals are world class talents that can take on the complex job of integrating hydrogen into our energy portfolio,” they said.

The list of advantages goes on. But how Canada capitalizes on them is the more important question, according to Montes and Lacey.

As the hydrogen economy moves forward, countries are looking at applying hydrogen across three other categories: for heating, as a transportation fuel and for power generation. That will create new markets for hydrogen, as long as it can be produced in a low- or zero-emissions way.

Alberta has an opportunity to produce low cost blue hydrogen, initially for domestic application in its industrial processes and for blending with natural gas across power generation and heating applications.

By laying a foundation of technologically and economically viable hydrogen projects, Alberta would embed itself in the hydrogen economy at an early stage through key trade agreements and distribution channels. This will put in place a solid foundation that it can scale up as national and international hydrogen demand escalates through the 2020s and beyond.

It also would allow for a smart solution to decarbonizing hard to abate areas where electrification is not technically or economically feasible, they said. These strategic hydrogen deployments across mature applications that don’t require significant investment in distribution infrastructure and that help to reduce emissions across the Canadian energy and industrial sectors offer a stepwise approach to developing a Canadian hydrogen economy.

Hydrogen investment can provide companies with a sustainable solution to managing the increasing cost of carbon emissions contributing to their operating costs while at the same time setting the foundation for a successful Canadian hydrogen market, according to GLJ.

As is common with most innovative and emerging energy technologies, the development of the hydrogen economy will not come without its respective pain points. Much of the economics of both blue hydrogen and green hydrogen — produced by electrolysis using emissions-free renewables like wind and solar — will rely on policy drivers and government funding until the respective technologies can be developed at scale to achieve lower production costs and advance the supporting infrastructure.

In Canada, carbon tax policy and the incoming Clean Fuel Standard are what’s helping to drive the economic feasibility of early stage hydrogen projects, said Lacey and Montes. “Although it’s encouraging to see government developing policies that support technology innovation in the energy sector, traditionally there is only so much that can effectively be done with regards to tax legislation as there comes a point where tax payers eventually push back against the rising cost of living created by the added tax reform.”

“This means that although it may be appropriate for strategically targeted hydrogen projects to rely on these cost breaks today, there needs to be a sense of urgency to driving production costs lower if the technology is to truly take hold.”

Momentum has been building with the recent release of additional funding opportunities for hydrogen projects — a key first step being made to advance Alberta’s hydrogen potential. For companies looking to apply hydrogen to develop more sustainable operations within the petrochemical industry, the Alberta government recently announced an incentive program to cover up to 12 per cent of capital costs for petrochemical companies investing in new solutions that will decarbonize their operations.

Targeted initiatives like this, that focus on funding technically feasible hydrogen projects that have a clear demand use for the hydrogen and potential end use for the captured carbon, will be critical in advancing Alberta’s hydrogen industry. They provide the opportunity to help sustain energy developments and operations over the near and midterm while simultaneously setting the building blocks for Canada’s hydrogen economy.

“We expect to see an increase in hydrogen specific funding and policy announcements as the official Canadian Hydrogen Strategy is anticipated to be released over the coming weeks. We look forward to seeing how Canada may carve out the path forward to realizing its potential in the global hydrogen economy,” they said.

“We also look forward to the opportunities that an emerging global hydrogen economy may bring to Canadians if we can capitalize on it’s potential by making smart early stage investments and policy decisions.”

More than 20 countries have already developed hydrogen strategies or road maps as they seek to develop low-carbon hydrogen economies. They vary depending on a country’s comparative strengths and advantages, with some focusing on importing and others focused on exporting hydrogen.

As a potentially very low cost producer, Canada has the opportunity to emerge as a leading exporter, according to GLJ, which has developed a scorecard that ranks various aspects of a country’s ability to develop a hydrogen economy.

“Most countries are looking at it as a domestic solution to decarbonizing their energy mixes, whereas there's only a select few countries that have the high production scorecard opportunity to really be global players in the export market,” said Lacey.

On a global stage Canada is already regarded as a top 10 hydrogen market. “If we think big we could lead our country into the business of exporting hydrogen to global markets,” said Montes.

The trick would be to transition from grey to blue and eventually incorporate smart green hydrogen technologies as production expands. “We need to take advantage of the fact that blue hydrogen is largely seen as the transitional pathway to achieving a global hydrogen economy,” Lacey said.

“If we can start to make ourselves a real player early using blue hydrogen, which we can produce at world class inexpensive costs, then as green hydrogen progresses … we are already going to be intertwined at that point [with] hydrogen distribution potentially to the [United] States and other provinces. Alberta will have a relatively established foundation of hydrogen production and use.”

What Canada does in the next five years will be critical, added Montes, as the hydrogen competition picks up steam. “We just need to make sure we don't miss the bus.” 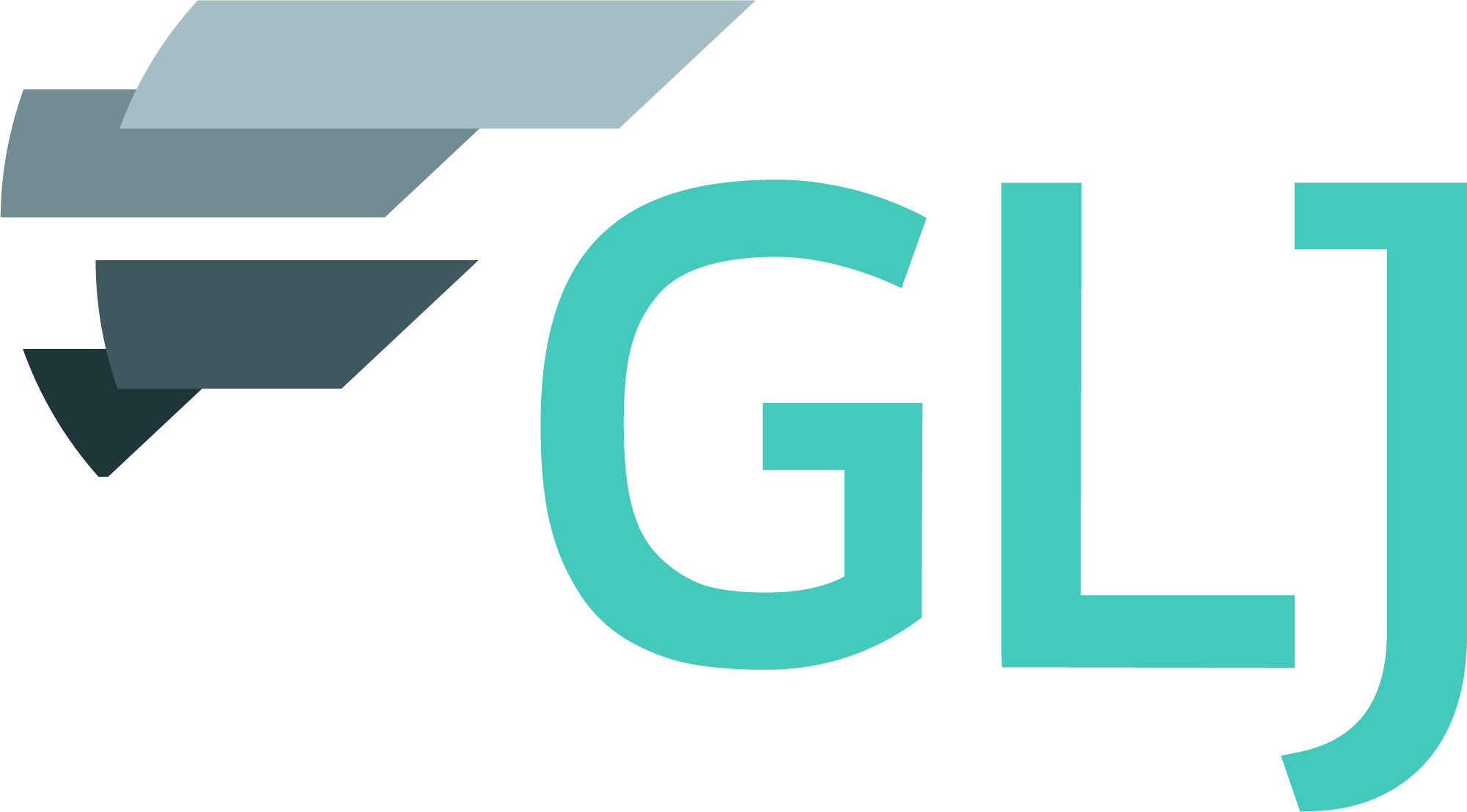 GLJ is a premier energy consulting firm located in Calgary, and a world recognized leader in engineering and geoscience services. Our mandate is to empower our clients and partners to make sound business decisions as they navigate the dynamic global energy landscape.

GLJ is committed to technology and innovation in the energy sector and has participated in numerous projects and strategic initiatives alongside government and industry organizations to promote a more sustainable Canadian energy industry. These efforts have focused on the advancement of novel hydrocarbon and clean technologies in collaboration with our global client base and various strategic partners. Through our continued work to become leaders in emerging clean energy markets we aim to develop opportunities for Canadian companies by sharing our expertise with energy stakeholders around the globe.

A judge has halted plans for oil and gas drilling on vast areas of Wyoming and Montana, citing concerns about a sagebrush-dwelling bird. The…