Stable oil prices and one mega deal between Occidental Petroleum and Anadarko Petroleum resulted in 2019 seeing the highest annual M&A spend for upstream assets worldwide since the price downturn took hold in late 2014.

This is according to Evaluate Energy data released in a new report supported by Deloitte, which analyses global M&A activity in the upstream sector in 2019. The full report can be downloaded at this link. 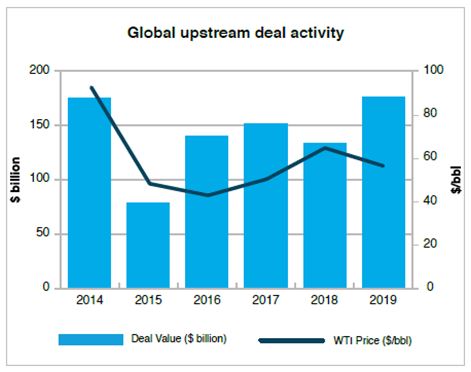 Evaluate Energy’s full 2019 global upstream M&A review can be downloaded at this link.

Included in the report: