In the classic comedy Animal House, authorities deal the protagonists a crushing blow – for their many misbehaviours, our heroes’ fraternity is dissolved and they’re expelled from university.

As they sit bemoaning their fate, one of the group demands that they go down fighting. He calls for revenge, saying, “Now we could do it with conventional weapons, but that could take years and cost millions of lives. No, I think we have to go all out. I think that this situation absolutely requires a really futile and stupid gesture be done on somebody's part!”

Today, it’s international leaders who are calling on us to make a really futile and stupid gesture. The call has gone out, especially to young people, to take part in a global climate strike on Sept. 27.

Presumably, that will be accomplished by not showing up to work or school. Taking to the streets with signs and chants, they will apparently bring global warming to a halt, stop the rise in ocean levels and prevent catastrophic levels of illegal migration.

Who knew that by shunning income and education we could do so much good for the world, and that voluntary poverty and ignorance could be used to save the planet?

I have a long history of participating in such gestures. I’ve marched, waved signs and chanted slogans for a multitude of causes. Let’s examine the success of such virtue signalling.

In 1968, I and millions of my college-aged cohorts at North American universities, disturbed by the war in Vietnam, hit the pavement in a big way. We paraded. We occupied. We surrounded. Some tried to use magic spells on the Pentagon. We chanted “Hey, hey, LBJ! How many kids did you kill today?” and “Ho, Ho, Ho Chi Minh! Viet Cong are going to win!”

A mere seven years later, we got our wish: Saigon fell to the North Vietnamese and a brutal tyranny was installed, one that caused millions to flee to a better life elsewhere.

OK, so maybe that was a bad example.

A couple of years later, I was part of a group of campus radicals vowing, in protest to the presence of Dow Chemical recruiters on campus (those folks who made napalm for the U.S. military), to burn a dog to death in front of the administration building.

Let me clearly state that we had no such intention nor any incendiary devices – we only wished in our naïve way to point out that people were getting upset by the threat to immolate a dog but were indifferent to humans being roasted alive by napalm.

Imagine our surprise as we dozen or so longhairs, on the steps with our signs and an old dog, were confronted by hundreds of engineering and agriculture students, who pinned us to the wall, roughed us up and rescued the dog.

So much for a sophisticated give-and-take on foreign policy.

A decade later, I was a student in England. Disturbed by the 10th anniversary of the Soviet invasion of Czechoslovakia, I join a hundred thousand others and marched on the embassy of the U.S.S.R., demanding an end to international communism and the withdrawal of the Red Army from eastern Europe.

Curiously, Soviet Secretary Leonid Brezhnev and the KGB remained unmoved by our cries of distress. It would take the death of three Soviet leaders, a catastrophic war in Afghanistan, and an economic collapse of the Soviet command economy before serious reform took place behind the Iron Curtain.

So if my friends and I, no matter how earnestly we pleaded, could not bring an end to the Vietnam War and the Brezhnev doctrine, what chance do thousands of teenagers have to take control of the planetary climate on Sept. 27?

This isn’t to say that mass demonstrations have always been useless. The fall of the Berlin Wall and the crumpling of the Ceausescu regime were speeded along by brave Germans and Romanians who risked death to defy their dictators.

There’s the crucial difference between a real movement of popular will and a climate justice strike.

A true strike has genuine moral power: workers agree to forgo wages until they get better conditions; Gandhi risks death by starvation to force the British to agree to leave India; Lech Walesa and the steelworkers challenge machine-guns of the secret police to win Polish democracy.

On Sept. 27, we will see only a legion of spotty adolescents and their adult enablers out for a stroll and a righteous excuse for making a long weekend of it. 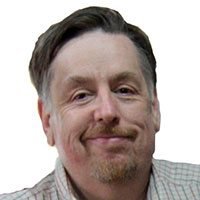 Gerry Bowler is a senior fellow with the Frontier Centre for Public Policy.