Jeremy Barretto is a partner at Cassels Brock, the founding law firm member of the BRC Canada.

The market for companies purchasing renewable energy directly from the developers is well established in the United States. These deals are known as ‘virtual power purchase agreements’ or VPPAs in technical terms.

American companies are drawn to VPPAs to buy off-site renewable energy to meet sustainability targets, hedge electricity and carbon exposure costs, and to advance local economic development. In fact, nearly two-thirds of Fortune 100, and nearly half of Fortune 500 companies, have set ambitious renewable energy targets in the United States.

VPPAs offer these companies a way to meet these goals, without changing their operations or constructing physical infrastructure. The results are speaking for themselves: more renewable energy projects are being built, and without necessarily winning contracts through government procurement programs.

More than 11 gigawatts (GW) of renewable energy deals have been completed through VPPAs to date in the United States. This is roughly equivalent to the peak load of electricity use in the entire province of Alberta in 2018.

Canada has lagged in the adoption of VPPAs for renewables, and for several reasons. Unlike Alberta, most Canadian provinces have Crown corporations that control aspects of the provincial electricity system, which may make it more challenging for companies to enter VPPAs with independent power producers.

Electricity and carbon prices have varied across Canada in recent years, with considerable uncertainty about carbon pricing during federal and provincial elections. Companies may require more time to consider these factors before entering into long-term contracts for renewable energy.

The unique Canadian opportunity is to leverage Alberta’s de-regulated electricity market to allow Canadian companies and other organizations to hedge carbon and electricity costs.

For example, in 2014 I assisted BluEarth Renewables Inc. with obtaining Alberta Utilities Commission approval for its Bull Creek Wind Project in Alberta. BluEarth entered into a long-term agreement to supply the power from its Bull Creek wind project to a consortium of Alberta schools that were seeking to reduce their exposure to volatile energy costs.

The Bull Creek project was also the only wind energy project constructed in Alberta in 2015, prior to the awarding of the Renewable Electricity Program (REP) contracts by the Alberta government in 2017. This demonstrates that long-term electricity contracts can get projects built, even without government procurements. This process could be accelerated with increased adoption of VPPAs for renewable energy in Canada.

Having been involved with obtaining approvals for the Bull Creek project and others, I appreciate the challenges of building projects underpinned by long-term agreements for off-site energy.

In particular, VPPAs could be a useful tool for companies with some carbon exposure, such as oil and gas and other resource extraction companies. These companies may use environmental credits associated with renewable energy as one tool meet their carbon compliance obligations.

First, after federal and certain provincial elections in 2019, there could be increased certainty regarding the status of carbon pricing for industry and consumers for the coming years. For example, following the Alberta election in May 2019, the new Alberta government maintained a form of carbon pricing for large emitters through its Technology Innovation and Emissions Reduction (TIER) program.

This means that companies that are large emitters will likely continue to have some carbon compliance obligations and VPPAs for renewable energy are one tool to meet these obligations.

Second, recent government procurements have demonstrated that the cost of renewable electricity has plummeted.

The Alberta government conducted three rounds of competitive procurements through its REP in 2017 and 2018. The REP secured successful bid prices near or below $40/MWh, representing among the lowest costs for renewable energy in Canada. On the open market, the Alberta Electric System Operator reported that in 2018 the annual average pool price for wholesale electricity increased 127 per cent from its previous-year value to $50.35/MWh.

These are some of many reasons why the Business Renewables Center (BRC) set up shop in Canada this year. By linking companies with renewable energy developments, the non-profit organization aims to accelerate large-scale renewable energy use across Canada by providing contract templates and member information sessions.

VPPAs for renewable energy are an increasingly attractive opportunity for businesses in Canada to hedge electricity and carbon costs, demonstrate a corporate commitment to sustainability, and advance local economic development. 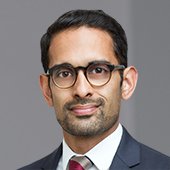 Jeremy Barretto is a partner at Cassels Brock, the founding law firm member of the BRC Canada, a free member-based platform that facilitates corporate purchasing of off-site, large-scale wind and solar energy from developers.