Bill Given is Mayor of Grande Prairie, Alberta, in the heart of the province's busiest oil and gas plays.

While urban municipalities in Alberta have long been the platform that has supported the development of our province’s energy sector, the relationship between industry and cities like Grande Prairie has only recently started to grow into a two-way dialogue.

In the early days of the last century, our area’s economy was largely built on agriculture, which was soon followed by the development of a thriving and diversified forestry sector. Both of these sectors continue to be important, but during my lifetime it’s really been the energy industry driving the growth and prosperity of our community.

Despite experiencing prosperity, we are no stranger to changing tides of economic boom and bust cycles that are so familiar to the energy industry. Our location in the heart of the Montney and Duvernay oil and gas plays means the City of Grande Prairie is the central hub for housing, healthcare, recreation and all the other kinds of amenities that are needed to attract and retain the labour an expanding economy needs.

I’ve always imagined Grande Prairie as being in a life raft on top of the economic ocean. When the economy is up, our community rides on top, experiencing enviable levels of prosperity while navigating the most challenging effects of rapid growth. In contrast, while some will feel acute pain when the economy is in a trough, overall the community is able to stay afloat. In fact, our population has doubled over the last 20 years - and it hasn’t always been smooth sailing.

In the early 2000s, when prices were increasing and the energy industry was in overdrive to meet demand, Grande Prairie became a beacon for people in search of work. With such immense and unexpected growth came acute labour shortages as every other sector had to compete with the wages the energy industry was paying. People also arrived to our community to find good paying jobs but no housing. As a result, rents skyrocketed, living in an RV year-round became a legitimate choice for some, while others were left with even less desirable options.

The capacity of the healthcare, schools, and other community systems were swamped with crowded classrooms, an overstuffed ER, families unable to find a doctor for years on end and line-ups seemingly everywhere you went.

Throughout this period, it felt as through communities like ours were an afterthought for the energy industry. We were just expected to adapt, attempt to keep pace and respond to changes on the ground as they happened, all while industry marched forward.

Thankfully, in recent years it feels like energy companies are beginning to realize the benefits of direct engagement with cities, even though the majority of their operations are likely located in rural areas. We see hopeful signs that industry is starting to acknowledge that proactive dialogue with urban municipalities equips us to better plan and prepare for large influxes of workers, establish responsive land-use plans, design and build roads and infrastructure with growth in mind, and engage our voices as informed advocates for the energy sector.

Look at Seven Generations Energy. Corporately, they have been intentional in keeping us informed and building a connection with our city. In turn we’ve eagerly joined them in out-of-province advocacy missions and invited elected officials from across the county to come to our area and see what the modern energy industry looks like first hand. Understanding the company’s needs has helped us expedite development approvals within city limits and advocate for infrastructure improvements to address key bottlenecks in their operations.

Speaking of infrastructure, Shell has led an initiative that brought together government and industry to improve Northern Alberta; The Coalition for Safer Alberta Roads. The Coalition is a cross-industry and cross-sector advocacy group making highways 63, 881, 40, and 43 safer for all users. It’s unique and has become an independent agency supported by many companies and municipalities who strive for the same outcome. The group demonstrates how industry partnering with local governments can transform an idea into meaningful dialogue and action.

Gaining insight into the local capital plans of companies like Nauticol, Pembina, and TC Energy Pipelines has allowed our city to begin thinking about future workforce demands and to begin planning to ensure housing is available when it’s needed.

These are just a few concrete examples of how meaningful, proactive, dialogue between urban municipalities and the energy industry leads to positive outcomes for both parties. Looking forward, I hope we’ll see more of the sector begin to realize the benefits of engaging with urban municipalities. Ultimately, I believe, increased collaboration will allow us to build a robust platform for success - no matter what the economic tide brings. 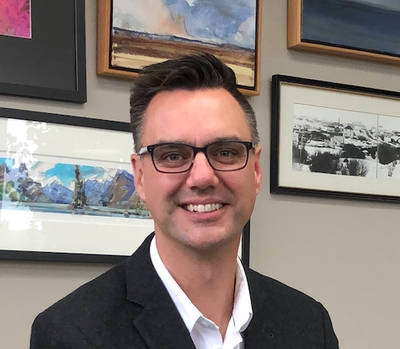 Bill Given is Mayor of Grande Prairie, Alberta.