Two articles were published in the Globe and Mail recently that might make supporters of Canadian LNG pause and wonder whether they’re backing the right horse.

The CP story was distributed in several other media outlets, including CBC News online, which promoted the story as “’Clean natural gas is actually the new coal, report says.”

What are we to make of this? Is natural gas not the cleanest fossil fuel, and the ideal way to power humanity through the decades-long transition from coal and oil to alternative energy sources? Not according to these stories. Should we believe them?

Let’s start with the Canadian Press story. They picked up a report by Global Energy Monitor, which they call “an international non-governmental organization that catalogues fossil-fuel infrastructure.”

That’s part of the Wikipedia definition – but CP omitted the last part, which reads “in support of fossil fuel phase-out.”

GEM recently changed its name from CoalSwarm, and is affiliated with Earth Island Institute, allowing it to receive tax-deductible donations. So to be clear, this is not an impartial scientific report by a respected research institution, this is an advocacy piece by an organization dedicated to eliminating fossil fuels, including natural gas.

Digging into the numbers, we read “there are projects in development globally that by 2030 would increase natural gas supply to 806 million tonnes above what they are now,” and “35 percent is in Canada.” Hmmm.

The GEM report shows Canada to have 281.6 million tonnes per annum (mtpa) of export terminal capacity in “pre-construction,” with an expected capital outlay of $410 billion. That’s not right.

LNG Canada is actually the only Canadian project with regulatory approval and investment commitments – and it plans to be producing 14 mtpa beginning in 2024, at a capital cost of $40 billion.

The other projects actually in the works – Woodfibre (BC), Saguenay (PQ) and Goldboro (NS) – are smaller, still awaiting approvals and investment decisions, and are unlikely to be onstream before 2025. Other projects have been conceptualized, but no plans are in place.

Looking at GEM’s worldwide numbers, they show only 45.5 mtpa of LNG export capacity actually under construction. The 806 mtpa number quoted in the story is in “pre-construction” projects, including Canada’s 281.6 mtpa and 318.4 mtpa in the U.S.

In fact, these numbers are grossly inflated and unrealistic – many LNG export and import projects have been proposed, but relatively few get built. Natural gas supply is most certainly not going to “triple by 2030,” as the story tells us.

The other main point in the CP story is the speculation that methane “fugitive emissions” – leakage from drilling, production and transportation – is so great that the climate-warming effects of natural gas are comparable to coal.

Measurement of fugitive emissions is a contested topic these days – and the GEM report chooses to use a single controversial study that shows much higher fugitive emissions than values accepted by regulators in the U.S. and Canada.

New technology is drastically reducing methane emissions now, and Canadian regulators have mandated 45% reductions before any of our LNG projects come on stream.

What about “The Big Lie” story? Marc Lee is director of the Climate Justice Project, and works for an organization (the CCPA) that “produces research and analysis for policymakers, activists and everyday Canadians to make informed decisions and press for social change.”

All very worthy sentiments, but they hardly give the reader confidence that the story is a dispassionate, unbiased analysis. The CCPA does not like fossil fuels any more than GEM does.

Lee argues that it is “incredibly energy intensive” to produce and transport LNG, comparing it unfavourably to coal. But he provides no numbers to back his opinion – because there are no such numbers. And he fails to recognize that LNG Canada plans to power their export facility with renewable hydropower, further reducing its energy footprint.

He advances the same fugitive emission idea as the GEM study, also failing to mention the weakness of the evidence and the mitigation measures underway.

Finally, Lee repeats a nonsensical concept currently popular with anti-development advocates – that LNG exported to Asia would not displace coal, but would be used to displace “cleaner” fuels.

So should we be concerned about using LNG/natural gas as a bridge between established and future energy technologies? No.

Even opponents agree it produces less CO2 and far less real pollution when burned. The contrived and weak arguments in these stories about LNG supply and fugitive emissions demonstrate how desperate advocacy organizations are to achieve their stated goal of eliminating fossil fuels, including natural gas. 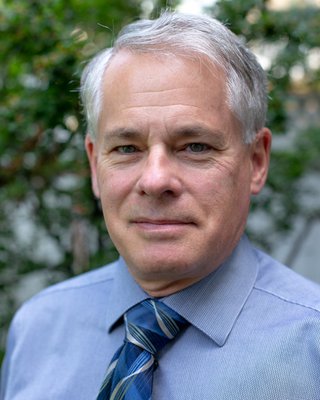 Hayes earned a PhD from the University of Alberta after completing a B.Sc. in geology at the University of Toronto. He is outreach director for the Canadian Society for Unconventional Resources (CSUR), and a past-president of the Canadian Society of Petroleum Geologists (CSPG). He recently completed two three-year terms as councillor for the Association of Professional Engineers and Geoscientists of Alberta (APEGA). He is engaged as a member of the Research Advisory Committee for the Canadian Energy Research Institute, and a member of the Energy Technical Advisory Committee for Geoscience BC.

Hayes is an adjunct professor in the University of Alberta Department of Earth and Atmospheric Sciences, and a sessional lecturer in Earth and Environmental Sciences at Mount Royal University. He is a prominent media commentator, writing for a variety of technical and business publications as well as engaging actively on social media.