Tim McMillan is president and CEO of the Canadian Association of Petroleum Producers.

It’s summer in Canada and the last thing on many people’s minds is foreign-funded activist groups working against a Canadian industry. Sadly, this tactic continues to gain traction in the media.

For a long time, these special-interest groups have targeted Canada’s natural resources by slapping our oil and natural gas industry with ‘dirty’ labels.

They make false claims about environmental impacts or, worse, misrepresent themselves as scientific experts to gain public support.

This has never been more evident than with the Global Energy Monitor (GEM) and the recent release of a report alleging that liquefied natural gas – one of the world’s cleanest forms of energy – is dirtier than coal. The report was filled with unsubstantiated statistics and little context, and was written by two environmental campaign researchers and someone who studied parasites. None is an expert in resource development.

According to public information, it’s an international non-government organization “in support of fossil fuel phase-out.” No one on GEM’s team is based in Canada or even appears to be Canadian. They were previously known as CoalSwarm, a group that has targeted Canadian operations in the past and continues to do so under a new name.

In fact, GEM is funded by the United States-based Rockefeller Brothers Fund and the Sierra Club Foundation, among others.

Despite the fact anyone with Internet access could discover that the GEM report was far from academic, not peer reviewed and produced for the sole purpose of attacking Canada’s energy industry, the organization gained a lot of national media attention.

The report has been disputed and largely debunked by the Canadian Association of Petroleum Producers (CAPP), LNG Canada, the BC LNG Alliance and Brad Hayes, adjunct professor of Earth and Atmospheric Sciences at the University of Alberta.

GEM is not unique. It’s just one in a series of opponents taking aim at Canada’s natural resources. Groups like GEM masquerade as non-partisan academic organizations, cherry-picking convenient data from other sources to create campaigns that, at least for now, appear to target Canada.

As Canadians head into the federal election in October, groups like GEM are strategically poised to attack any Canadian-made energy policy that doesn’t include the 100 per cent phase-out of fossil fuels.

That’s an unrealistic scenario based on the rise in global energy demand.

The world needs more energy and a significant amount is being produced from sources that don’t have Canada’s high environmental and social standards. Canada should be the world’s supplier of choice to help lift other nations out of energy poverty, reduce global greenhouse gas emissions and displace less-responsible sources of energy like coal.

With the world’s population expected to grow to more than nine billion people by 2040, the International Energy Agency forecasts total global energy demand will rise 27 per cent over 2017 levels. Oil and natural gas will account for 53 per cent of the total.

CAPP represents about 80 per cent of Canada’s oil and natural gas production and advocates on behalf of industry. We are a lobby group, and have always been open and transparent about who we are and what we do.

We also provide education tools to communities, other industries and institutions. We collect and share facts, data and statistics about Canada’s oil and natural gas resources. We provide information about our best practices, technology and innovation, and our relationships with Indigenous businesses, partners and communities.

But lately, it seems all we do is refute a lot of misinformation. We’re fact checking and doing the background work many Canadians expect their media outlets to do – which doesn’t appear to have been done in this case.

There is still time for change. It is up to all Canadians – the public and the media – to ask questions and distinguish fact from fiction, and to try and avoid being manipulated by foreign-funded activist groups.

Together, we can make a difference. 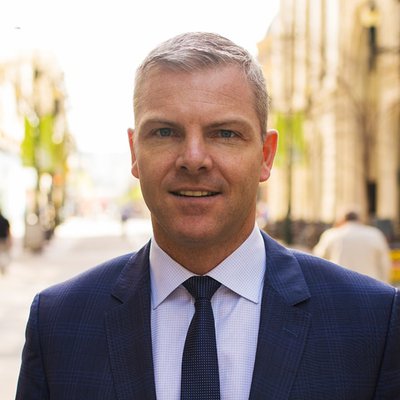 Tim McMillan is president and CEO of the Canadian Association of Petroleum Producers.

Keep tabs on opportunities in Canada's LNG sector with the Daily Oil Bulletin.