Too often when people talk about the “clean energy transition,” they leave out the critical importance and big upside potential of reducing the footprint of fossil fuel products.

Energy transition is complicated. We know that investment in renewables is important, but we also know that demand for all energy sources is growing.

Consider that 30 years ago, fossil fuels made up 81 percent of the world’s energy mix. Today, despite hundreds of billions of dollars invested in renewable energy and growth in electric vehicles adoption, it’s still 81 percent, according to the International Energy Agency (IEA).

The IEA warned recently that investors are not putting enough money into either renewables or oil and gas to meet its forecast for global energy demand in 2040. All of these energies are required, with fossil fuels continuing to dominate supply, even in the IEA’s most aggressive transition scenario.

No matter what Canada does with its oil and gas industry, fossil fuel producers around the world will continue making money for decades to come. There will be jobs, supply chains, profits for shareholders and revenues for governments to spend at their discretion.

Canada needs to capitalize on the opportunity to optimize its position in the oil and gas industry of the future while it continues as a responsible leader today.

Last week when Justin Trudeau announced that Canada would proceed with the Trans Mountain Pipeline Expansion, he pledged that “every dollar” of profit will be “invested into Canada’s clean energy transition.”

I’m a firm believer that as long as there is a market for oil and gas products, Canada should be the supplier. That’s because I know that, given the opportunity and the appropriate regulations, the industry can continuously improve until it is the cleanest in the world.

We can branch out and invest more in ongoing R&D like “bitumen beyond combustion” products such as carbon fibre, pelletized asphalt, vanadium flow batteries and polymers.

In 2018, Corporate Knights estimated that the annual market value of carbon fibre and pelletized asphalt alone could be US$218 billion by 2030, comparing that to Canada’s $107 billion in sales of traditional oil and gas production in 2017.

New products are exciting. So is the potential for dramatic reductions in the footprint of existing operations and the associated potential boosts to profitability. This isn’t something new; in Canada it is something that is always happening.

For example, Canada’s Oil Sands Innovation Alliance reports that over the last seven years its member companies decreased emissions intensity by approximately 11 percent for in situ production and 9 percent for mining.

Consider the potential of something like solvent co-injection into oilsands, one of many new technologies the industry is currently developing. Solvents have undergone extensive lab and field testing over more than 15 years.

SA-SAGD is Imperial Oil’s variation on the system. For a brief period starting last fall the company was moving at full speed on its Aspen project; a 75,000-bbl/d facility that would be the first to deploy the technology at a commercial scale.

Imperial expects SA-SAGD to reduce both GHGs and water use by 25 per cent, dropping Aspen’s steam/oil ratio to 1.9 to 2 per barrel compared to an industry average of 3. Operating costs are also expected to decrease to US$7-8/bbl compared to about US$12/bbl at the company’s Cold Lake thermal project.

Imperial has said it expects that Aspen will deliver $500 million of annual free cash flow under US$60/bbl Brent oil pricing.

The company hit the pause button on the project less than six months after giving it the green light as a result of market access issues and overall industry uncertainty. It’s a major setback for a potentially game-changing technology, all because of Canada’s pipeline crisis.

Alberta and Ottawa have invested in advancing new technologies like SA-SAGD through funders like Emissions Reduction Alberta and Sustainable Development Technology Canada.

It is critical that not only does this investment continue, it grows. It will build opportunities for companies operating within Canada and those that will export to a growing global market.

Our federal government must help fuel the innovation ecosystem that will reduce the footprint of our fossil fuels and optimize the industry’s future.

For Canada, that’s our biggest prize.

— With a file from Nelson Bennett, Business in Vancouver 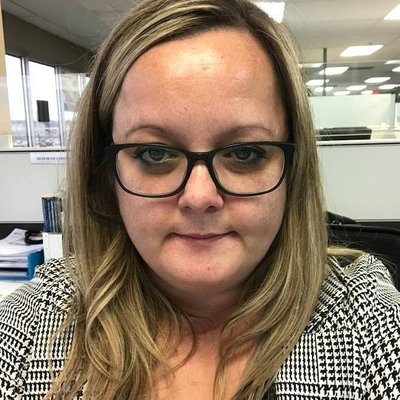 Deborah is the former editor of jwnenergy.com and oilsands editor for the Daily Oil Bulletin. She was editor of Oilsands Review magazine from its founding in 2006 to its close in 2017.