Lori Ackerman is Mayor of Fort St. John, B.C. This column was originally published in the Alaska Highway News.

With great interest and excitement, I have watched my colleague, Lisa Helps, the Mayor of Victoria, pave the path for a collaborative approach to bringing communities together to address the challenges posed by climate change.

Broadly speaking, this path is in line with a course currently being charted by my own city council in Fort St John.

First, Mayor Helps abandoned her push for municipalities to initiate a class-action lawsuit against energy companies, ultimately concluding that, “We have better things to do and more important things to do than throw stones at our neighbours.” I wholeheartedly agree and applaud Mayor Helps’ willingness to change her mind about these lawsuits.

Then Mayor Helps even travelled to Alberta to tour oilsands operations to gain a deeper perspective on the impressive advances our Canadian energy industry is making to limit its impacts on the environment.

After the trip, Mayor Helps explained that Canadians are living in two paradigms. One is represented by Fort St John, the center of British Columbia’s oil and gas industry and the other is represented by her city of Victoria, a coastal community that will have to adapt to the impacts of climate change but is still reliant on the use of fossil fuels.

That is why I am supporting a resolution passed by my council at the upcoming North Central Local Government Association (NCLGA) meeting on May 9th. The resolution should be viewed as the starting point for an ongoing dialogue amongst municipal leaders across the province about how local governments can deal with the threats of climate change.

The resolution specifically rejects the divisive lawsuits against the very energy companies we depend on and proclaims that “…writing letters, passing resolutions and filing class-action lawsuits in the name of ‘climate liability’ against major innovation drivers and employers is not an appropriate direction for BC municipalities.”

This is an important step to show that local officials agree that we are not going to try to scapegoat our problems on a certain industry. Instead, we all must work together to reduce emissions and make our communities more resilient to the impacts of climate change.

It also recognizes energy companies as “innovation drivers” and therefore a significant part of the solution, instead of the enemy. Especially here in Canada, our companies operate in adherence to some of the strictest environmental standards in the world and are already significantly reducing their greenhouse gas emissions.

Canadian Natural Resources Limited pointed this out in its response to a request for compensation for climate-related damages from Whistler. In its letter, the company stated that it has invested $3.1 billion since 2009 in the research and development of technologies to improve its environmental performance.

This investment has already allowed the company to reduce its greenhouse gas emissions intensity by 18 percent from 2013 to 2017 and decrease methane emissions by 71 percent in heavy oil operations since 2013. And this is just one of many examples of companies developing innovative ways to reduce their environmental impact.

The resolution also recognizes that our municipalities must also do our part to make our communities carbon neutral and points out that 98 percent of local governments in British Columbia are signatories to the Climate Action Charter. The Charter commits our communities to take actions to reduce emissions and create compact, energy efficient communities.

Although I am sure there will still be many challenges and disagreements ahead, I am confident that the two paradigms can choose cooperation in defining our future. We must work toward common grounds and eschew actions that unfairly assign blame and tear us apart. Should my peers vote in favour of Fort St John’s resolution at NCLGA, I believe it will signal that leaders across our diverse province are ready to work together and move forward on this critical issue. 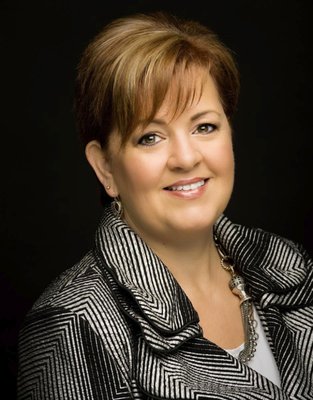