When flying into the Midland airport in West Texas, there was no doubt that I had arrived in oil country. It was a pleasant March afternoon and I could see drilling rigs on either side of the airport runway.

Pumpjacks were nodding in every direction as far as my eyes could see (see pictures below).

In a few short years, growth from the Permian Basin has catapulted the United States into the world’s largest crude oil producer, surpassing both Saudi Arabia and Russia in 2018. Over the past year alone, crude oil production from the Permian Basin grew by almost one million bbls/d. The EIA expects total production from the area will reach nearly 4.2 million bbls/d this month, supplying over 4% of global demand.

Not only has the United States has taken the lead position for global oil production, it has also taken the crown. The Permian Basin is now the largest oilfield in the world.

Saudi Arabia’s famous Ghawar oil field was thought to produce about 5 million bbls/d, however the big public reveal by Aramco last week showed that the giant field’s output has declined to 3.8 million bbls/d, well behind the Permian. 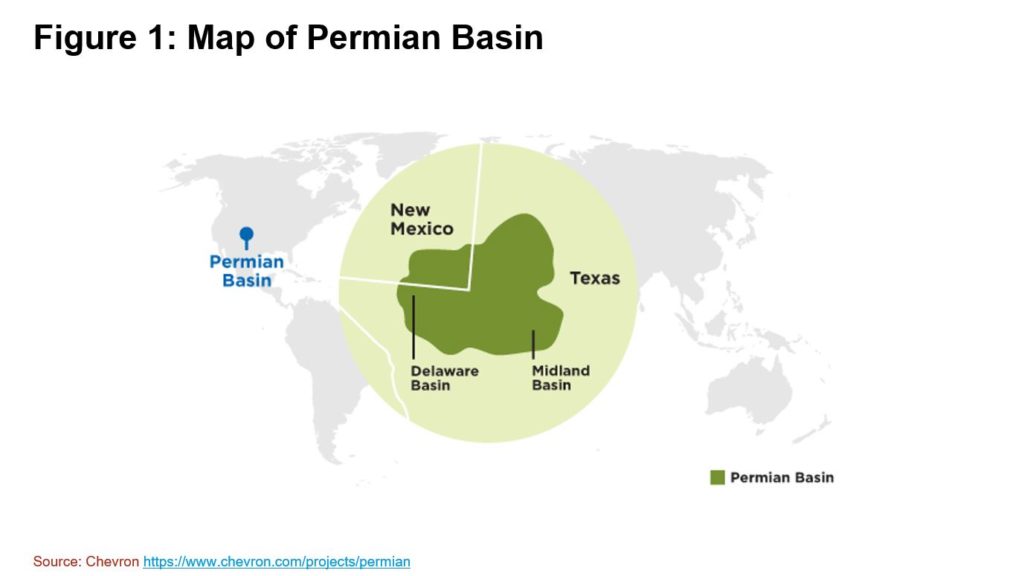 Permian oil was first discovered in the early 1920s. The first production peak was in the mid-1970s, reaching about 700,000 bbls/B/d. But over the next 30 years, “maturity” set in. Investment and production declined as a result of stagnant technology and weaker oil prices. Long-time locals still remember the difficult lessons learned from this prolonged oil market downturn, making them wary of overbuilding during the boom times.

Things started to pick up again in the 2000s, when $100 oil made punching standard vertical wells in the Permian economic again, just like it ever was. However, the real game changer came less than a decade ago, when the successful deployment of horizontal drilling and hydraulic fracturing started growing Permian production exponentially (see Figure 2). 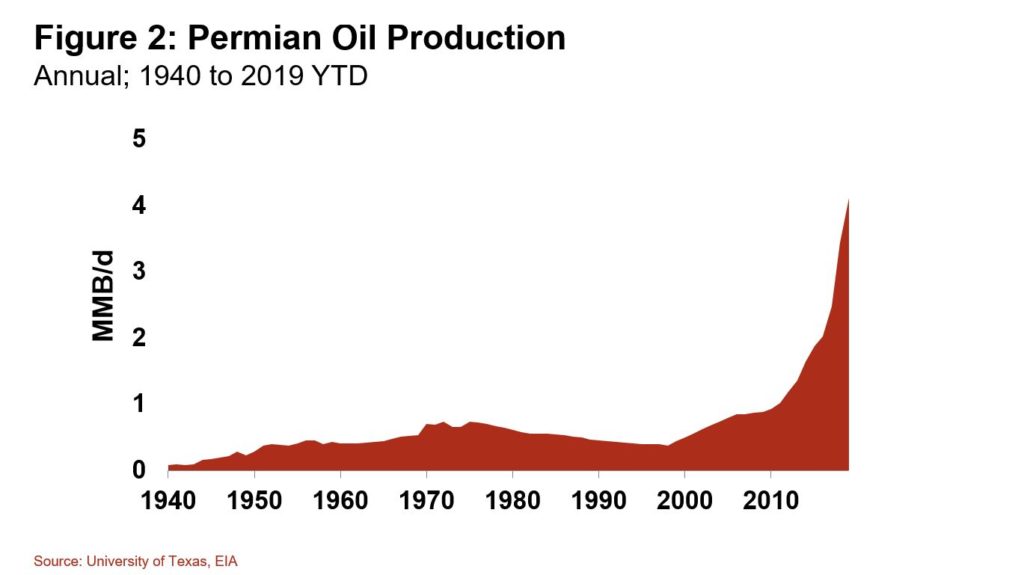 Touring around West Texas, it becomes obvious that the landscape and weather provide cost advantages for the local oil industry. The land is flat with little rain, making the construction of roads, pipelines and well pads a mostly trouble free, year-round activity.

The land does not provide much for competing uses, like farming or ranching, reducing local resistance to development. The local terrain also provides important input materials; domestic sand for fracking and a building material called Caliche, a natural cement that is used to construct well pads and roads.

The Not in My Backyard (NIMBY) attitude has not caught on in West Texas. Oil well sites are everywhere, including near homes, schools and businesses. It helps that some residents directly benefit from the oil industry, since they own the mineral rights under their properties. While not every property owner has the great fortune of mineral rights, in my short visit I met quite a few people who did.

While Permian pessimists tend to focus on the constraints to growth — including water, takeaway capacity and people – the locals insist that solutions are coming.

For fracking water, the use of subsurface produced water is becoming more common, providing a vast water source because the producing wells have high water cuts. While both oil and natural gas takeaway capacity out of the region has been tight, existing pipelines are adding capacity and greenfield projects are under construction.

Although local workers are hard to find in a boomtown, an army of new workers is arriving from other regions of the United States, and lately from Canada. Work camps, known as “man camps” in West Texas, are popping-up to house the region’s growing shadow population.

Some of the world’s largest oil producers are stepping up their investment in the Permian Basin. Collectively, the crude oil output of Shell, Exxon, BP, Chevron and Conoco Philips could grow by 1.5 million bbls/d over the next several years. Larger, independent oil producers are also investing, including Anadarko, Devon, EOG and Occidental. These larger companies are better positioned to fund their Permian growth and they are likely to bring new innovation to the basin. Their research and development expertise should increase oil recovery rates; their larger scale should push down costs; plus they may have better success at applying digital innovations to reduce cost and find more oil.

There are concerns that productivity in the region could slow because of resource limitations and subsurface technical issues, but the innovation and investment capital brought by larger companies could help to offset some of these trends.

There are plenty of naysayers on the potential for the Permian to keep growing. However, betting against this West Texas powerhouse hasn’t been a good call over the last few years. And while there is admittedly plenty of uncertainty, my on-the-ground wager is that the Permian will keep growing for sometime to come. 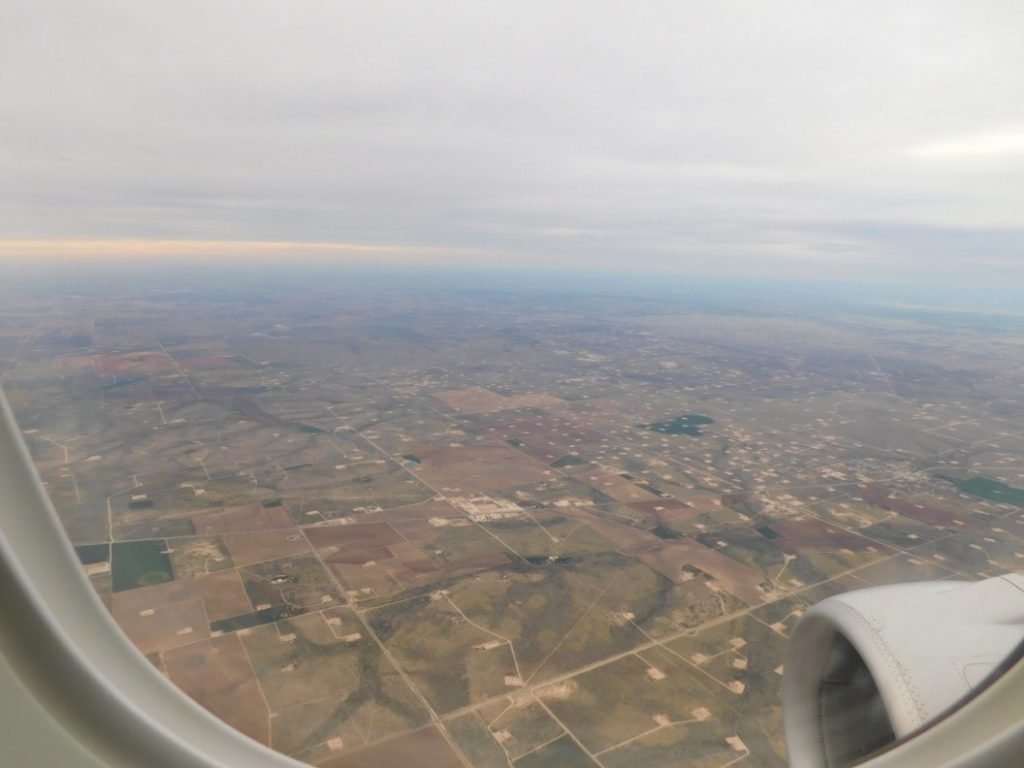 Flying into the Midland Airport in West Texas, there was no doubt I had arrived in oil country. 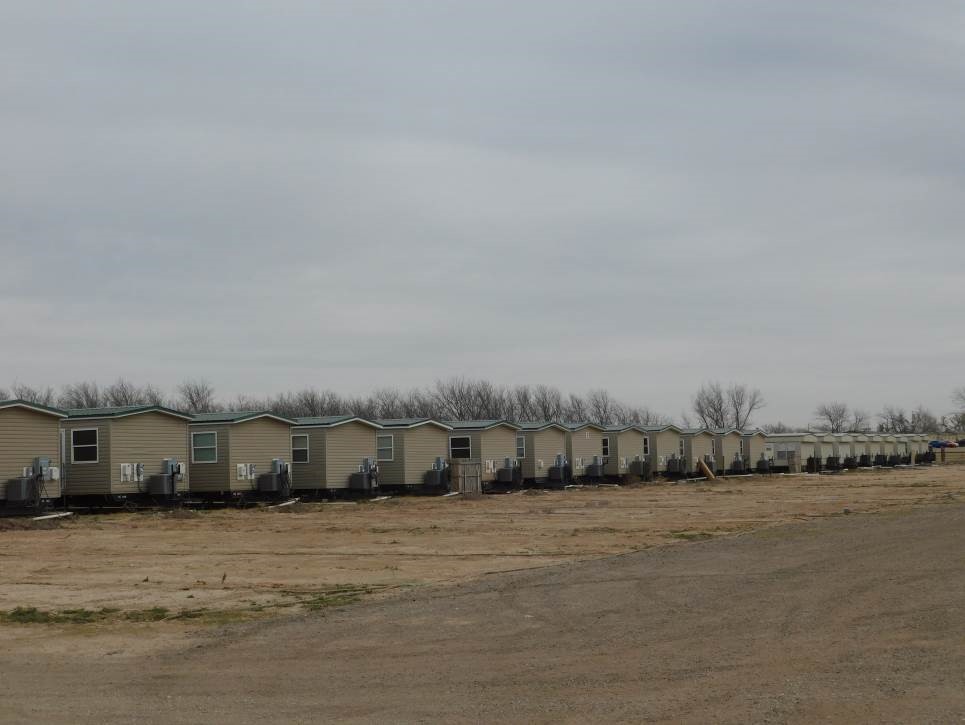 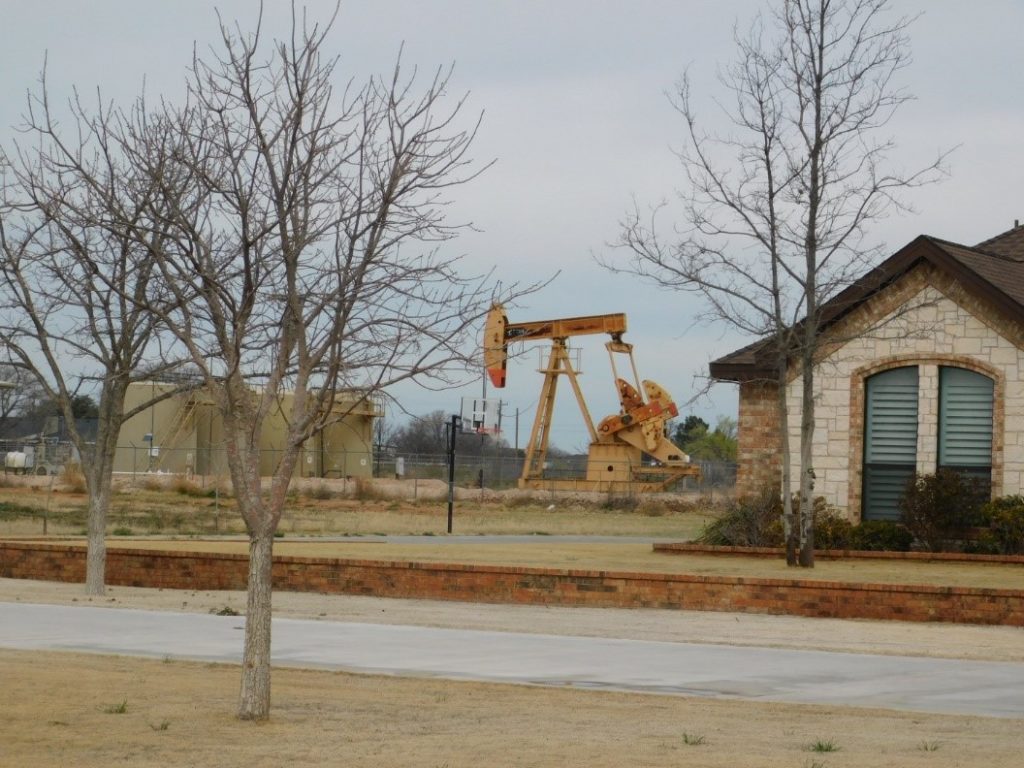 The Not in my Backyard (NIMBY) attitude has not arrived in West Texas. 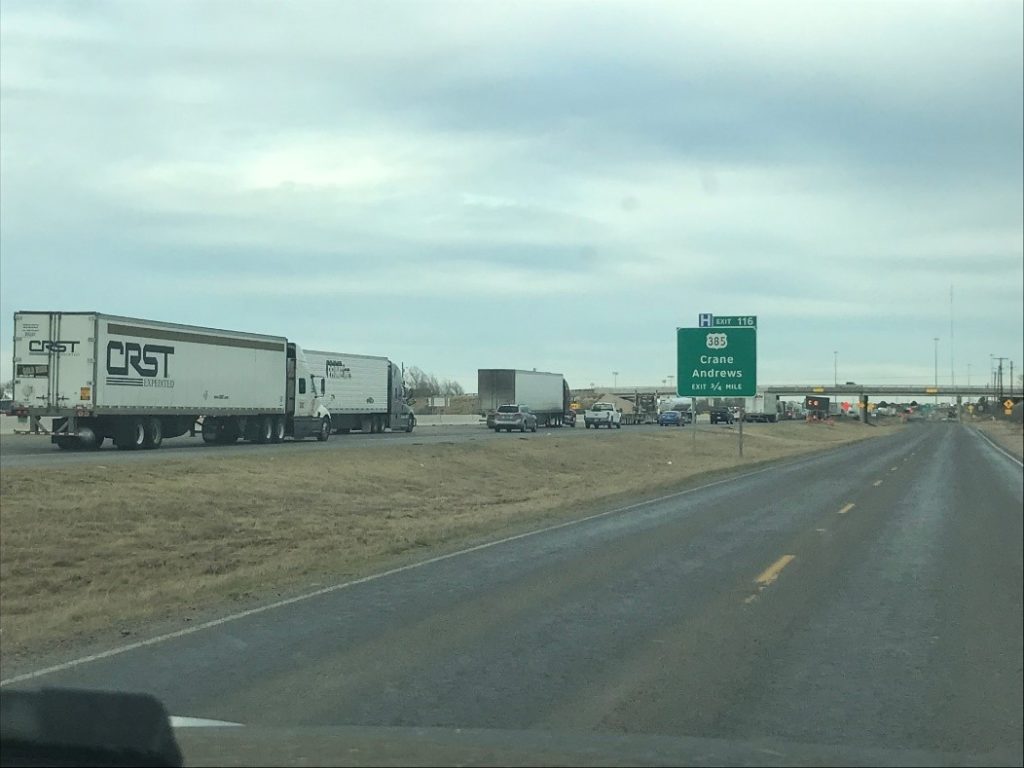 Traffic jams are a frequent occurrence.

In many places, nodding pump jacks from older vertical wells are seen in every direction. 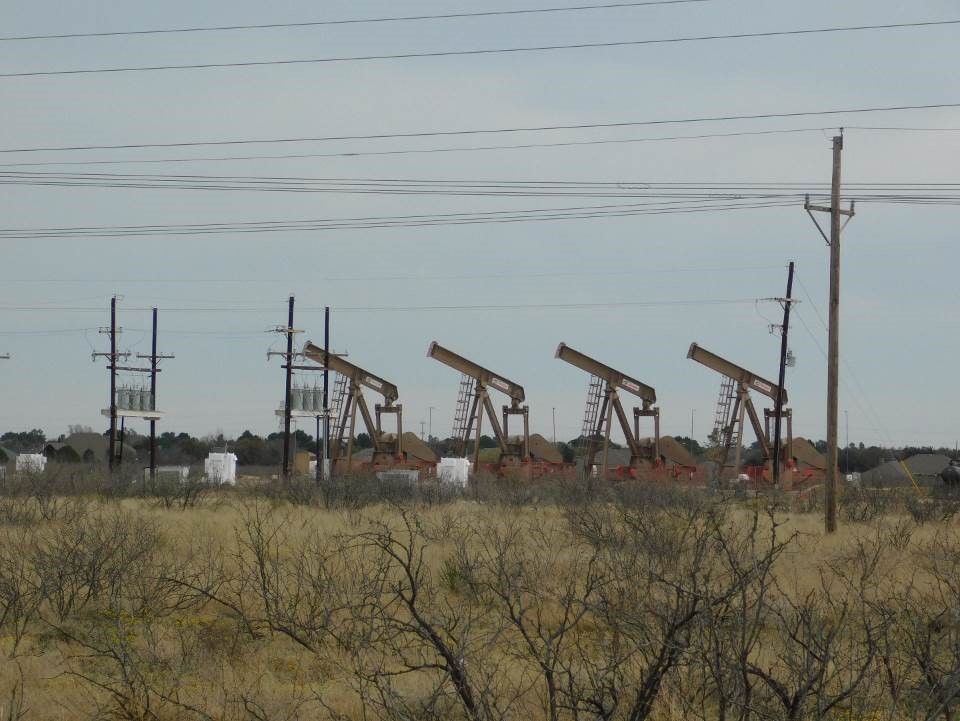 New pad developments are easy to pick out, often a tight group of 4 or 5 pumpjacks or more.