Gary Mar is president and CEO of the Petroleum Services Association of Canada.

On March 22, 2019, my board Chairman and I represented the Petroleum Services Association of Canada (PSAC) before the Standing Senate Committee on Energy, the Environment and Natural Resources.

We were testifying on behalf of PSAC member companies, offering their views and perspectives on Bill C-69, which would enact the Impact Assessment Act and the Canadian Energy Regulator Act, as well as amend the Navigation Protection Act and a number of other acts.

It has been widely criticized as likely to further delay and discourage investment in Canadian pipelines, mines and other resource infrastructure. Its “green agenda” threatens to trump economic considerations while adding new layers of bureaucracy, higher costs, longer delays and more uncertainty on Canada’s resource sector.

In preparing to appear before the Committee, we struggled with what we could present that hadn’t already been said many times before by other parties as deeply distressed as we are with the disastrous consequences this bill portends. Nevertheless, we felt it necessary to reiterate the issues of deep concern that had also come to the fore in our own assessment of the bill’s likely impact.

We pointed out that what began in 2014 as a downturn due to low commodity prices, a situation outside of the control of a federal or provincial government, has escalated into a dramatic flight of capital from Canada in response to factors that are within the control of governments.

At a time when investors are looking for regulatory certainty and firm timelines, Bill C-69 in its current form threatens the opposite. Canada will continue to sacrifice billions of dollars of economic prosperity and growth even as jobs continue their flight to other countries.

One of the biggest problems with Bill C-69 is that it would give the federal environment minister added discretionary power on deciding whether a project goes ahead or not. This politicization of the process has been roundly criticized by numerous thoughtful commentators, including the four Atlantic Premiers (including three Liberals) who told the Prime Minister that Bill C-69 in its current form “will not meet the dual objectives of environmental protection and economic growth.”

They went on to say that a particular concern is that the bill “places final decision-making power in the hands of the Minister or Governor in Council and provides the opportunity to veto the results of thorough scientific assessment and review of evidence.”

Telling the Committee that PSAC shares this concern added nothing new to the debate. What is new is a key lesson coming out of the ongoing SNC-Lavalin saga.

In that regard, we reminded the Committee that one of the purposes of administrative law is to take political decisions out of the hands of politicians and place it in the hands of subject experts. That’s what we seek: subject experts able to move the process forward in an objective manner.

Legislators have the key responsibility of establishing the parameters within which such quasi-judicial administrative bodies exercise their authority. They then need to stand out of the way and let their handiwork prove itself.

The problem with politicizing the process by adding a ministerial override is that you will invariably have other ministers, MPs, and others with agendas lobbying the minister in question to exercise his or her discretion in a certain way. The clear danger is that issues of national interest may be forced to take a back seat to those of political interest.

Our advice to the Committee? If you don’t want the PMO, or ministers, or others exercising undue pressure upon an individual minister, then take away that possibility. The process must not be politicized.

Let’s take to heart what the PM himself said about the SNC-Lavalin affair: “We will stand up and defend and create jobs, and we will always defend our institutions and rule of law.”

By all means, create new and better institutions and laws as they deal with resource development, but then stand out of the way and let them work with certainty, objectivity and timeliness to restore investor confidence and bring back those jobs for Canadians. 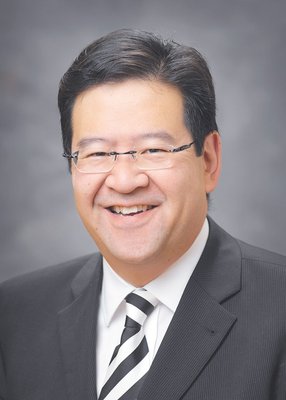 Gary Mar, Q.C. is president and CEO of the Petroleum Services Association of Canada (PSAC).