Canada has long depended on a single market for its exports of energy. This over-reliance on one customer, the United States, carries significant risks.

That became evident in recent years as the U.S. ramped up its production of oil, natural gas and other energy products while the prices Canada receives for its energy generally slumped.

As the International Energy Agency notes in a new report, “The United States is increasingly leading the expansion in global oil supplies.” In 2018, the U.S. became a net crude oil and refined petroleum products exporter.

America’s emergence as a global hydrocarbon superpower has been underpinned by growing production of shale-based oil and natural gas in Texas, New Mexico, North Dakota, Pennsylvania and a handful of other states.

But it takes time and effort to create market conditions that shift a nation from being a net importer to a net exporter. Infrastructure to move energy to markets is one necessity, along with tax and regulatory rules that attract capital, spur entrepreneurial activity and recognize the nuances of competitive advantage. These supporting factors have been in place in the United States for more than a decade.

Meanwhile, the Canadian oil industry – the largest component of our energy sector and a huge contributor to Canada’s export earnings – has been hammered by persistent price discounts relative to U.S. benchmarks, escalating government-imposed costs, an ever-more complex regulatory environment and a paucity of new infrastructure.

Canada has also been handicapped by endless navel gazing and hand-wringing on environmental performance, and the continuous ‘revitalizing’ of project review processes that are repelling investment.

Granted, Canadian policy-makers are grappling with legitimate concerns about climate change that can’t be ignored.

However, killing the Canadian oil industry will do precisely nothing to curb global greenhouse gas emissions or help the world’s climate. Indeed, if Canada ceased to exist tomorrow, the resulting drop in emissions would be equivalent to roughly one month of Chinese emissions.

To transport oil, the safest and most efficient method is pipelines. So it’s no coincidence that this is where the American-funded environmental groups agitating to shut down the Western Canadian oil industry have focused their efforts.

Looked at in a North American context, the irony of the situation is hard to overstate.

Since 2008, a whopping 58,255 kilometres of new crude oil pipelines have been added to the U.S. network. Despite steadily rising oil production, Canada has added zero kilometres of new pipelines over the same period. As a consequence, a growing fraction of Canada’s energy wealth risks becoming stranded, at a time when the U.S. is working hard to boost its own position as a global oil supplier and exporter.

Former U.S. president Barack Obama recently spoke to adoring audiences in Vancouver and Calgary. Part of his message was a gentle admonition to Canada to quicken the shift to a low-carbon economy, which presumably includes scaling back the production of fossil fuels.

Yet on Obama’s watch, the United States almost doubled its domestic output of crude oil and natural gas, and dramatically expanded the pipeline networks required to ship these products. That’s a story that Obama neglected to tell his Canadian audiences.

The United States is now the world’s number one producer of crude oil and boasts an expanding presence in regional and international natural gas markets. The U.S. is exporting liquefied natural gas (LNG), while Canada struggles to advance a single LNG production facility.

When it comes to energy development and policy, Canadians should watch what the U.S. actually does and pay less attention to the musings of its politicians and the advice offered by its vast army of environmental lobbyists. 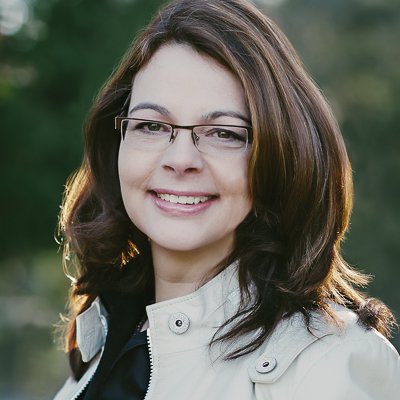 Denise Mullen is director of environment and sustainability at the Business Council of B.C.

Jock Finlayson is executive vice-president of the Business Council of British Columbia.