As the inevitable resumption of protests against the Trans Mountain pipeline project hovers into view, a growing schism is being played out between the environmental protest movement and some First Nations leaders.

While non-aboriginal protesters find it easy to take on natural resource companies and various governments, they may find it much tougher to pick a sustained fight with First Nations who support the projects they oppose.

While many First Nations oppose the project (Indigenous people built the protest Watch House next to the Burnaby Mountain tank farm) more than 30 First Nations actually support it as an economic development vehicle to address issues such as poverty, health care and education.

And First Nations leaders are starting to speak out in favour of other projects, such as the LNG Canada project in Kitimat.

This is an important development because up until now, many First Nations have opted not to participate in the public debate on these kinds of projects.

The First Nations LNG Alliance was formed several years ago, but it is getting more vocal in its support. Its CEO, Karen Ogen-Toews, recently penned an op-ed piece in The Province newspaper with a passionate argument for supporting the LNG Canada project.

“I’ve seen the social issues, the astronomical unemployment rates, the child-welfare cases, the suicides, the addictions, the low levels of education, the poor housing conditions.”

Addressing those issues, she pointed out, is the reason why 20 First Nations along the pipeline route support the project.

Crystal Smith, the chief councillor of the Haisla First Nations, recently took aim at a First Nations umbrella organization that has aligned itself with the environmental protesters.

“Given the large First Nations support for the Coast Gas link, I am disappointed that the Union of B.C. Indian Chiefs is choosing to stoke the flames of the conflict regarding the Wet’suwet’en issue, rather than stand in support of 20 Nations which have signed agreements for the natural gas pipeline,” Smith told a Natural Resources Forum in Prince George.

Cheam First Nations leader Ernie Crey, in particular, has been critical of both First Nations and protesters who oppose Trans Mountain.

“I respect the grey beards in the Indigenous community but their opposition to the petroleum sector is harming us & will undermine the future of our young folks who want & need jobs,” Crey recently tweeted. “The future belongs to the young, not to those of us who are either retired or near retirement.”

And former Haisla councilor Ellis Ross, now a BC Liberal MLA, had this to say on Twitter:

“I see that some environmentalists think that to aid in their campaigns against resource projects in B.C., all they need do is scare up a few hereditary chiefs and use them as they would a wreath of garlic to fend off vampires. They best think again.”

You can expect this schism between First Nations and the environmental protest movement will continue to widen - not shrink. 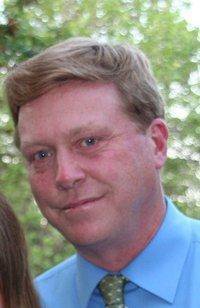 Keith Baldrey is chief political reporter for Global BC