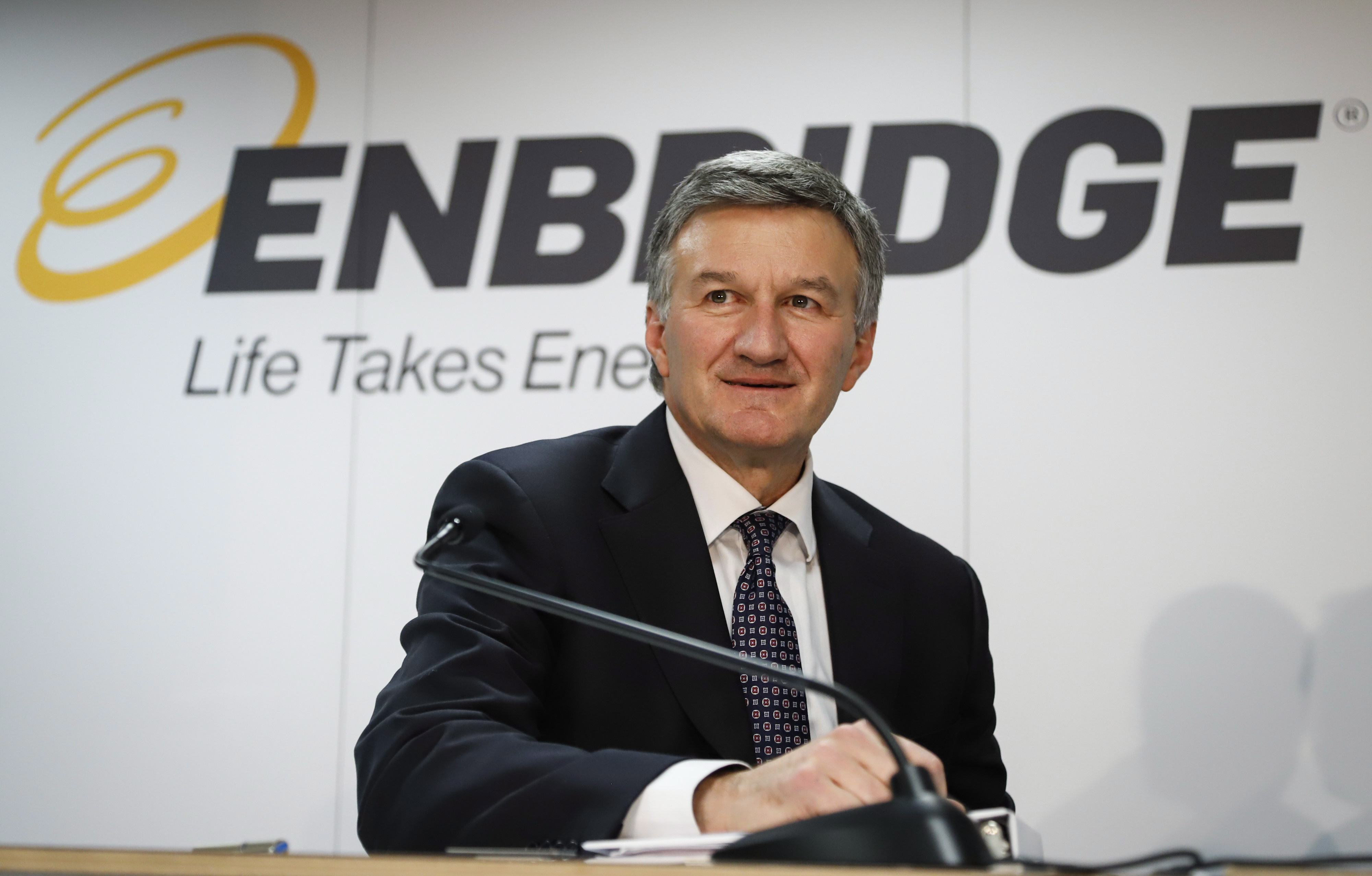 In August, Enbridge started the regulatory process for a new natural gas liquids extraction plant (or “straddle plant”) and associated pipeline in Northeast B.C. with a projected capital cost of $2.5 billion.

The company filed an application for the project, called Frontier, with the B.C. Environmental Assessment Office.

It would be B.C.’s second straddle plant; whereas there are eight in Alberta, noted GMP FirstEnergy analyst Ian Gillies.

9. Over a barrel: Documentary breaks down foreign funding of opposition to Canadian oil and gas 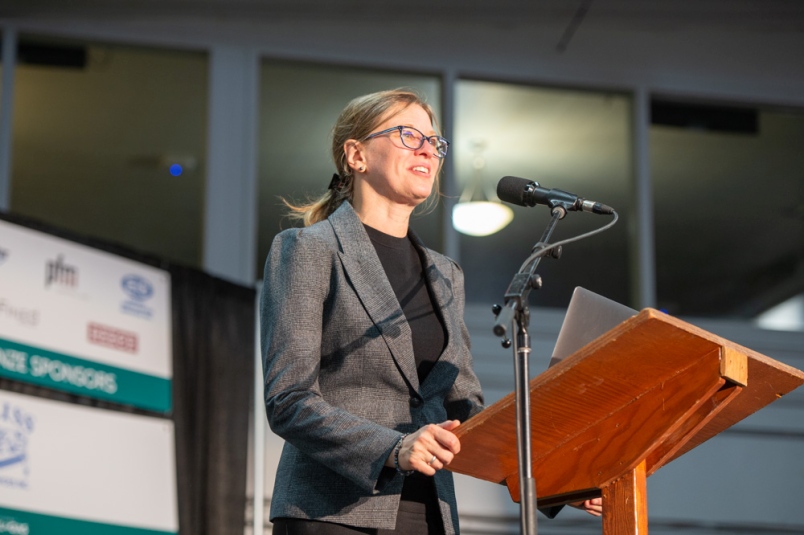 Writer and researcher Vivian Krause’ documentary, Over a Barrel, was released on Oct. 8 after showings in Calgary and Edmonton.

The 32-minute film distills the research Krause has conducted since 2010 documenting foreign funding of groups that have been working to landlock and cut off Canadian oil.

Krause traces the coordinated opposition to oil, gas and pipelines in Canada to the “Tar Sands Campaign,” which she stumbled across in June 2010. Her research shows this campaign has largely been funded by powerful U.S. groups such as the Tides Foundation and the Rockefeller Brothers Fund. 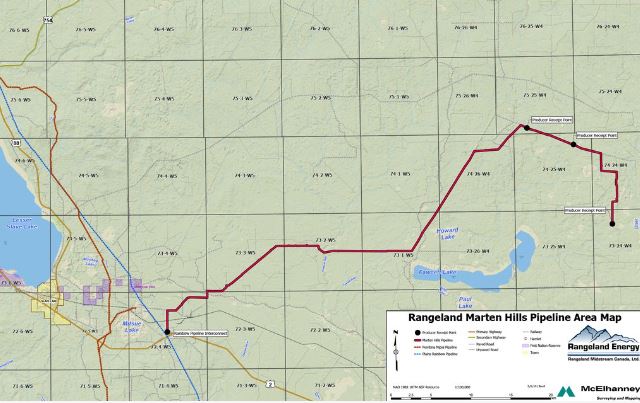 The system consists of new crude oil and condensate pipelines located in the Marten Hills region of north-central Alberta. It will extend approximately 85 kilometres, terminating at an interconnect with Plains Midstream Canada’s Rainbow pipeline system, which serves the Edmonton hub and refining market.

The Marten Hills system is expected to come into service in the second quarter of 2020. 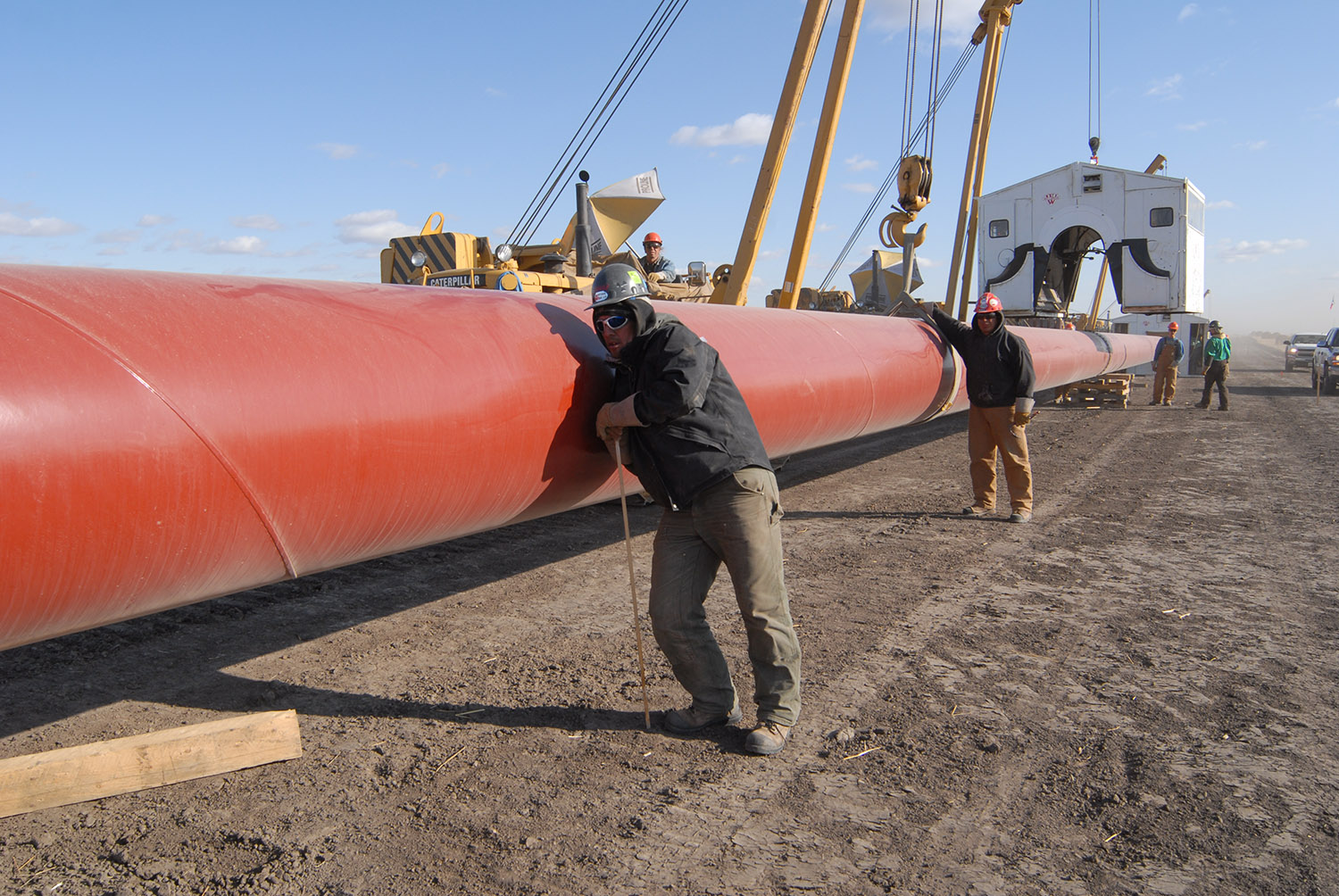 In September, a new transcontinental pipeline project similar in concept to the defunct Energy East project was announced in its formative stages.

It’s early on for Canadian Prosperity Pipelines Corporation, but their idea is to transport oil from Hardisty, Alberta, to Saint John, New Brunswick, and a marine tanker terminal for potential export.

As a matter of course, the mainline would pass through Saskatchewan, Manitoba, Ontario and Quebec to get there. The project is called the Canadian Prosperity Pipeline Project, or CP3, and is expected to cost $23 billion.

(Canadian Prosperity Pipelines founder Duane Lauritsen died suddenly on Nov. 5, but executives say they are continuing with his vision).

One of the reasons the Trudeau government said it bought the Trans Mountain pipeline and its expansion project was jobs. Lots of jobs.

So many jobs that the project would pump a lot of money into the economy. Jobs are also why a consortium of Indigenous communities is considering buying the project.

According to Trans Mountain, it has done exactly that.

“As of September 30, Trans Mountain and our contractors have hired more than 2,200 people for the Project, with a focus on Indigenous, local and regional workers,” said a Trans Mountain news release. 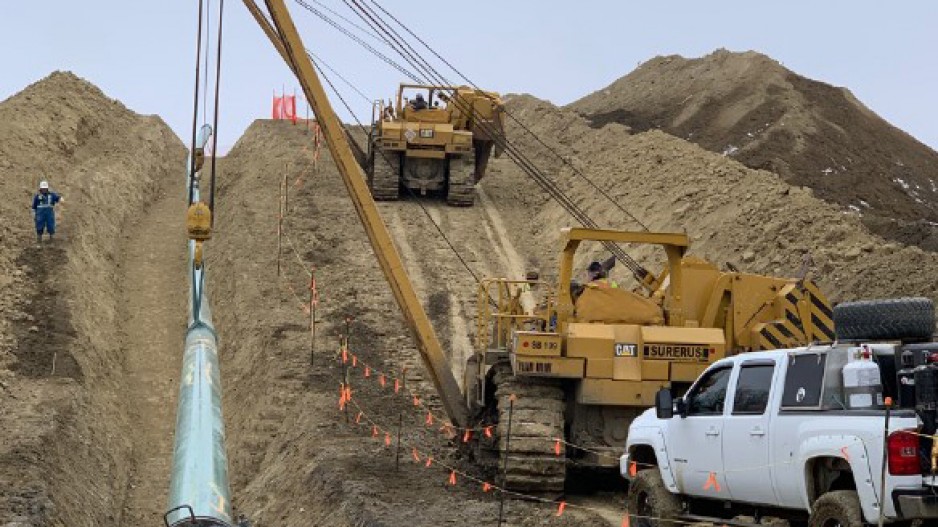 A new $470 million pipeline is being built in Alberta that will allow for production of an additional one billion barrels of light oil, but most Canadians have probably never heard of it.

It has received little media attention outside of Alberta and appears to have generated little if any attention or objections from environmental groups.

And though it is being built to facilitate enhanced oil recovery, it will sequester so much CO2 – up to 1.8 megatonnes annually – that, at full capacity, it will have the same effect as taking 339,000 cars off the road each year, according to Natural Resources Canada.

The Alberta Carbon Trunk Line, when completed, will be the world’s largest CO2 pipeline. The 240-kilometre pipeline will collect captured CO2 from a fertilizer plant and the new Sturgeon Refinery near Edmonton, and pipe it to mature conventional oilfields near Clive, Alberta. 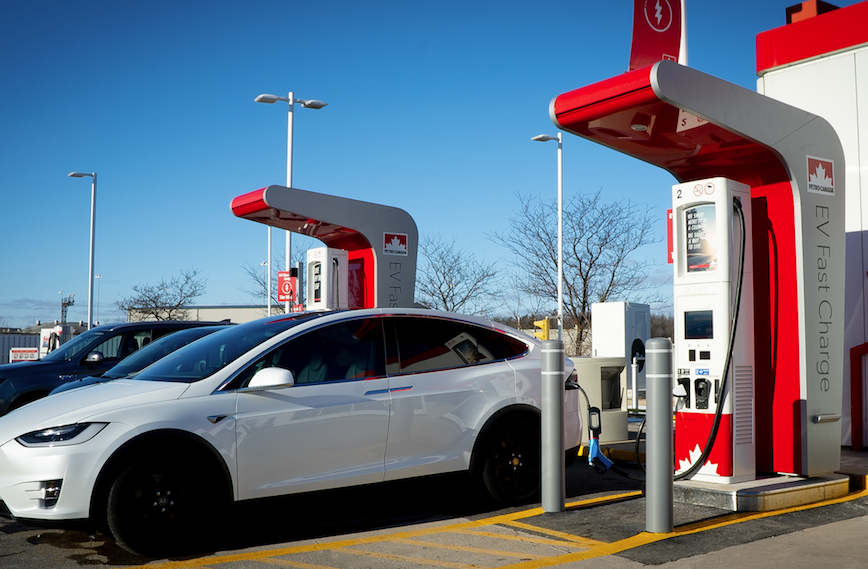 More than 50 EV stations would be located along the Trans-Canada highway at strategically located Petro-Canada stations from Nova Scotia to British Columbia, said the company, which is part of Suncor Energy.

(On December 17 Suncor announced that the project is complete).

3. North America’s largest mobile land rig on the way from Nisku to Alaska 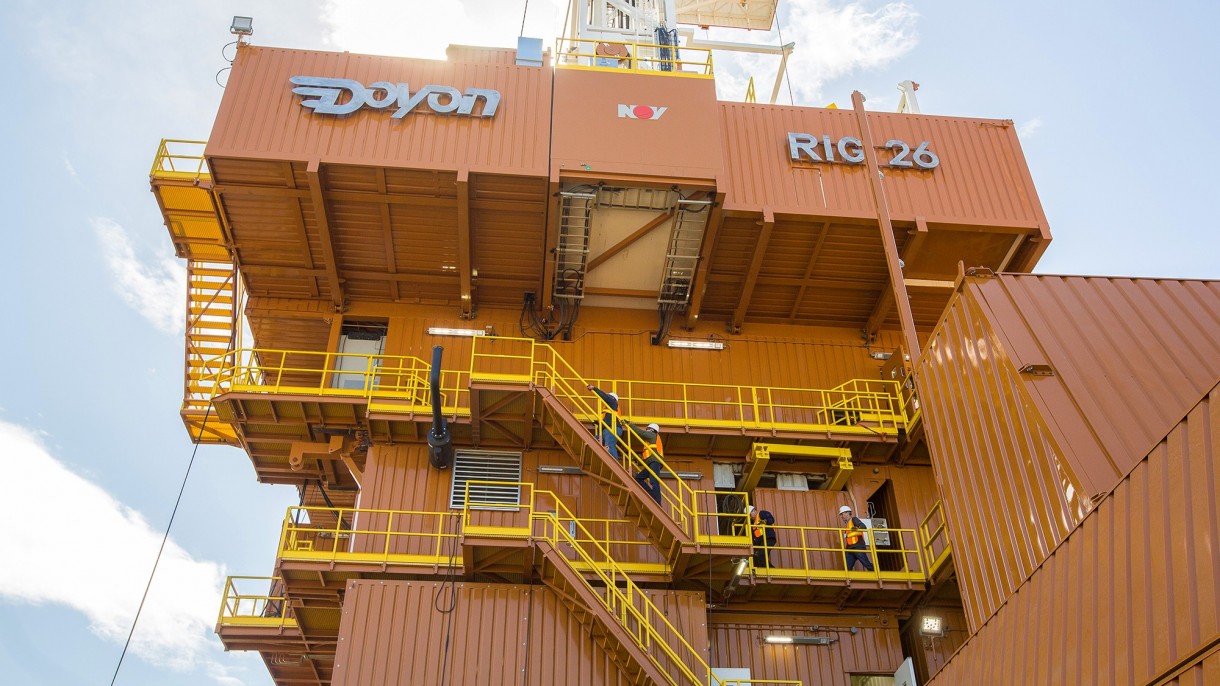 This summer, ConocoPhillips said that the largest mobile land rig in North America was on its way from a National Oilwell Varco fabrication shop in Nisku to Alaska’s North Slope, where it will unlock previously unreachable oil resources.

The extended reach drilling system, called Doyon 26, is estimated to be 1.5 to 2 times as powerful as existing rigs; a “game-changer” for ConocoPhillips Alaska, the company said on its Spirit Now web publication.

(The cover photo for this article is of Doyon 26. Image: ConocoPhillips) 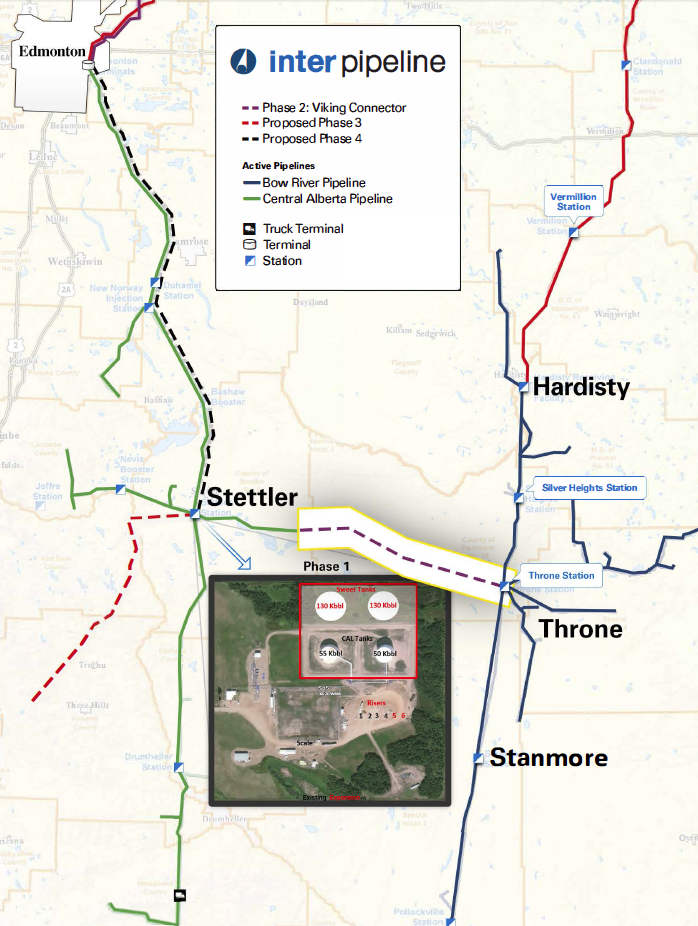 In August, Inter Pipeline Ltd. announced commercial support and the start of construction for a new $100-million crude oil pipeline connecting production in east-central Alberta to the Edmonton market hub.

The company said that construction would commence immediately on the new project, called the Viking Connector. 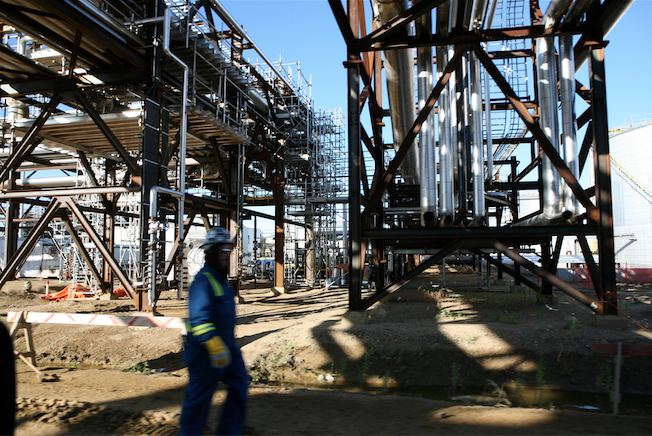 Headlined “This is the world's most destructive oil operation—and it's growing,” from its first sentence to its last, the article was bursting with factual errors and omissions that dramatically change the narrative to suit an uninformed and incorrect vision of the industry and its impacts.

JWN published a list of 12 major errors and issues within the text. Over the following weeks, broad response from our readers and others resulted in National Geographic issuing two updates to the article, the second of which addressed nearly every error and problem we had identified, and added new commentary from the Canadian Association of Petroleum Producers and the Oil Sands Community Alliance.