The evolving and expanding market for electric vehicles will have a substantial impact on global copper demand, according to the Virginia-based Copper Development Association.

According to the US Geological Survey to date, roughly 700 million tonnes (or more than 1.5 trillion pounds) of copper have been produced around the world.

This would fit into a cube measuring about 430 meters on a side and at today’s price would be worth more than $4 trillion. Around 21 million tonnes of copper is mined each year.

Of the identified copper that has yet to be taken out of the ground, about 65% is found in just five countries: Chile, Australia, Peru, Mexico, and the United States.

MINING.COM and sister company Mining Intelligence compiled a list of the top 10 largest copper deposits currently under development and ranked them according to proven and probable reserves, a measure of economically mineable ore occurring in the mineral deposit. 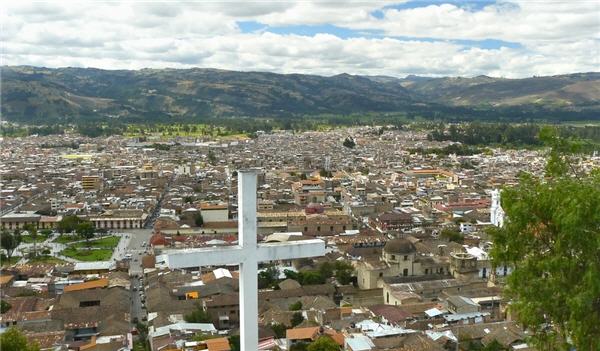 Galeno is a copper-gold project currently in the feasibility stage, situated in the northern region of Cajamarca, Peru. It is jointly owned by China Minmetals and Jiangxi Copper. 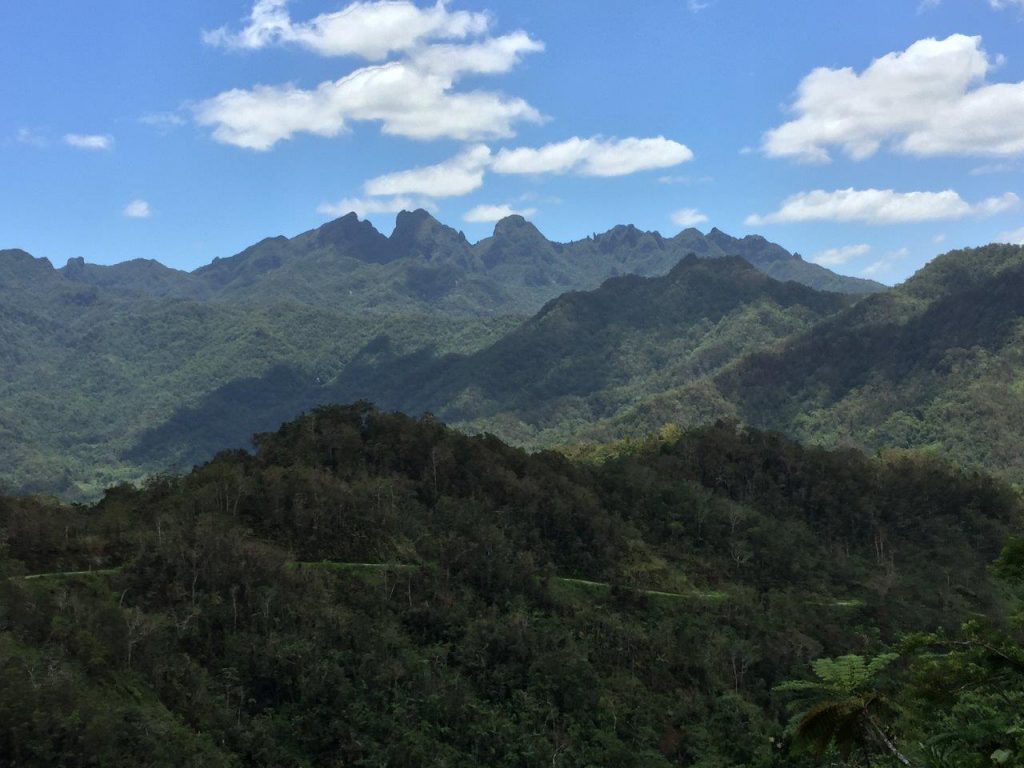 Namosi is being advanced by Newcrest Mining and is located in the Namosi and Naitasiri provinces of Fiji. Exploration is currently focused on the Waisoi copper-gold project, currently in pre-feasibility phase. 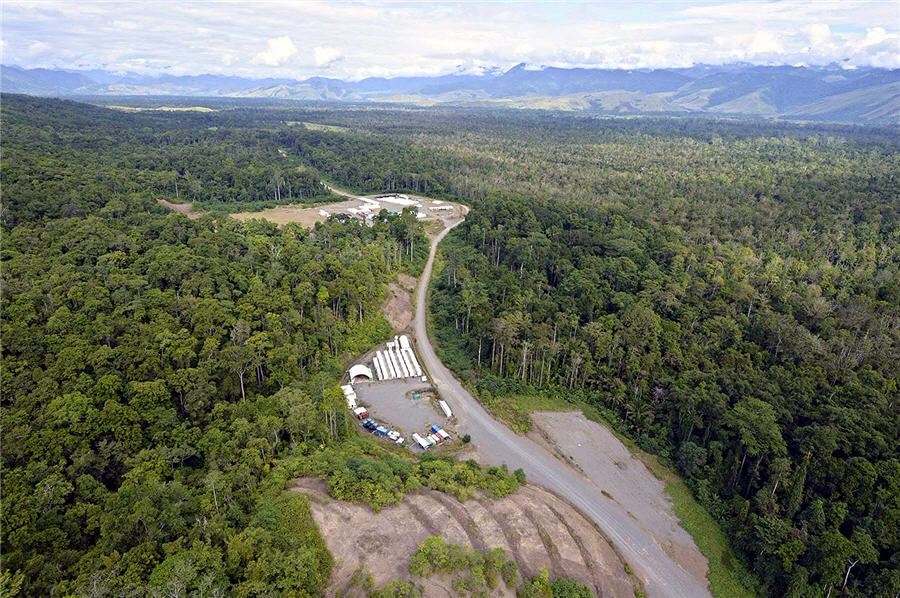 The Wafi-Golpu joint venture operated by Australia’s Newcrest Mining and South-Africa-based Harmony Gold is an advanced exploration project located in the Morobe province of Papua New Guinea. Annual production is expected to peak in 2025 at 320,000 ounces of gold and 150,000 tonnes of copper. 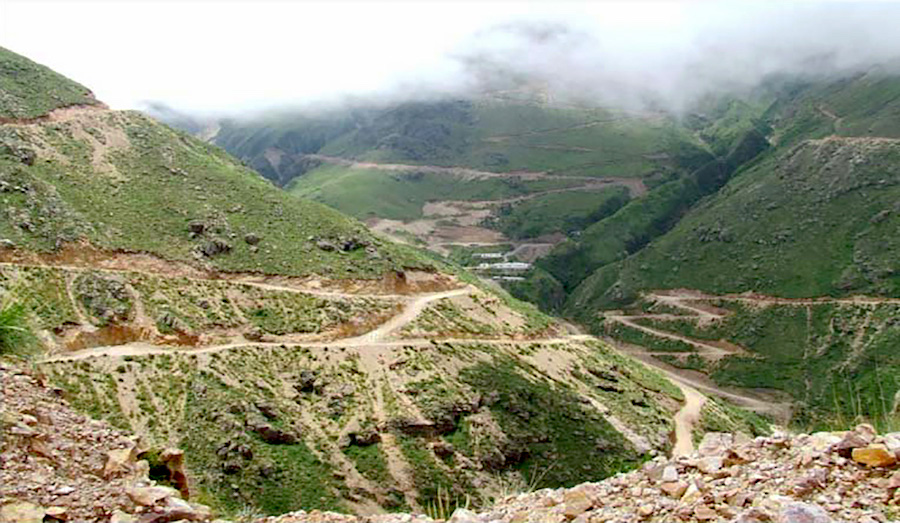 Agua Rica is located in the northwestern Argentinean province of Catamarca. (Image courtesy of Sandstorm Gold)

Situated in Catamarca province, northwest Argentina, the Agua Rica gold-copper project is jointly owned by Canada’s Yamana Gold, Swiss commodities trader Glencore and the world’s largest gold miner Newmont Goldcorp. The companies signed an agreement this year to develop the project using infrastructure and facilities at their existing ventures in the country. 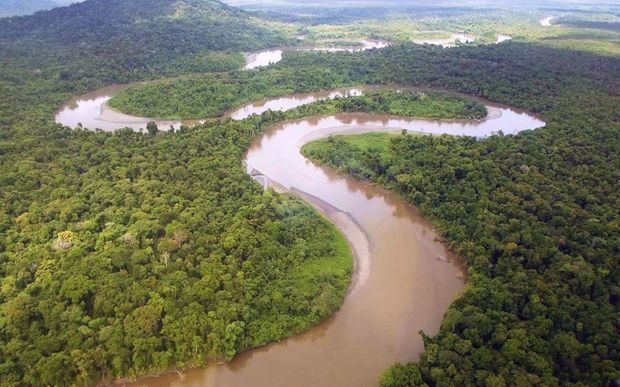 Jointly owned by Cobalt 27’s Highlands Pacific and a Chinese company, Frieda River represents one of the biggest copper-gold deposits in the Asia-Pacific region. The mine is estimated to produce 175,000 tonnes of copper and 230,000 ounces of gold during a 33-year mine life. 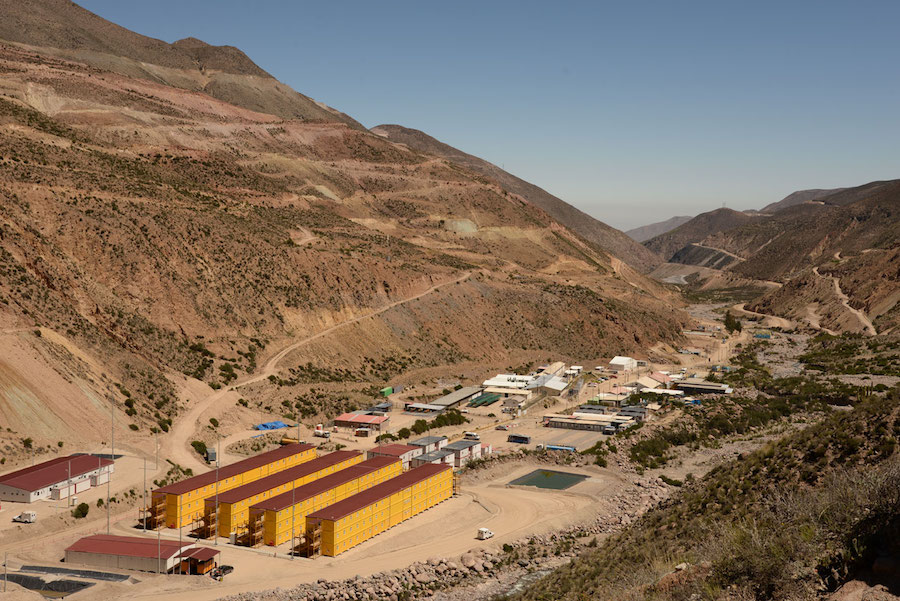 Anglo American’s Quellaveco copper project is a proposed open-pit mine located in the Moquegua region of Peru. First production at Quellaveco is expected in 2022, with production capacity of 300,000 tonnes annually in the first 10 years of operation. 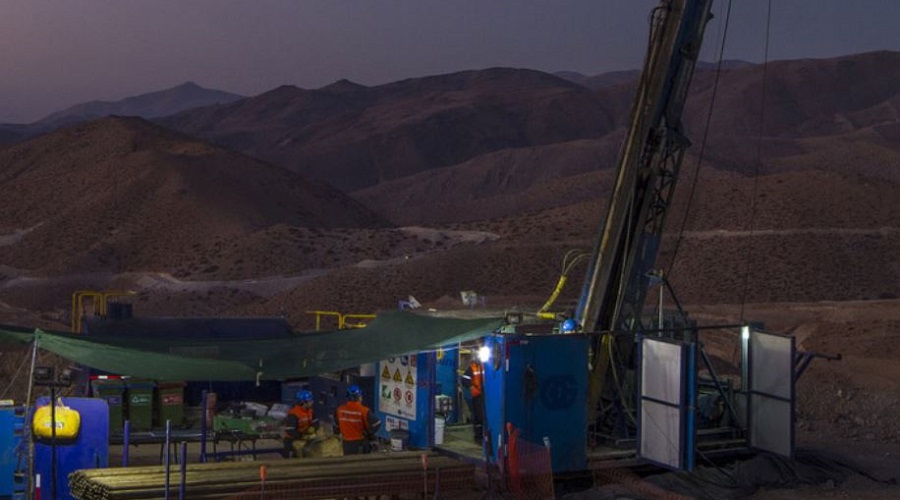 Located in the Atacama region of Chile, Nueva Unión is one of the largest undeveloped copper-gold-molybdenum projects in the Americas. It is a 50/50 joint venture between Teck and Newmont Goldcorp. Annual copper production is estimated at 224,000 tonnes during first 5 years of production. 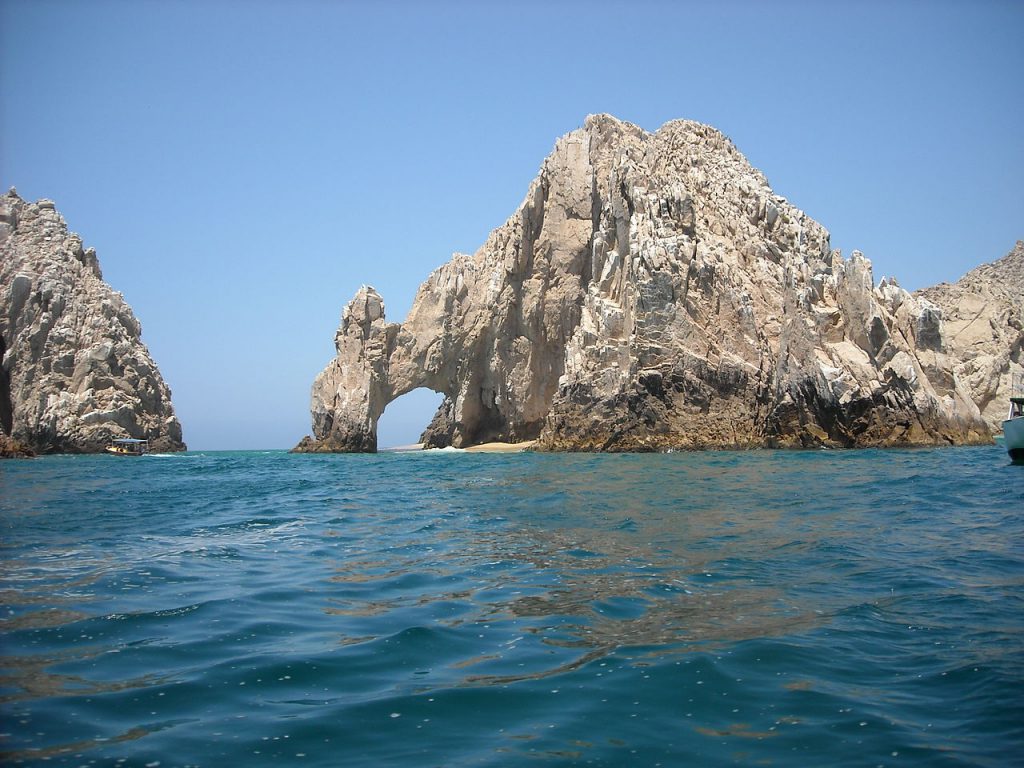 The arch of Cabo San Lucas at the southern tip of Mexico’s Baja California Peninsula. The arch is locally known as ‘El Arco.’ Wikimedia Commons

The El Arco deposit in Baja California is owned by Southern Copper Corp., a unit of Mexican conglomerate Grupo México. The project has the potential to become a 190,000-tonne copper and 105,000-ounce gold mine but likely not before 2025 as the company focuses on another major project called Tia Maria.

Kamoa-Kakula is a high-grade copper project with targeted annual production of more than 700,000 tonnes at its peak. First production from phase one of the project could be as early as end-2021. The project is a joint venture between Vancouver’s Ivanhoe Mines, China’s Zijin Mining Group and the DRC government. 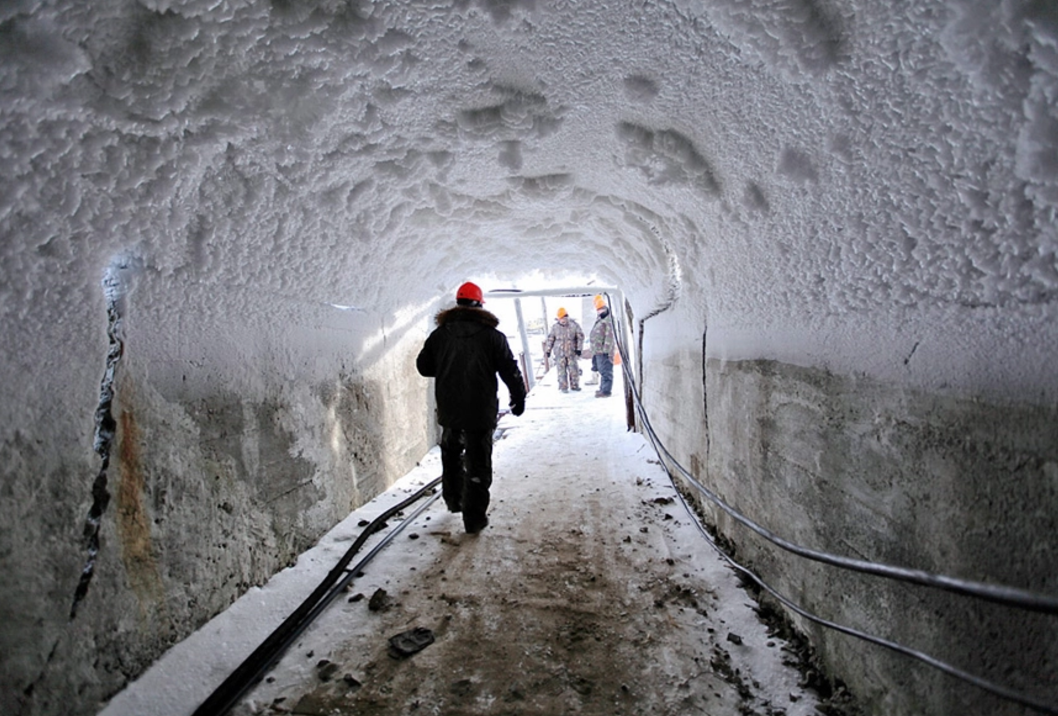 Udokan is the largest undeveloped copper deposit in Russia and one of the biggest in the world. Image: Baikal Mining

With approximately 15 million tonnes of contained copper, Udokan is considered the largest undeveloped copper deposit in Russia and one of the biggest in the world. It is operated by Russian billionaire Alisher Usmanov’s Baikal Mining Company.

Large projects that fall outside the top ten include Vancouver-based Teck Resources and Newmont Goldcorp’s Galore Creek project in British Columbia, another Teck property Schaft Creek also in BC, Rosemont in Arizona which is being advanced by Hudbay Minerals and Pumpkin Hollow owned by Nevada Copper which is set to go into production before the end of 2019.

Resolution Copper, the massive project in Arizona jointly owned by Rio Tinto and BHP, has no reserves outlined yet, although resources come in at more than 10m tonnes contained copper measured and indicated.

Long time number two project under development Cobre Panama, owned by Canadian copper giant First Quantum Minerals, went into commercial production in October and now counts among the top 20 largest copper mines in the world. At maximum capacity the mine could reach output of 375,000 tonnes per year.

(This article first appeared on MINING.COM)

Algonquin Power & Utilities Corp. says it has signed a deal to sell a stake in a portfolio of operating…

Algonquin Power & Utilities Corp. says it has signed a deal to sell a stake in a portfolio of operating…