Cults obey a logic of their own rather than following the parameters of mainstream logic.

Climate zealots who concertedly blockaded bridges and important public roads in order to help the planet against climate change defy common logic. Blockading traffic and at times endangering tens of thousands of commuters to pressure governments to listen to their eco-demands hurts more than helps the environment.

Vehicle emissions pollute the air and harm the environment by adding carbon dioxide (CO2) into the air. CO2 accelerates the greenhouse effects, which in turn, protestors believe, induces conditions for catastrophic climate change.

Driving more and longer using petrol harms the planet, as do idling engines. So when protestors push people to drive longer and slower around their blockades or force people to idle for long periods, they’re harming the environment.

An average modern vehicle operating normally emits about 2.4 kg of CO2 per litre of gasoline. Older vehicles emit even more. And a variety of smog-causing agents, volatile organic compounds, carbon monoxide (a poisonous gas) and various nitrogen oxides also come out of a tail pipe.

The cumulative effect of hundreds of thousands of vehicles in Canada and millions around the world idling for extended periods or forced to drive longer and more slowly add millions of kilograms of pollutants and more CO2 needlessly into the air.

All this occurred because protestors believe we face an ecological emergency. They were essentially trying to put out fires with gasoline.

The blockade organizers call themselves Extinction Rebellion (XR). They are secular cult zealots, calling on sinners to mend their ways lest they be condemned to the fires of hell. They believe civilization is headed toward its demise unless we heed their call and stop consuming hydrocarbons. Expressing their end-of-times mentality, their symbol is an hourglass, driving the point that the planet is running out of time.

XR members see themselves conducting a “non-violent rebellion against the governments of the world for climate and ecological justice.” Their agenda is propelled by the radical belief that we live an “unprecedented global emergency” and that “Life on Earth is in crisis.”

Their website claims “The Truth”: “Scientist agree we have entered a period of abrupt climate breakdown and we are in the midst of a mass extinction of our own making.”

Readers will recognize these words from teenager Greta Thunberg’s famous “How Dare You” UN address. She is a messenger of their radical agenda.

Radical enough that they seem to believe they alone hold the truth and the moral authority to save humanity. Their message is a feedback loop of beliefs, typical to closed belief systems. The words of a Halifax bridge-blockading activist, screamed at a woman riding a bicycle (!), show how children indoctrinated into an existential angst are then used by parents as justification for their actions: “Our children think that they should not have children. That is how much we are stealing their future.”

Extinction Rebellion blocked bridges around the world to establish an eco-centred oligarchy. Governments must accept their beliefs and declare a climate and ecological emergency, The same governments must commit to slaughtering their economies to arrive to net zero emissions by 2025. And governments must submit their authority to what XR call “Citizens’ Assemblies on Climate and Ecological Justice.”

The latter is nothing short of a transfer of democratic power to oligarchies of frantic enviro-zealots.

These believers are prepared to go to prison and, like most cults, they’re prepared to wreak havoc until the world meets their demands and converts – non-violently, for now. But that may change. Their sense of urgency may turn in frustration to violent desperation, prompting their twisted logic to jump to criminal action.

However well-meaning they may appear, we ought not too easily dismiss these eco-zealots and their potentially dangerous disposition. 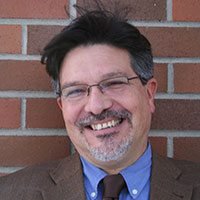 Marco Navarro-Génie is a senior fellow with the Frontier Centre for Public Policy. He has studied radical secular movements with end-of-times mindsets for 30 years.