What is the fiscal health of the Canadian oil patch this year? It is a mixed diagnosis. While commodity prices, equity values and capital spending are weak, some of the key industry metrics – revenue and cash flow – are still relatively healthy at first glance.

ARC’s “Fiscal Pulse” model tracks trends in product volumes, prices, costs, money flows, profitability and capital efficiencies for the Canadian upstream oil and gas industry. Figure 1 shows our estimates for the most important metrics in the fiscal cycle for 2019.

The Fiscal Pulse starts when oil and gas is produced and sold for revenue. This year we expect total industry revenues will reach over $C 114 billion.

Revenue is used to pay expenses, including the general and administrative (G&A) costs, interest payments, royalties and taxes. Operating costs are the biggest expense and should reach nearly $C 43 billion this year. Operating expenses include all the activities to keep production flowing from the existing facilities, including employees to run the operations, energy costs and money for maintenance work. The magnitude of these expenses is significant, making them an important driver of economic activity in Western Canada.

After all the expenses are paid, the remaining money is called cash flow. Canadian industry cash flow is estimated at $C 50 billion this year. A seemingly healthy level of cash flow, this is the highest amount since 2014 and not far off the 2011 to 2013 numbers, back when the price of WTI oil hovered near $US 100/B.

Considering that the price of WTI has averaged only $US 57/B so far this year, why are total revenue and cash flows relatively strong? One factor is improving operating costs for oil sands, but the main reason is just more volume output. Oilsands production has nearly doubled since 2011, from 1.6 to 3.0 MMB/d. So while the industry is achieving cash flows similar to the $US 100/B era, it is doing so with twice the oilsands output sold at nearly half the price.

Over the last decade, all cash flow generated by the industry was reinvested into new capital expenditures (capex). Billions of dollars were spent on drilling new oil and gas wells or building facilities to process and transport the products to market. In fact, capex spending typically exceeds cash flow, requiring companies to raise debt or new equity to make-up the difference. Today, this is no longer the case, a blockage has formed in the arteries of the Fiscal Pulse.

In 2019 we expect capital expenditures to be 35% below cash flow, at $C 33 Billion. Producers have shifted their cash flow away from production growth and towards other uses, including dividends, share buybacks and debt repayment. Figure 2 tracks the growth of payments to investors – in the form of dividends and share buy backs – for 194 public companies. Compared to the historical level, the outlay is $C 2 to 3 billion a quarter higher. This is equivalent to $C 8 to 12 billion a year that is leaving the Fiscal Pulse to be returned to shareholders. 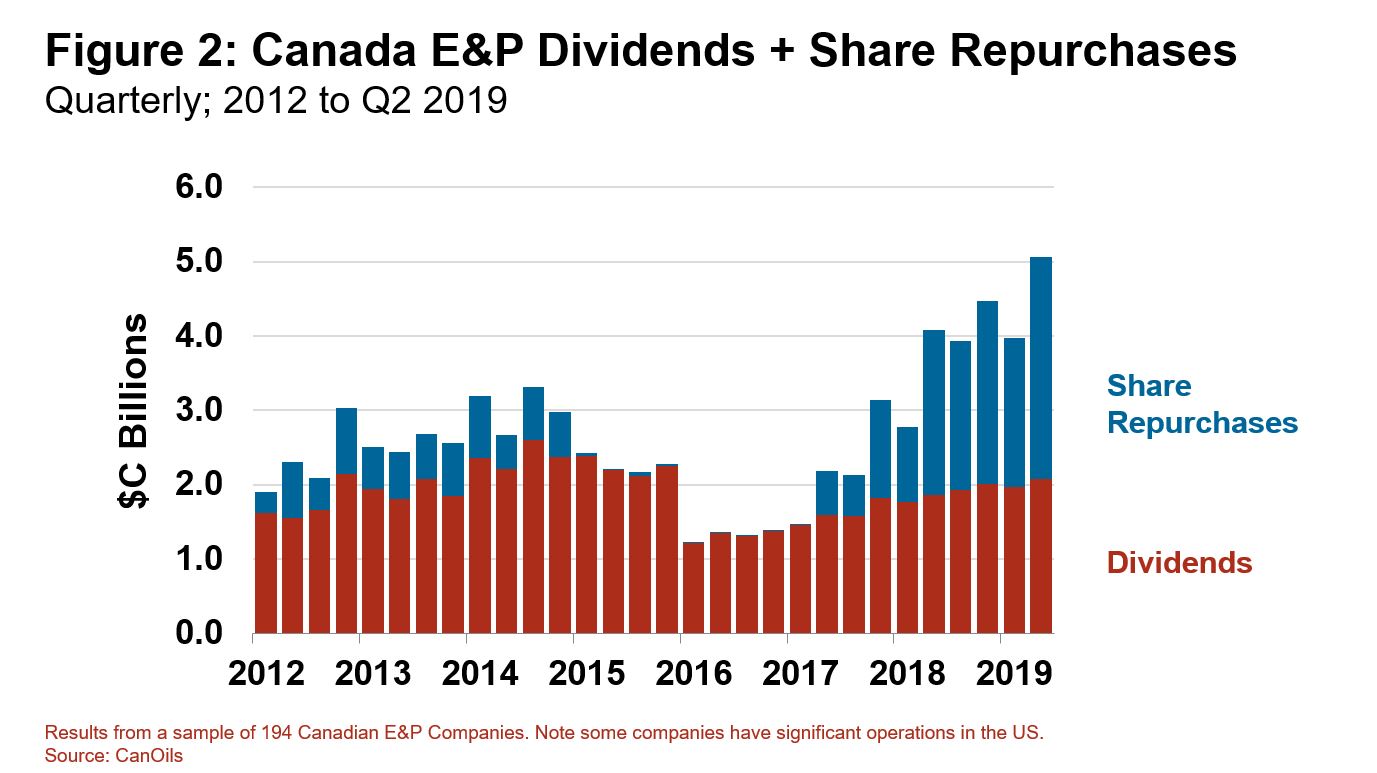 As a result of less capital spending, oil and gas drilling in Western Canada has declined by about 30 percent compared to last year (see Figure 3). The last few months activity is just above the 2016 levels, a difficult year as WTI oil price averaged only $US 42/B and industry cash flow was less than half of the current levels. 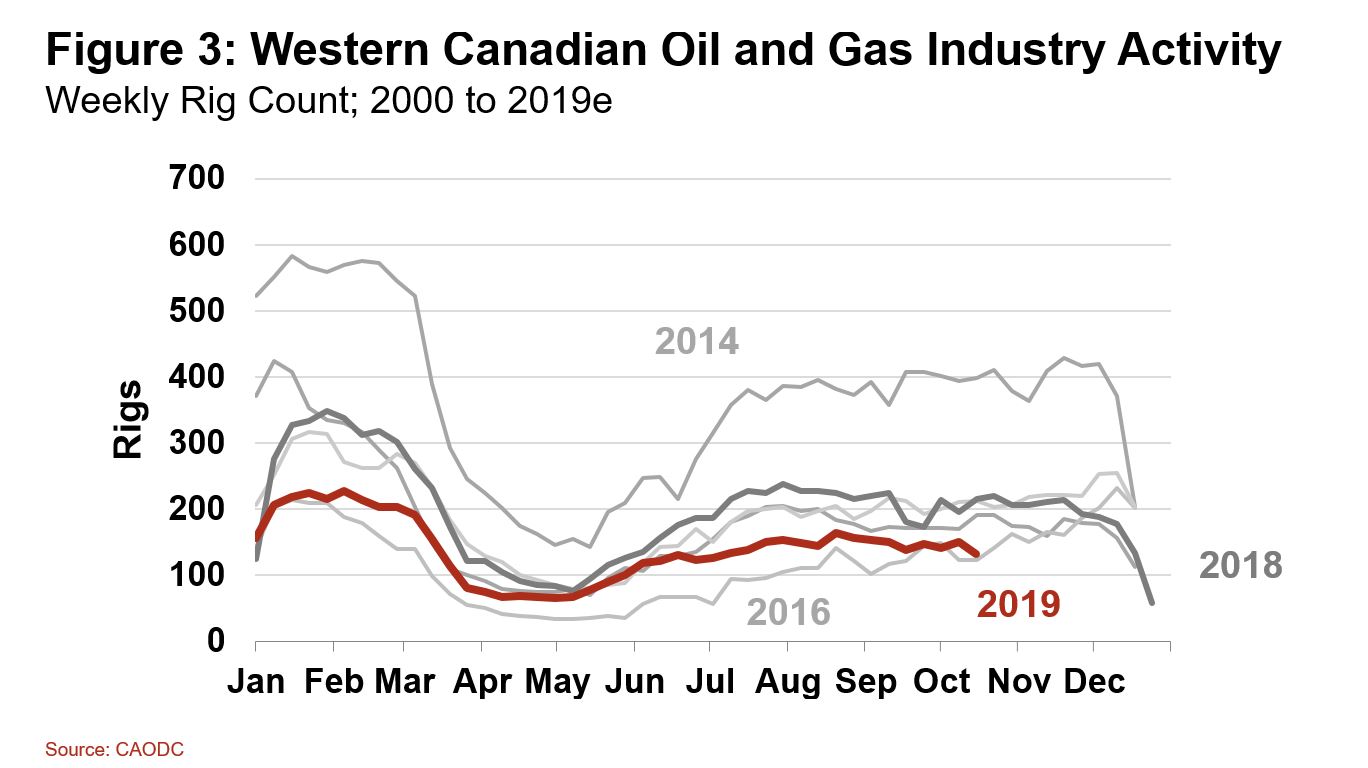 The big question now is, will the trend to lower levels of capital spending continue? While things can change, as long as oil price stays in the current range and companies continue to prioritize shareholder payments, then necessarily, the Fiscal Pulse will have to beat at a slower pace.

For more information on the Fiscal Pulse of the Canadian oil and gas industry, tune into the ARC Energy Ideas podcast “Canadian Oil and Gas: Following the Money.”