This article is third in a series of four analyzing the Coastal GasLink Pipeline, which is currently under construction to provide natural gas from Northeast B.C. to the LNG Canada project for export.

Seeking clear recognition of their territorial authority, Wet’suwet’en hereditary chiefs went to court in the 1980s (McCreary and Budhwa, 2019). Claiming ownership and jurisdiction over their traditional territories, the hereditary chiefs took the stand and explained the traditions that provided them with the authority and responsibility to steward the land.

The Delgamuukw v British Columbia case would become one of the longest in Canadian history, demonstrating the depth and complexity of Wet’suwet’en governance practices (McCreary and Budhwa, 2019). During this case the court recognized that Indigenous oral history was a valid form of evidence of aboriginal title, and it accepted the standing of the hereditary chiefs as territorial-rights holders (McCreary and Budhwa, 2019). While the 1997 Supreme Court of Canada ruling on the case upheld Indigenous claims to lands that were never ceded by treaty—a category that includes most of B.C.—it did not resolve the specific question of title for the Wet’suwet’en First Nations (McCreary and Budhwa, 2019). In the time passed since the decision, the Wet’suwet’en First Nations have never launched subsequent legal action. As a result, the question surrounding who has title to the land where the Big Frog clan blockade and protests currently reside is still uncertain (Jeong, 2019). At present, the authority of the hereditary chiefs is not recognized under Canada’s common law system.

CGL's public reports on consultation activities (May 2013 and April 2014) document the company's engagement of more than 30 First Nations groups, including both elected and hereditary leadership.

In Canada, the federal government has jurisdiction over interprovincial energy infrastructure. This jurisdiction is principally based on sections 91(29) and 92(10)(a) of the Constitution Act, 1867 (Banks, 2018). Provincial legislature jurisdiction over works and undertakings within a province is clearly defined in the opening words of section 92(10). This section also creates a series of exceptions dealing with works and undertakings connecting provinces, or extending beyond a province. In 2018, Michal Sawyer, an environmental consultant from Smithers, B.C., challenged jurisdiction of CGL relating to extension beyond a province. Sawyer argued that although CGL will only transport natural gas within the province of B.C., its construction inevitably connects it with pipeline infrastructure that is used to transport natural gas to the B.C. lower mainland, and provides export capacity to the United States. It is for these reasons why Sawyer argues that CGL should be considered a federal undertaking that is subject to NEB approvals and regulation.

The leading decision and precedence on the interpretation of section 92(10)(a) in the context of pipelines is Westcoast Energy Inc. (Westcoast) v Canada (NEB) (Banks, 2018). Westcoast operates a natural gas transmission system that gathers and processes natural gas in northeast B.C. and then moves it to various delivery points in B.C., Alberta, and the United States (Banks, 2018). It has long been under federal regulation, and in this case, Westcoast was seeking NEB approval for proposed expansions to its processing and gathering facilities. The majority of the NEB panel hearing the matter took the view that the Board had no jurisdiction over the application (Banks, 2018). The Federal Court of Appeal disagreed, and affirmed federal jurisdiction. This decision was upheld upon review by the Supreme Court of Canada, noting that undertakings could come under federal jurisdiction in one of two ways:

These are referred to as primary (single federal undertaking) and secondary, or derivative (integral to the main pipeline or other federal undertaking), respectively. In the end, the majority of the Supreme Court of Canada concluded that it was only necessary to consider the first possibility, and that physical interconnection was not enough to warrant federal jurisdiction (Banks, 2018). Instead, where there were several operations, "they must be functionally integrated and subject to common management, control and direction" before they could be considered a single federal undertaking for the purposes of section 92(10)(a) (Banks, 2018). The decision in Westcoast Energy Inc. v Canada (NEB) addresses the question of how far upstream federal jurisdiction might run in the context of a pipeline (Banks, 2018). Taking all of this into consideration, federal jurisdiction is principally confined to the interconnected physical interjurisdictional transmission facilities, and it will only extend beyond those transmission facilities—either upstream to processing and gathering facilities, or downstream to distribution or storage facilities—in cases where those facilities are integral to transmission function (Banks, 2018).

If the NEB ruled that CGL was under federal jurisdiction, significant delays to project timelines would be expected, which TC Energy said would “put real, tangible benefits to the people in B.C., including First Nations, at risk” (TransCanada, 2018b).

In July 2019, following a hearing with 13 active participants, the NEB ruled that CGL does not fall within its jurisdiction. The board determined that the project does not form a part of the NOVA Gas Transmission Ltd. (NGTL) System, and is not vital or integral to it (NGTL), or any other federally regulated pipeline.

The company praised the decision, noting CGL “is a single-line natural gas pipeline located entirely within B.C. Its only purpose is transport of natural gas within the province — from the Dawson Creek area to LNG Canada’s facility in Kitimat.

A previous version of this article incorrectly stated that TC Energy did not consult with the hereditary chiefs of the Wet’suwet’en First Nations. We apologize for the error. 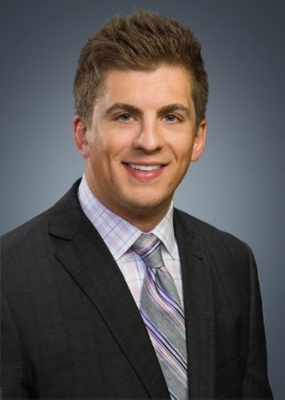 CNOOC Ltd. has paused a planned sale of its UK North Sea portfolio, which could have been valued at as…