In September, Suncor announced plans to replace its coke-fired boilers with two cogeneration units at its Oil Sands Base Plant which will be the equivalent of taking 550,000 cars off the road. The cogeneration units will provide reliable steam generation required for Suncor’s extraction and upgrading operations and generate 800 megawatts (MW) of power. The power will be transmitted to Alberta’s grid, providing reliable, baseload, low-carbon power, equivalent to approximately 8 per cent of Alberta’s current electricity demand. This project will increase demand for clean natural gas from Western Canada.

“This is a great example of how Suncor deploys capital in projects that are economically robust, sustainability minded and technologically progressive,” said Mark Little, president and chief executive officer of Suncor. “This project generates economic value and provides baseload, low-carbon power equivalent of removing approximately 15 per cent of vehicles currently in the province of Alberta.”

By producing both industrial steam and electricity through a single natural gas-fuelled process, cogeneration is the most energy-efficient form of hydrocarbon-based power generation. Suncor believes this project will contribute to both Alberta and Canada’s climate ambitions.

The energy and utilities facilities at Suncor’s Base Plant supply steam, power, boiler feed water, and hot water to run operations. Currently, much of this steam comes from three petroleum coke-fired boilers originally installed in 1967. The Coke Boiler Replacement (CBR) project will see the aging units replaced with two cogeneration units. The cogeneration units are designed to produce reliable steam for extraction and upgrading operations as well as power. The combined benefit of reducing our emissions associated with steam production, and the benefit of displacing higher carbon coal power on the electrical system today, has the potential to make a significant impact to reduce greenhouse gas emissions (GHGs). This project will be an important contributor to Suncor’s publicly announced GHG goal – to harness technology and innovation to reduce our emissions intensity by 30 per cent by 2030. 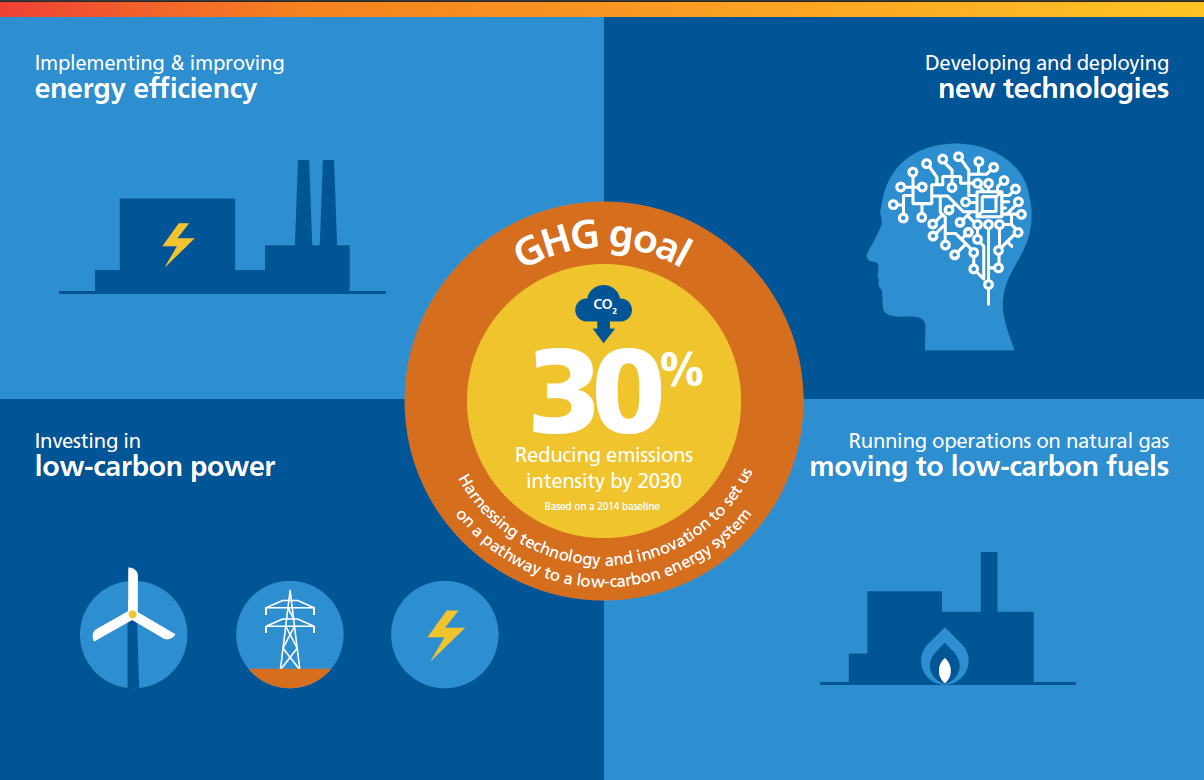 “The investment in this project will make a significant environmental contribution and help us progress towards Suncor’s 2030 GHG goal,” says Jason Rakochy, vice president, Upstream projects, Suncor. “Switching from a high to low carbon fuel source is part of our transformational plan to harness technology and innovation to improve our performance and competitiveness.”

Replacing the coke-fired boilers with the cogeneration units will also include retiring the Flue Gas Desulphurization (FGD) unit currently used to reduce sulphur emissions associated with coke fuel. Decommissioning the FGD is expected to reduce the volume of water withdrawn from the Athabasca River by approximately 20 per cent.

Cogeneration is not new to Suncor. All of Suncor’s oil sands facilities use cogeneration, and Suncor is a regular net exporter of power to Alberta’s Interconnected Electrical System. The excess power from our cogeneration facilities, combined with our wind energy, significantly contributes to reducing the overall GHG intensity of Alberta’s electricity grid.

“Many Albertans don’t realize we are one of the largest electricity generators in the province, and we are continually looking at ways to improve the reliability of our assets and lower the environmental impact of our operations,” says Andrew Tarbitt, general manager, energy & utilities, Suncor. “This particular project is crucial to the future of Base Plant operations as it will provide reliable steam, hot water and electrical requirements for the entire site 24/7, as well as substantially increasing the power available for export to the Alberta power grid.”

Construction on the project started this fall, with commissioning of the cogeneration units expected to begin by 2023. To see Suncor’s announcement, visit suncor.com.