I love Canadian heavy oil. Not just because I am from Lloydminster, nor because I have dedicated the entirety of my career to the "schmaggy" stuff, nor even because the livelihoods of my family and my friends depend on it.

I love Canadian heavy oil because of its resilience, its grit, and its unwavering eagerness to satisfy all outward demands.

Heavy oil is uniquely versatile. Name another substance that is fundamental to road construction, fuel distillation, and petrochemical production. Given time to tinker over the past few years, Canada's world-class engineers, scientists, and entrepreneurs have found a way to squeeze even more value out of a barrel of heavy oil.

It turns out there are some treasures to be found at the lonely ends of the long hydrocarbon chain. The "nasties" of heavy oil have become the "goodies" — chock-full of the base materials required to produce a host of value-added products like carbon fibre reinforced steel and highly efficient vanadium flow batteries.

Ordinarily this would be great news, but in a new world of cheap and abundant energy, along with Canada's pitiful pipeline egress, Canadian heavy oil has become the climate change punching bag. The question begs to be asked: does Canadian heavy oil have a part to play in the world's future energy demand conversation? Should it? My answers are Yes! and Hell Yes! respectively.

Here's what I'm thinking. Let's start with the near-term and stay close to home. There are over 50 refineries on the U.S. Gulf Coast (USGC) alone, many of which have been outfitted to process heavy oil into high margin derivatives.

In 2020, the USGC is expected to be short 500,000 barrels of heavy oil per day, equating to billions of dollars in annual lost revenues. It is no wonder that USGC demand for Canadian heavy oil has been unrelenting. With sanctions against Iran, instability in Venezuela, curtailment in Saudi Arabia, and a limited state budget in Mexico, Canada is left standing as the only reliable supplier of heavy oil in the world.

Examples include Fractal Systems' JetShear partial upgrading technology, Melius Energy's use of diluent recovery to ship solid BitCrude, and the CanaPux joint venture between CN Rail and Wapahki Energy, where polymers made from recycled biomass are used to pelletize and solidify heavy oil for shipment in standard open-top gondola cars.

Canadian heavy oil is currently competitive on the global scale both economically and environmentally, even without strong USGC demand.

Break-even prices for new oilsands projects have dropped dramatically, with a flurry of robust, cost-reducing technologies such as extended reach horizontal well pairs, flow control devices, co-injection of non-condensable gas and solvents, and facility modularization coupled with the adoption of advanced digital technologies such as data analytics, automation, and machine learning.

Energy analysts have reported that the break-even WTI price for brownfield oilsands projects in Alberta and greenfield thermal heavy oil projects in Saskatchewan is around $45/bbl, on par with the best of the U.S. light-tight-oil shale plays.

The same energy analysts will tell you that the GHG emissions intensity from Canadian heavy oil is dropping fast. The best Canadian heavy oil developments like Cenovus Energy's Christina Lake Project, which uses SAGD to mobilize heavy oil from its solid state, are already emitting less CO2 equivalent per barrel of heavy oil produced compared to the North American average.

Another example is Canada's largest energy supplier, Canadian Natural Resources. Since 2012, Canadian Natural has cut the amount of greenhouse gases per barrel of oil it produces, company-wide, by 29 percent. Not stopping there, the company has publicly stated that it aspires to reduce GHG emissions from its oilsands operations to net zero. MEG Energy, which is reducing GHG emissions in its oilsands production through technologies including non-condensable gas co-injection, also recently announced it will target net-zero emissions as well.

These emissions reductions and shift in focus by the industry are particularly encouraging to me, because of my exposure to innovations like Acceleware's RF XL heating solution as a member of their advisory board. RF XL could dramatically reduce both emissions and costs for heavy oil recovery by replacing steam generated at the surface with radio frequency energy to create steam in situ.

There is a strong likelihood that it will take technologies like Acceleware's RF XL thermal recovery system for companies like Canadian Natural and MEG to reach their emissions goals, while techniques like BitCrude's heavy oil solidification process can help to address market access barriers.

I think we can all agree that demand for Canadian heavy oil is not going to disappear tomorrow, but what about 20 years from now? Let's take a look at the medium-term and move further away from home.

In less than 20 years, we will see billions of people in developing countries stepping out of poverty and into the middle class. Energy demand will be exponentially greater than it is today. Where will Canadian heavy oil fit in? Let's personify a few scenarios:

Ethiopia: Hey! We are growing fast and need a reliable supply of asphalt for at least the next 10 years while we build all these new roads.

India: OMG! We are on track to use twice as much diesel in 10 years.

China: FOMO! There will be many hundreds of millions more of us with disposable income to buy new vehicles, fly away on vacation, and join the consumer ranks. Send us all the fuel. Thank you in advance.

Canadian Heavy Oil: On it.

Future Global Economy: Holy Crap! We promised a $130-billion carbon fibre industry by 2030. We need some schmaggy stuff called asphaltenes. Who's got the asphaltenes?!

Future Global Economy: It's us again! We're running out of lithium and these batteries aren't going to juice themselves. Anybody know where we can score some vanadium?

Canadian Heavy Oil: I got you.

In 20 years we all might be zipping around in autonomous electric vehicles (AEVs) while enjoying new-found time to work, eat, relax and communicate en route. Although the whizzy electrified ground transportation system of our dreams is becoming a reality, AEVs will still need to drive on paved roads. The people inside the AEVs will still need their vegan (i.e. polyurethane) day bag packed with at least one portable device to work on and another device for communication, meal containers, water bottle, travel mug, workout gear, cosmetics, and pharmaceuticals — all produced from petrochemicals derived from a variety of hydrocarbon streams like those from the Canadian heavy oil industry.

When those AEVs drop us off at the airport so we can make our important business meetings and enjoy our much-needed destination holidays, we will hop on one of the hundreds of thousands of daily global flights aboard aircraft constructed with carbon fibre and propelled by high efficiency jet fuel, both of which are derived from hydrocarbon streams like those from the Canadian heavy oil industry.

So where are we? We can agree that: 1) Canadian heavy oil is in demand today — big time; 2) hydrocarbons will be required in the future to make all our stuff and to fly us around — check; and, 3) Canadian heavy oil is a reliable and sustainable source of energy and material consumables — 10-4. Now, back to the question of whether or not Canadian heavy oil should have a part to play in the world's future energy demand conversation? If Canadian heavy oil can continue to compete economically and environmentally, then Hell Yes! it should.

And, Canadian heavy oil most definitely will have a part to play if our world-class engineers, scientists, and entrepreneurs continue to innovate. The next batch of heavy oil recovery and processing technologies may well revolutionize the Canadian heavy oil sector. Technologies like Acceleware's non-aqueous RF XL thermal heavy oil recovery process, Plexus's solution gas to bitcoin mining systems, Carbon Engineering's captured CO2 to synthetic fuel process, Titanium Corp.'s tailings pond titanium and zircon extraction kit, and the University of Calgary's degradation of heavy oil into pelletized asphalt are all on the cusp of commercialization.

In combination, these technologies have the potential to completely alter the way Canadian heavy oil is perceived on a the global stage.

Imagine eliminating all production CO2 emissions while producing heavy oil with Acceleware's non-aqueous radio frequency heating technology and then solidifying that heavy oil into pellets of asphalt that will be transported on an open-top rail car to Asia, where it will be steam-rolled into roads so that ultra-light AEVs made from carbon fibre and powered by highly efficient vanadium flow batteries can drive a new team of Timbits to the rink, where the squad will wear polypropylene-based protective equipment to keep them safe while playing hockey — Canada's second most important export!

Wells to wheels. Wells to roads. Wells to things. Canadian heavy oil can have it all. 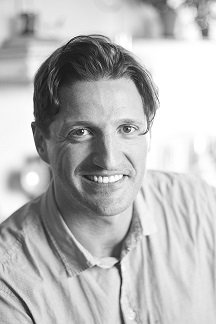 Heath Williamson is an advisor and entrepreneur in the energy sector with 15 years of industry experience and a BSc in Petroleum Engineering from the University of Alberta. He is vice-president and director of the Canadian Heavy Oil Association (CHOA), member of the advisory board at Acceleware Ltd., and actively involved in several private ventures focused on energy, real estate development and digital technology.