This is the second in a series of articles about pipeline development in Canada, written by graduates of the Masters of Earth and Energy Resources Leadership, Department of Geological Sciences and Geological Engineering at Queen’s University in summer 2018.

The series highlights the exceptionally dynamic social, political and environmental circumstances that now commonly accompany pipeline proposals in Canada, and seeks to help provide the layman with the facts that they need to arrive at their own conclusions.

Current and approved pipeline capacity means there is little requirement for an Energy East project in the next 10 years. U.S. crude exports and tidewater access provided by the Trans Mountain expansion will also reduce the WCS/Brent price differential, a key economic driver for the Energy East concept.

However, should either of Keystone XL or Trans Mountain fail to be constructed, there will be an urgent need for an additional export pipeline in Canada.

Stakeholders, including the public, provinces, and aboriginal groups can become further involved and willing participants if they stand to financially gain from the project. The precedent of Trans Mountain’s purchase by the federal government shows that ownership by citizens of major infrastructure projects is still possible (Johnson, 2018). Educating citizens, particularly in Ontario and Quebec, as to the financial benefits and the incremental safety improvements of pipelines should be an ongoing process.

The original NEB review panel drew a lot of criticism for their handling of the evaluation of Energy East. As a result, public trust of the assessment of inter-jurisdictional pipeline infrastructure was eroded. Furthermore, the newly appointed panel added ambiguous metrics that made it difficult for proponent TransCanada (now TC Energy) to evaluate its chances of a successful outcome. Future evaluations will need to be done in a manner that is open and transparent with all stakeholders.

Although the addition of upstream and downstream emissions to the Energy East evaluation added significant uncertainty to the review process, it is unlikely that this would have encumbered the successful outcome of the application.

While GHG emissions are generally higher for oilsands projects, extraction has only a marginal impact on the lifecycle emissions of hydrocarbons as the majority are produced during combustion by the end user. The NEB’s new focus around upstream and downstream emissions should be further clarified to ensure that the evaluation of a pipeline is not misinterpreted as a wider discussion on society’s use of hydrocarbons.

Canada should not exempt imported goods from the same standards that it places on manufacturers and producers under its jurisdiction. At the very least, a carbon tax should be applied to crude imports, especially when western Canada producers are liable for this burden.

Building off this concept, a metric should also be placed on the Canadian values, including social, safety and environmental considerations. Where foreign goods or commodities are produced more cheaply by circumventing or exploiting these considerations, an entry tax or tariff should be implemented.

Under this approach, western Canadian crude—which would not be subjected to the tax—would become more competitive; and therefore, more attractive to consumers in eastern provinces. Until this occurs, there will continue to be little financial incentive for eastern Canada refineries to deviate from crude imported from Venezuela, Nigeria or Azerbaijan.

Should Energy East proceed, the cost of construction will need to be closely monitored. At an estimated C$15.7 billion, the resulting C$9.28 /bbl toll approaches the limit of the project’s viability. Higher priced tolls would reduce the pipeline’s impact in offsetting higher cost rail transportation.

Likely the most impactful outcome of the Energy East cancellation is the signal Canada has sent to foreign investors. The federal government complicated the assessment criteria imposed on the project to dissuade the Energy East project from occurring. This will increase the risk associated with investment in future energy infrastructure projects in Canada.

The unforeseen ambiguity that was introduced into the review process, and the resulting C$1 billion cost associated with the failed application adds to the uncertainty of investing in Canada. Long term, high capital cost utilities such as pipelines are unlikely to provide the required profits to warrant absorbing this added regulatory risk.

Bipartisan commitment from the federal government is required to prevent review conditions from changing once an application has been filed. This agreement could help to facilitate repair the damage done to Canada’s image in the global investment community.

Assuming the construction of the approved Line 3, Trans Mountain expansion and Keystone XL pipelines, as well as increasing oilsands production, discussions should start by 2022 (early scenario) or 2032 (later scenario) for Canada’s next inter-jurisdictional pipeline. With the support of the federal government, and communities in Ontario and Quebec, it is not unrealistic to believe that Energy East may become a reality in the future. 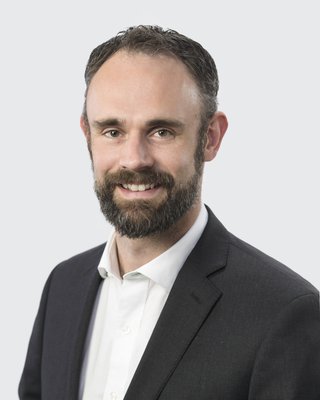 Originally from Australia, Marc lives in Alberta and is the manager of global business development for a mineralogical analysis laboratory. He has over 15 years of oil and gas and mining experience including working for operators and service companies.
His education includes a Master of Earth and Energy Resources Leadership from Queens University and has a Bachelor of Science majoring in Geology from Queensland University of Technology. Marc is a certified Professional Geologist with APEGA.

US, UK sign LNG deal in race to secure supplies for next year

Was the rationale behind Northern Gateway’s rejection justified? Where do we go from here?
​Canadian crude by rail to the U.S. Gulf Coast approaches record
Oil pares drop as China Covid shift weighed against demand woes
Cenovus Energy to boost oil production in 2023
Oil holds decline after widespread market slump jolts sentiment
Cenovus Energy plans capital budget between $4B and $4.5B for 2023