If you need to know how to take positive news and make it negative, just ask Andrew Weaver.

As can only happen in the disorganized world of politics, our fearless provincial leaders take a good news story and make it sound like a disaster. The headline by CBC on a Canadian Press story from Sept. 10 read 'B.C. greenhouse gas emissions still near 2007 levels, ministry says.’

I would have thought this was a good news story, especially today where emissions are always being reported as rising, but apparently not here in B.C. We wouldn’t want to give any impression that we're slowly winning the battle, when the desired outcome is to immediately achieve the impossible and rid ourselves of pipelines, gasoline, diesel, and all other things derived from petroleum.

In my simple world and using a train as an example, if it misses its scheduled stop and blows right past the station, it must do things in a predetermined order to get back to the station and on schedule.

First, they slow the down in order to come to a complete stop; then, they reverse down the tracks and back into the station. it takes a bit longer, but it does get there, and after that, it begins to move forward once again. Not complicated.

In the ever-changing world of politics, climate change, and emissions targets, politicians do seem to get it all backwards.

Let me get this right.

The report says our major emitting sectors are doing their part and slowly reducing their emissions, but our politicians cannot and will not give them any credit. I thought this would be good news. Unfortunately, we know where Premier John Horgan and Weaver stand when it comes to our oil and gas industries. Hell will likely freeze over before either could admit to the truth and give some support for this sector and all the good things it's doing and achieving.

Not surprisingly, agriculture is cited as an increaser. What opportunities are there for farmers to decrease emissions when there aren't a lot of technological advancements that are affordable or practical, other than reducing production?

Year after year, our farmers need to produce our food, get it to markets, and then out to us, the consumers — all of which requires vast amounts of energy, mostly in the form of diesel and gas. Any changes to this system are still far in the distant future.

It's the same for manufacturing. We need their production; we need their jobs and changes to their processes will take years.

Another article, titled 'Clean/green movement won’t transform the economy quickly' by Jock Finlayson of the Business Council of British Columbia in the ORCA on Sept. 9, concludes: “the current energy transition, like those that have occurred before, is destined to be slow-moving and is unlikely to entail a sudden break with established patterns of energy production and consumption.

"In the meantime, Canadians should be skeptical of claims made by some politicians about the role of a supposedly booming clean/green sector in transforming the country’s economy.”

Finlayson then goes on to explain why Canada and the rest of the world cannot quickly change from using fossil fuels to other sources, and how world fossil fuel production and use continues to climb, despite all the rhetoric to the contrary.

I hate to break the news to the fossil fuel deniers, but getting rid of gas and oil isn’t happening anytime soon. Come to think of it, why should we jump off this bandwagon when everyone else is still getting on? Getting off now will simply leave us standing by the edge of the road, watching the rest of the world pass us by, all the while petroleum production continues to grow.

On Sept. 11, I watched one of Canada’s leading investment gurus talk on BNN about how the world becoming more interested in investing in Canada’s oil and gas sector. With world demand for oil increasing by more than one million barrels per year — consistent on a yearly basis over the past 30 years and showing no signs of slowing down — the world is waking up and once again beginning to look to Canada to provide for its needs.

His view, which is supported by many, is that we already have the world’s most ethically and environmentally-produced petroleum production, and that we should be supplying the rest of the world with our products, not denying them. Not only that, but that our governments should be taking the lead from our knowledge and knowhow, and helping export these processes and technologies so other petroleum-producing regions of the world can accomplish these same good things just like we do here at home.

If there's one thing we all should be doing, it's not letting fossil fuel deniers take over the conversation with false messages about the demise of our petroleum industry.

Don’t let them confuse you with stories about how our “clean energy” economy will save the day and create all those jobs. Green energy’s current contribution to Canada’s gross domestic product (GDP) is still less than a politician’s rounding error.

We still need our petroleum producing sector, if not more than ever, at least as much as we ever have. 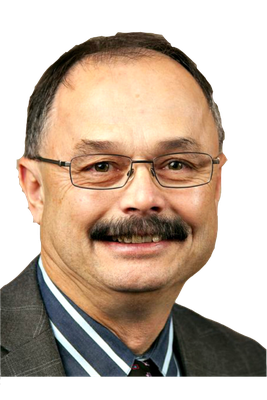 Evan Saugstad is a former mayor of Chetwynd, British Columbia and lives in Fort St. John.