When I took over as editor of the Burnaby NOW in April 2018, I was inundated with one political message - Terry Beech was toast.

There was no way, I was informed, that the Liberal MP for Burnaby North-Seymour would be re-elected after taking office in 2015.

Why? Because of the Trans Mountain pipeline expansion project, which terminates in North Burnaby.

I was told over and over and over again that the residents of North Burnaby were united in their opposition to the pipeline and Beech – despite being only one of two Liberal MPs to vote against the project – would be held responsible for the Liberal government’s support for the project.

When the Liberals doubled-down and actually bought the pipeline, those against TMX were livid and vowed to take down Beech. They have held regular protests outside of his Hastings office, with Beech coming out to speak to them in person instead of turtling like many politicians would. They have written letters predicting his demise.

And yet, here we are with Beech having been re-elected in pipeline central.

Beech even managed to beat a highly popular NDP candidate in Svend Robinson, who held the gig in this riding for a couple of decades.

There are some extenuating circumstances, of course.

When Robinson used to reign in this riding, it didn’t include part of North Vancouver, which is a bit more conservative than North Burnaby.

An even bigger factor is the implosion of the Conservative’s ex-candidate Heather Leung, who was fired in the middle of the campaign. If that hadn’t happened, who knows how the race would have finished. I’m sure some of those Conservative votes went to Beech.

But that doesn’t explain away Beech’s victory. The fact is, Beech is a hard-working MP who hasn’t shrunk from the pipeline issue. Even the protesters outside of his office have remarked that they respect him for coming out to talk with them.

I think we can finally stop saying that North Burnaby is united against the pipeline. Yeah, there are a lot people here against it, but there are also a lot of people who support it - Beech’s victory confirms this.

I mention this because there are a lot of activists who need to get off their high horse about how much opposition there is to this project. I’m not saying they shouldn’t continue to fight – or that their cause isn’t a just one - but stop saying you have majority support because this victory and repeated polls in B.C. show that just isn’t true. 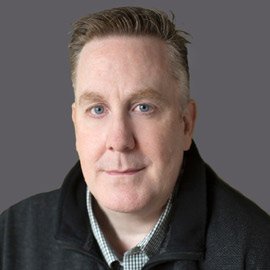