Fort Saskatchewan — Alberta Premier Rachel Notley was on hand at Inter Pipeline Ltd.’s Heartland Petrochemical Complex outside Fort Saskatchewan on Thursday to mark delivery of a central piece of equipment for the facility.

The 97-metre long (or high, once erected) propylene-propane splitter made its way to the construction site over six days, travelling via Mammoet from the Dacro Industries Fabrication yard in Edmonton. 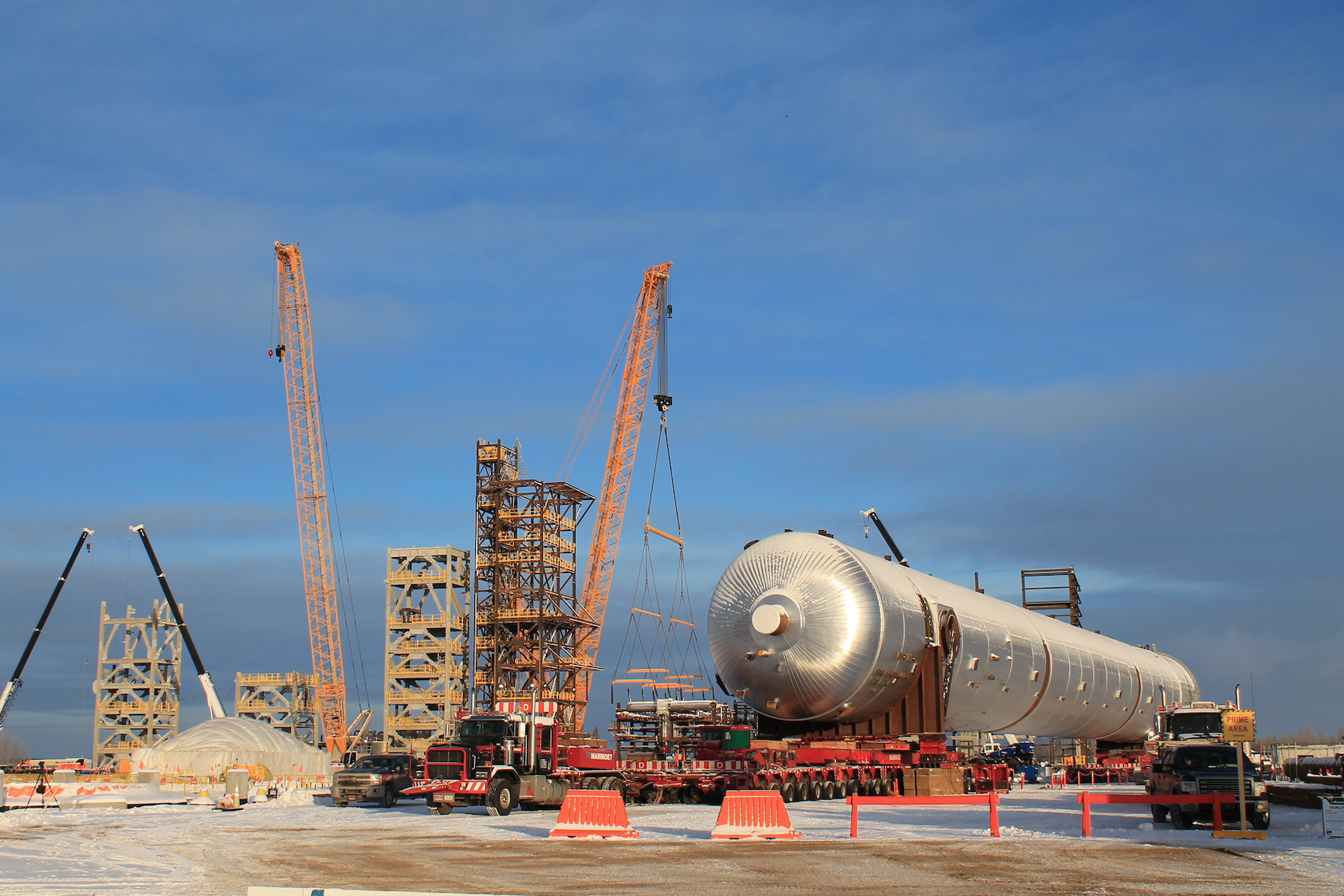 The splitter, at site near Fort Saskatchewan. Image: Deborah Jaremko/JWN

Notley used the opportunity to talk about her government’s work to diversify markets for Alberta’s oil and gas resources.

Construction of the $3.5-billion petrochemical plant is backed by up to $200 million in royalty credits awarded by the province in late 2016 through its Petrochemicals Diversification Program.

Notley said the increase to the available funding is a result of strong market interest in developing new projects.

“We’re cooking with gas here in northern Alberta,” she said.

The only other project so far to be awarded PDP funding is a joint venture by Pembina Pipeline and Canada Kuwait Petrochemical for an integrated propane dehydrogenation plant and polypropylene upgrading facility. Pembina was awarded up to $300 million in royalty credits for the facility in late 2016.

In December 2018 the company announced it has delayed a final investment decision on the project into early 2019 because it had not yet secured sufficient commercial offtake contracts.