The Government of Alberta says that investment in upgrading the province’s High Load Corridor will take priority going forward as a new study recommends significant upgrades.

The announcement comes as the heaviest load to ever travel Alberta’s highways made its way from an Edmonton fabrication yard to the site of a new petrochemical facility being built by Inter Pipeline in Fort Saskatchewan.

“Going forward, investment in the corridor will be prioritized, taking into account routes that have the highest number of permits for heavy/high loads, which also provide connections from fabrication sites to major areas of economic growth.”

About 150,000 oversized/overweight permits are issued annually in Alberta, the province says.

The High Load Corridor, which is a series of designated connecting routes that can accommodate loads of up to 12.8 metres in height, has evolved over the last 30 years, it says. The enhancements identified in the study could expand the corridor from 6,500 kilometres currently to nearly 10,000 kilometres.

“Significant capital investments will be required over the next 20 years,” the province said.

“There is still work to be done to determine which projects could be included in upcoming budgets. This will involve reviewing the proposed improvements, along with other government priorities, as part of the capital planning process that happens each year, as well as ongoing monitoring of existing routes, and coordination with industry and municipalities."

While the study itself is still under review by government and has not been made public, the province published a map that includes proposed expansion to the High Load Corridor, below. 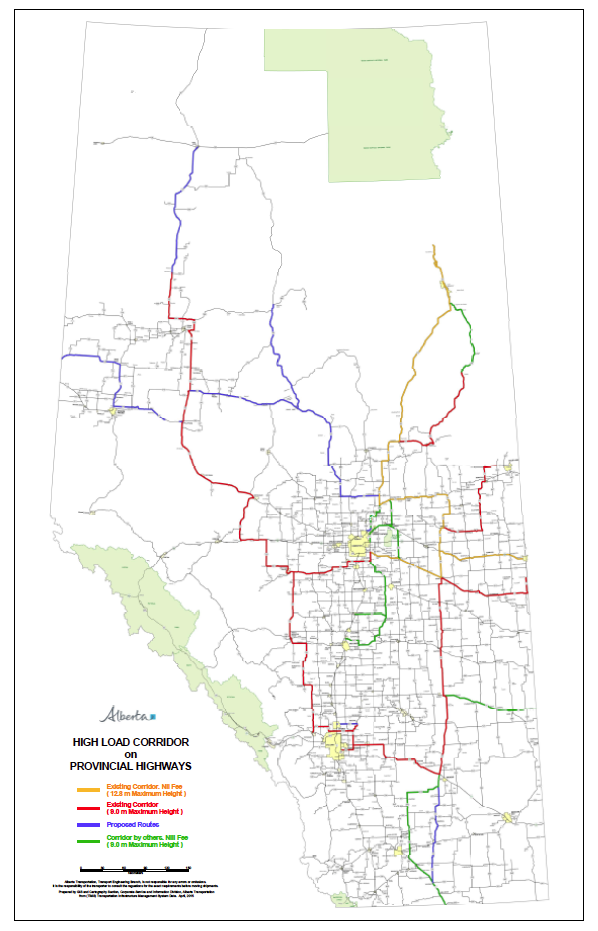