No doubt the lesson was unintended, but the Canadian Federal Court of Appeal taught pearls of wisdom about itself with the verdict that halted the Trans Mountain Pipeline expansion project.

First impressions can be misleading. Never judge a book by its cover.

As a plain language summary of 260 pages of law talk, the opinion’s opening sentences foster a bleak impression of error and incompetence at the National Energy Board and in the federal cabinet. “The board made one critical error,” says the first of two reasons that the court gave for discarding the project approval.

“The board unjustifiably defined the scope of the project under review not to include project-related tanker traffic. The unjustified exclusion of marine shipping from the scope of the project led to successive, unacceptable deficiencies in the Board’s report and recommendations. As a result, the Governor in Council [cabinet] could not rely on the board’s report and recommendations when assessing the project’s environmental effects and the overall public interest.”

A question occurs to any witness of the regulatory roasting of the $7.4-billion plan to triple capacity on Trans Mountain’s oil conduit from Edmonton to Vancouver on British Columbia’s Pacific coast, to 890,000 bbls/d. Is that verdict the whole truth?

In regulatory lawyer world, where “scope” is shorthand for an exercise in defining which legislation applies to an issue, the answer appears to be yes – technically.

(A University of Calgary law professor, Martin Olszynski, posted a virtuoso explanation of scoping on the faculty’s ABlawg website, titled Federal Court of Appeal Quashes Trans Mountain Pipeline Approval: The Good, the Bad, and the Ugly. Hats off to anyone who only has to read his piece once to understand it.)

In the rest of the universe, where substance matters more than form, the verdict looks like a highly specialized, narrow bit of truth. Far from neglecting effects of tanker traffic, the NEB’s 2016 Trans Mountain project approval report gave the federal cabinet much food for thought in an 85-page chapter titled Project-Related Increase in Shipping Activities.

The appeal court was offended because the NEB refused to claim jurisdiction over the topic under the Canadian Environmental Assessment Act, which creates a different specialized agency. Instead, the board chose to review tanker traffic under a “public interest” part of its own legislative mandate, the National Energy Board Act.

Its thorough scrutiny covered national and international shipping standards, marine traffic effects on the ocean and its denizens from shorelines to deep seas, marine risks, hazards to Aboriginal fishing and hunting rights, spill preparedness and response, and maritime damage liability and compensation.

The NEB devoted a section of the ocean traffic review to the most hotly contested part of the pipeline regulatory ordeal: effects of increased tanker traffic on marine mammals, especially the endangered orcas in the shrunken southern killer whale pod.

“There is no direct mitigation Trans Mountain can apply to reduce or eliminate potential adverse effects from project-related marine vessels,” the board reported.

“Altering vessel operations, such as shifting shipping lanes away from marine mammal congregation areas or reducing marine vessel speed, can be an effective mitigation to reduce impacts on marine mammals from marine shipping. However, these potential mitigation measures are outside of the board’s regulatory authority and out of Trans Mountain’s control.”

Yet the pipeline company and the NEB can make a difference to behavior out on the Pacific, added the expansion approval. “The board encourages other authorities, such as Transport Canada or Fisheries and Oceans Canada which regulate the marine environment and traffic, to explore any initiatives that would aim to reduce the potential effects of vessels on marine mammals.”

The encouragement was not just moral. As a pipeline expansion approval condition, the NEB directed Trans Mountain to develop a marine mammal protection program in consultation with all concerned – government agencies, species experts and Aboriginal groups.

Far from neglecting the west coast environment and the bond its natives feel with the sea and shorelines, the board used professional realism to recognize its limitations and call in the greater expertise among maritime affairs specialists.

The appeal court’s second reason for halting Trans Mountain also highlighted contrasts between legal reasoning and the conduct of the pipeline expansion case.

The verdict said, “At the last stage of the consultation process prior to the decision of the Governor in Council, a stage called Phase III, Canada’s efforts fell well short of the mark set by the Supreme Court of Canada.”

The judges concluded, “Canada failed in Phase III to engage, dialogue meaningfully and grapple with the real concerns of the Indigenous applicants [plaintiffs against the Trans Mountain approval] so as to explore possible accommodation of those concerns. The duty to consult was not adequately discharged.”

Questions again pop into the minds of anyone familiar the regulatory review. How often does this engaging, grappling and exploring for accommodation have to be done? Does making the federal cabinet repeat the consultation marathon improve chances of pacifying at times strident opposition to industry?

A case can be made that the NEB and Trans Mountain bent over backwards to be kind to native communities that felt affected by the expansion project in any way.

The regulatory record is studded with accounts of consultations held by the pipeline, both before the approval decision and since at detailed route proceedings that continued until the negative appeal verdict. The board adjusted its schedule to accommodate 49 native groups and representatives that wanted oral hearings. The requests were granted by sessions in Edmonton, Chilliwack, Kamloops, Victoria and Calgary.

In lawyer-speak, a prima facie case appears to arise from the appeal court verdict. On the surface, to a layman at least, a final resort to the more broad-minded supreme court looks worth trying.

But legal thinking is not the only force in Ottawa. Political considerations stand out. Reconciliation and partnership are the Liberals’ watchwords in their government’s relations with native communities.

Prime Minister Justin Trudeau let his preferences show when he flew to Edmonton on Sept. 5 to try – and fail – to regain Alberta Premier Rachel Notley’s support for his climate change policy and carbon tax.

Trudeau called a supreme court appeal an option. But he was more enthusiastic about current legislative proposals for NEB and environmental regulation reform.

The prime minister emphasized, “People want to know that we are doing things the right way for the long term — that jobs that get started will continue and won't get stopped by the courts. That's the change we are focused on making."

Only one bet seems sure. Trudeau will keep on trying to steer the Trans Mountain project his way. He went out on a limb in favor of the pipeline expansion when he announced cabinet ratification of the NEB approval on Nov. 29, 2016: “There isn’t a country in the world that has billions of barrels of oil and leaves it in the ground,” said the prime minister. 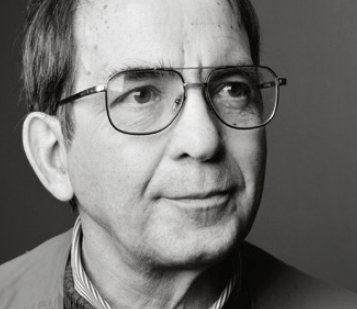 Gordon Jaremko is the former editor of Oilweek and a member of the Canadian Petroleum Hall of Fame.

He worked as a reporter and editor for Canadian daily newspapers, wire services and monthly magazines for 38 years in Calgary, Edmonton and Ottawa, primarily covering politics, economics and business with emphasis on the Alberta petroleum industry.

He has contributed to four books and has become an independent contractor engaged on two history projects including Steward: 75 Years of Alberta Energy Regulation.