An important date passed recently in the ongoing Trans Mountain pipeline saga, but one could be forgiven for missing it. That’s because the federal government had been working with operator Kinder Morgan to flip the controversial project to a third-party buyer before July 22.

There were no takers.

That means Canadian taxpayers are set to be the proud owners of a $4.5-billion, 1,150-kilometre mainline across the Rocky Mountains. In addition, they’re on the hook for a $7.4-billion expansion that may or may not be built before the end of the decade, given bitter opposition to the mere mention of ‘dirty oil’ on the West Coast.

When the feds committed to buying the Trans Mountain project from Kinder Morgan in May, it did so with the intention of being a short-term owner – a sort of angel investor to keep the expansion from being cancelled outright.

The project would triple existing capacity on the line to just under one million bbls/d of Alberta crude, providing a much-needed outlet to Asian markets and reducing Canada’s dependence on a single customer – the U.S. – for 99 per cent of the country’s crude oil exports. Such reliance has opened up wide price differentials, or discounts, to global benchmarks such as West Texas Intermediate – sometimes as much as 50 per cent to the WTI price – which some economists suggest are subsidizing American consumers to the tune of $20 billion per year. All on our dime.

Prime Minister Justin Trudeau rightly calculated that the cost of failure to build the Trans Mountain expansion would be greater to Alberta's and Canada's economies than the $12 billion or so it will cost to take it over and complete it.

What he didn’t count on was actually taking it over and building it. Creating a Crown corporation to do it isn’t going to solve the problem overnight. Critics are already predicting massive cost overruns on a project that could wind up costing the treasury $10 billion or more.

This is not to mention the hundreds of millions it’s going to cost for court challenges or the lost time. Conservative estimates suggest it will take at least two years to steer them through the Supreme Court of Canada, assuming (which seems a safe bet) it goes that far. That’s on top of the five years or so it’s taken to get to this point.

Ironically, the federal government's sole expertise is in regulating pipelines – one of the main reasons it’s proven so difficult to get one built in the first place. Critics have bitterly complained that Ottawa’s regulatory policies are driving investment out of the country. An “overhaul” of the National Energy Board (NEB) has only made matters more confusing.

The Trans Mountain expansion already has NEB approvals in hand. But it is the validity of the process – Ottawa’s process – that will be the subject of future court challenges.

Now the shoe is on the other foot. It remains to be seen if it creates a conflict of interest between Ottawa – as pipeline owner – and the regulatory boards it's meant to oversee. Since when does a government regulate itself?

Apart from time and money, Trudeau has also staked a great deal of political capital in the Trans Mountain expansion. His position has understandably delighted Alberta Premier Rachel Notley, who has horse traded Alberta’s climate change policies as “social licence” for getting the pipeline built.

Unfortunately, the B.C. government isn’t buying it. Trudeau finds himself in the middle of a family feud that threatens national unity. And while the prime minister is eager to erase his father Pierre’s divisive legacy in Canada’s oil capital – where memories of the failed National Energy Program loom large to this day – he stands to lose a dozen or more seats in the greater Vancouver area come election time, far more than he could ever hope to gain in Alberta where the Liberals have just three seats.

Yet for all the criticism, the federal government’s decision to actually buy and operate Trans Mountain shows a certain amount of boldness and vision Trudeau Sr. never had. And despite lingering suspicion in Alberta over federal intrusion into the oil patch, even Justin Trudeau’s harshest critics admit it was necessary to keep the project from failing altogether.

In that sense, Pierre would rightly be proud. Trudeau fils has – albeit unwillingly – achieved a measure of nationalization the old man never could. And to his credit, he owns it. 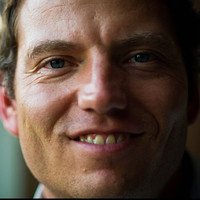 Calgary's Business energy reporter Shaun Polczer has more than 20 years experience covering domestic and global financial markets in Canada, the United Kingdom and the United States, with an emphasis on the Alberta oil and gas sector.