Natural resource industries in Canada are facing challenges unlike any other industry on the planet.

Using extreme exaggerations, professional activists have set a tone and narrative that says Canadian natural resources are bad and should be stopped. I disagree and have spent the past number of years researching their public and political influence strategies and tactics.

Two weekends ago, I had the honour of visiting Fort St. John, B.C. to talk with a number of resource people who have had enough of being pushed around. The provincial and national crisis has moved people to take time from their busy lives to stand up and be heard. This is the silent majority stepping up to say enough is enough.

So many resource people have told me how they don’t appreciate activists unfairly characterizing them as being on one side of a good/bad divide; because when activists make those nasty assertions about natural resources they are really talking about the resource people who work in them.

They are really talking about you and I — the truckers with years of experience moving things safely; the engineers and technicians with years of university and technical education applying their expertise within the industry; and, the scientists who do the real research to find solutions to the world's challenges.

Resource people are the operators that, through their daily work, find innovative solutions and build better practices; they are the industrial medics and safety services that do the training and inspections that keep people and the community safe. They are the welders, pipe fitters, electricians, and mechanics that build it right and keep it working safely.

Not one of them gets up in the morning, grabs their lunchbox and says, “I’m off to destroy the environment.” These people are society’s real providers and protectors.

Unfortunately, today, their resource-based communities are under attack by wily politicos; obstructionist activists working full time to exacerbate a fake economy versus environment divide with smear campaigns aimed at winning at all cost.

They impart negative brands on industries to create the politics of division. They claim to do this for the sake of the environment. Maybe they did at one point in time, but the contest has gotten carried away. It’s more of a sport for them today, than real problem solving.

Common sense is lost. Unfortunately, the people who really get hurt are resource families. We’ve seen it before. B.C.’s War in the Woods and attacks on aquaculture leave communities in uncertainty or worse in shambles when an industry gets shut down and investment driven away. It’s not a war resource communities asked for. It’s an invasion by special interests forcibly imposing their way. No tactic is off the table for these invaders, including fear, intimidation, and outright fabrication of nonsense.

For too long, these professional disrupters have been redefining the way people feel about natural resource industries. Oddly enough, industry is not their target. The general public is. It’s funny, because when I tell people this, it causes them to do a bit of a double take.

Sometimes, I get pushback from people in the city. They will say it’s not about them; it is about the industry. Then I ask them how much they know about modern forestry, or oil and gas, or what ever the so-called controversy of the day might be. I ask them how they came to know certain details about the resource industry currently in the headlines. Why do they know about Kinder Morgan, Energy East, Northern Gateway, or Keystone, and haven’t heard of Atlantic Sunrise, or Rover, or Leach Xpress — just three pipelines making up the 12,875 kilometres of new pipelines built in the U.S. while the Canadian ones were held down?

Were they in the bubble bath one day when suddenly the thought of multi-well pads and frac fluid popped into their head?

Were they grocery shopping when suddenly they were concerned with the mining end of the oil sands, irrespective of the environmental engineering and post project reclamation?

No. Someone trying to recruit the public to action their agenda placed those thoughts there. Think about it. There is no show for these activists without the people. And it is the show that politicizes and polarizes, divides and conquers.

The advanced marketing techniques employed by activists prey on people’s trust, goodwill, and emotions. Applying fear and emotionally charged tactics ensure people are bought in before they have a chance to rationally think through what they are buying into.

Who can argue with ‘save the planet’, ‘save the wildlife’ or ‘clean water for everyone’ placed up against ‘foreign corporate interests’, ‘deniers,’ and ‘old economy’?

These are often the platitude level catchphrases that attract and retain followers.

Resource people are catching on and recognize the need for a new approach.

Collectively, we need to take a page out of the professional protester playbook and get ourselves organized. My hat is off to the people of Fort St. John for getting the ball rolling.

Steve Simons is president of Beyond.Action Strategy, and founder of ResourcEd. 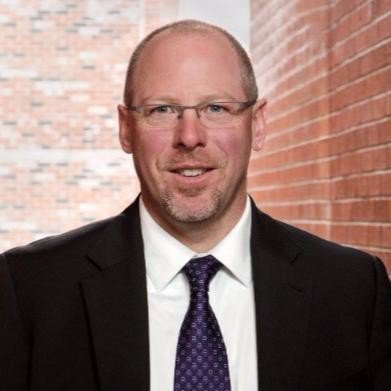 Steve Simons is president of Beyond.Action Strategy, and founder of ResourcEd.