Canada is endowed with the third largest oil reserves in the world but lack of access to world markets means our oil is sold far below world prices. Each day, this captive market discount hands a $40-million gift to Americans. Adding insult to injury, the discount also drives tens of billions of dollars in Canadian investments to American oilfields.

Now, after seven years and billions of dollars spent by proponents of three oil export pipelines, hope for revival of Canada’s oil industry has come down to one extremely troubled project. How could this have happened?

The answer lies in politically-motivated decisions that progressively narrowed those three proposals to what was always the most fraught project. Here is a precis of what I’ll call The Saga of the Three Pipelines.

Enbridge filed regulatory applications for the Northern Gateway pipeline to the north Pacific port of Kitimat in 2010. The cabinet of Stephen Harper's Conservative federal government approved the project in 2014, after a thorough and intense review by the National Energy Board (NEB).

However, in September 2016, less than a year after taking office, Prime Minister Justin Trudeau cancelled the project, stating: “The Great Bear Rainforest is no place for a pipeline.” It mattered not that the “Great Bear Rainforest” hadn’t even been designated during the regulatory process.

Some First Nation bands were pleased, but not those most affected by the loss of employment and financial benefits. Just weeks ago, the Lax Kw’alaams, representing nine First Nations tribes, filed a lawsuit claiming that the Great Bear Rainforest prohibition against development on their traditional lands shouldn’t have been implemented without their consent.

The tragic irony is that Northern Gateway could have been built by 2019. And, unlike overheated Vancouver, it would have created jobs and economic benefits in a part of the province that is suffering economic despair.

In 2014, TransCanada filed regulatory applications for the Energy East project to move Canadian oil to refineries in Montreal and New Brunswick, while providing vital access to Atlantic tidewater. The project would have replaced the hundreds of foreign-flagged oil tankers that sail up the St. Lawrence each year carrying half a million barrels per day to Montreal. Moreover, Energy East would use existing pipelines formerly carrying natural gas.

The project had all the hallmarks of a win-win nation builder.

But, in the face of strident opposition from politically influential Quebec, the Trudeau government imposed an “upstream emissions test” on Energy East, blatantly ignoring the emissions emanating from foreign oil suppliers and those hundreds of tankers carrying their oil. The government then announced a restart of the entire NEB regulatory hearing process with newly-appointed board members.

Realizing that the Quebec votes were more important to the government than their project, TransCanada abandoned it after spending $1 billon.

The Trudeau government’s cynical and politically-motivated elimination of Northern Gateway and Energy East left the Trans Mountain pipeline expansion as the lone route to tidewater.

It should have been perfectly clear that the project would face vastly more strident opposition than the other two projects. Trudeau provided justification for that opposition during the federal election campaign of 2015, attacking the NEB as lacking “public trust.” The very same NEB that’s respected worldwide for its technical expertise and unbiased professionalism. And the NEB that had served both Liberal and Conservative governments with distinction for decades.

Trudeau’s campaign rhetoric was a calculated attack on Harper and his Conservatives, but it also wreaked grievous damage to public confidence in the regulatory process. Now Trans Mountain opponents, including angry protesters chaining themselves to construction sites, use the prime minister’s words to support their claims that NEB approval of the project was flawed. The City of Burnaby has even stated it will not fund the RCMP’s cost of protecting construction crews.

Finally, after investing $1 billion, Kinder Morgan’s responsibility to shareholders left the company no choice but to suspend construction and set a firm deadline for project cancelation unless the conditions for completion are in place.

Over the nine months since the Green Party-controlled NDP government of B.C. vowed to use “all the tools in the toolbox” to stop the Trans Mountain expansion, the prime minister and members of his cabinet have repeatedly stated the project will be built. But no action was taken to enforce federal jurisdiction to make that happen.

Now, for Trudeau, the oil industry and the country, the saga of the three pipelines has exploded into a national crisis. The stakes are no longer just a crucial route to tidewater, but also a test of Ottawa’s constitutional jurisdiction over nationally important projects, a destructive breakdown in relations between two provinces and very possibly a national unity crisis.

Having made the unfathomable decision to fly away as this crisis escalated, the PM decided to return to Ottawa. He arrived with the fanfare of a knight arriving to save the day but it was already clear that there was no chance of changing B.C.’s avowed opposition.

In reality, it was B.C. Green Party Leader Andrew Weaver, not Premier John Horgan, who should have been invited to the meeting with Trudeau and Alberta Premier Rachel Notley since the very survival of B.C.’s NDP government is in Weaver’s hands.

Now we await announcement of what actions the Trudeau government will take to save Trans Mountain. Taxpayers should hang onto their wallets, as both the federal and Alberta governments have signalled funding of the $7.4-billion project is an option. That would be a lamentable but unsurprising chapter in a saga wherein politics killed the first two pipelines, only to have their killers force taxpayers to pay for their mistakes by funding the third. 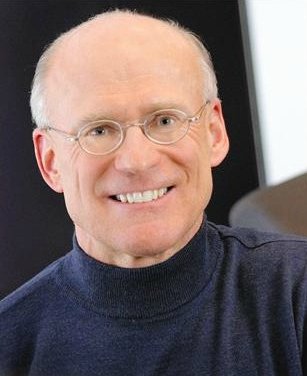