Hydraulic fracturing, or fracking, is used to extract oil and gas from deep underground rock formations. Fluid is injected into formations with enough pressure to fracture the oil-and-gas-bearing rock.

The Nova Scotia Energy Department has been told that the province sits on natural gas reserves worth $20 billion to $60 billion. Fracking is needed to extract most of the 4.3-trillion cubic feet of gas.

Nova Scotia’s ban came after a U.S. Environmental Protection Agency (EPA) study in 2004 found that fracking didn’t pose any danger to underground sources of drinking water. The final report, issued in 2015, noted that fracking can contaminate drinking water but the authors pointed out how this could be prevented.

Nova Scotia should look to Alberta, where fracking has been safely conducted for years under tight regulations.

The authors of the 2015 EPA study said that the evidence on fracking was inconclusive and more study was required. They didn’t make any recommendations on what should be done. That’s a far cry from banning the practice.

There is, in fact, little evidence to support this moratorium.

The most recent evidence is clear: fracking can be done safely within a tightly regulated framework.

In 2012, the British government commissioned a study on fracking that looked at groundwater contamination, well integrity, seismic risks, gas leakages, water management and environmental risks. The report was jointly published by the Royal Society – the oldest national scientific institution in the world – and the Royal Academy of Engineering. It clearly shows that risks associated with hydraulic fracturing are manageable if it is carried out under effective regulations and best practices.

But no matter how many studies show there’s no evidence of widespread adverse environmental or health effects from fracking, the public – prompted by an energized and well-funded environmentalist movement – continues to protest.

Psychology’s Dunning-Kruger effect says that the less we know about a topic, the more certain we are that we understand it. And exposure to new evidence rarely changes our minds. Instead, we’re inclined to resist new information even more strongly.

The public response to Nova Scotia fracking would appear to be a textbook example of this psychological principle in practise.

Alberta is the busiest jurisdiction when it comes to fracking. It first helped bring the giant Pembina oilfield near Drayton Valley into production in February 1953. Since then, more than 170,000 wells have been fracked into production.

In the U.S., Halliburton first tried fracking in 1947.

Even though fracking is very common, there have not been widespread environmental or health effects. At worst, some studies have shown seismic effects caused by fracking. None show effects that threaten public safety.

Those who oppose fracking often rely on exaggerated anecdotal accounts. Many of these accounts are now the subject of litigation, where the truth could well be stretched to maximize potential payouts. This legal process is not a good proving ground for resource development technology.

The Alberta Energy Regulator (AER) is responsible for regulating unconventional oil and gas development in the province. It is constantly updating its rules on fracking. AER has issued many directives protecting groundwater, specifically ensuring that waste water is handled responsibly, and restricting shallow and dangerous fracturing operations.

Alberta should be a model for provinces that have banned fracking (Nova Scotia has been joined by New Brunswick and Quebec). The western province's example shows how to develop a safe regulatory framework.

Natural gas and oil are more environmentally friendly than coal. Reducing our dependence on coal should be welcomed news for all Canadians. However, coal is still used to generate 43 per cent of all electricity in Nova Scotia, while natural gas is used to generate just 17 per cent.

Ultimately, co-operative Canadian jurisdictions – using the Alberta framework – could be models of safe regulation for other countries, especially for the United States, where President Donald Trump has announced a “shale energy revolution.”

There’s no good reason for Nova Scotia – or any other province or territory – to impose an outright ban on fracking and sit on a windfall worth billions of dollars.

Joseph Quesnel is a research fellow with the Frontier Centre for Public Policy (fcpp.org). 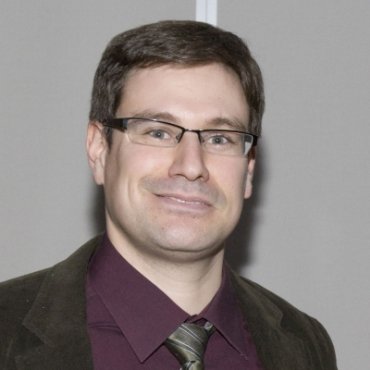 Joseph Quesnel is a research fellow with Frontier Centre for Public Policy (www.fcpp.org).