These words will define Justin Trudeau’s first term in office, and very possibly whether it is his last.

He said them repeatedly Sunday, in English and en français, after he summoned the premiers of British Columbia and Alberta to set out the federal path forward of a “vital strategic interest to Canada,” the Trans Mountain pipeline twinning.

The prime minister has had several options open to assert Canadian authority on the $7.4-billion project to deliver diluted bitumen from the oil sands to ships at tidewater and the wide world. We now have a better understanding of the roads he will choose, at least for now.

Rather than a Supreme Court reference of questions to clarify jurisdictional supremacy, Ottawa will unfurl legislation that supports what it believes is an unquestionable constitutional right. This was a deft move to avoid a definitive ruling for some time—at least beyond the next election—as B.C. moves its court challenge first through a lower court.

Rather than penalize B.C.’s “rhetoric and actions” against the project, the Government of Canada is engaging Kinder Morgan Canada Ltd. in discussions that are, in true diplomatic terms, at once vague but clear. We do know tax dollars are in play, either for a stake in the project, support for Kinder Morgan on construction and operational losses if its schedule slips, or a combination of the two.

Trudeau’s basic message to the John Horgan government: you go your way, we’ll go ours, we’ll see you in the race, and we’ll be the only ones across the finish line.

The post-meeting news conference was one of the prime minister’s more convincing performances, including a lengthy argument on the project rationale and the big picture of economic and environmental stewardship.

He said a federal government has to stand by important industries: forestry in B.C., the auto sector in Ontario, the aerospace business in Quebec, among them. He said you can have a prosperous economy and flourishing environment at once—indeed, they make each other possible.

He nodded to the strong pockets of indigenous opposition but said there had been a record level of consultation. And he flashed a little flourish in defending Albertans as the ultimate conservationists, sourcing a camping trip to the Kananaskis as inspiration.

Trudeau’s most hesitant moment came when he searched for the right word to describe how America was “demonstrating”—and here he rolled in his mind through his vocabulary for a word that would not engender a tweet from @realdonaldtrump—“an unpredictability” on trade. Think he dodged a mess there.

What he said he could not countenance was Canada losing $15 billion a year by selling its energy to one market, America, in what he termed a “permanent anchor on our national prospects.”

He was sanguine but assertive. Kinder Morgan wants some certainty before the end of next month on the project. This isn’t a pickle Trudeau likes, but he holds good cards in the deal.

“Ideally, the rhetoric and actions by the B.C. government would not have led to the concerns of the company that got approval to move forward on a project that is in the national interest,” he noted.

Horgan came and went with nothing to show for the trip, except an opportunity to say there what he has said here. He offered no road to compromise, so he now must take his chances with his court challenge and possibly wait years for judicial definitiveness. He appeases a base of support, he preserves his alliance with the Greens to keep power, and he gets to say Ottawa has resorted to bigfooting.

The biggest winner, for now, appears to be Alberta Premier Rachel Notley. Ottawa rides to the rescue with imminent help, perhaps not even needing her government’s now, to reassure Kinder Morgan well before the May 31 deadline it imposed a week earlier to increase the tension in a project that hardly needs more drama.

Naturally, the question is whether this is enough to save her job. Some Albertans will ask: Has she done enough?

It’s also an open question on whether it saves the prime minister’s. Some Canadians will ask: Has he done too much?

The irony is that their likely successors are even more hawkish on the project. 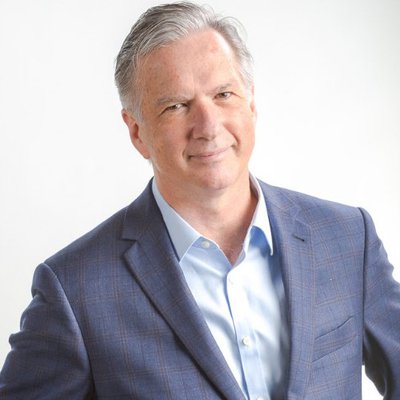