This article is part of the Spring 2018 edition of the Journal of the Canadian Heavy Oil Association.

Though not as mature as other technologies, downhole flow control has been particularly successful in deep offshore applications and in the Middle East. FCDs in SAGD applications have succeeded and failed to varying degrees and FCD use has not been pervasive. However, recently it has been publicized that FCD technology has achieved a 100 percent improvement in SAGD oil production, which leads us to discuss its merits as an industry game-changer.

This article is focused on attributes that directly and indirectly impact FCDs as a system-based technology solution to improve projects’ performance in a hostile economic environment and complex heterogeneous reservoirs. Fundamental issues related to FCD selection, design, simulation tools and applications are examined including:

This is a two-part article. The first part will cover items 1 through 3 above, and the second part (to be published in a subsequent issue of the CHOA journal) will focus on potential benefits of FCD technology and experience of SAGD operators.

SAGD process economics are driven by the cost of generating steam, and by steam effectively contacting as much of the reservoir as possible [Banerjee et al., 2013]. The production rate is dependent on the reservoir characteristics, the steam injection rate and effective artificial lift. However, if steam is injected too quickly or a geological baffle or barrier obstructs the developing steam chamber, the steam will create a localized ‘hot spot’ and could break through into the producer well and flash across the production liner.

This creates a situation where fluids produced in one section along the horizontal well dominate inflow and requires mitigation. The flashing steam can also erode the production liner and lead to its failure. Figure 1 hypothetically illustrates how inflow can vary along long wellbores (whether SAGD or conventional) due to reservoir heterogeneities. 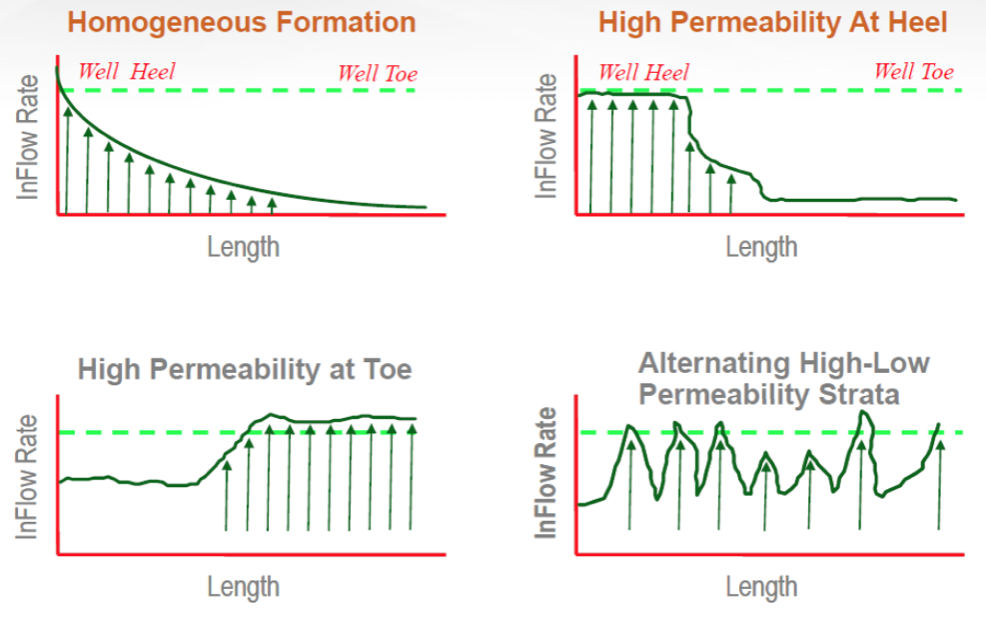 Application of FCDs aims to equalize flow along horizontal length by invoking a differential pressure (ΔP) on the fluid stream in the producer or injector well. The faster fluid passes through the FCD, creating a higher back pressure, which reduces the flow rate of less viscous fluids as demonstrated in Figure 2. In this case, the FCD has reduced effective gas mobility to just two times oil mobility. Typically this ratio is high given the viscosity contrast between gas and oil. 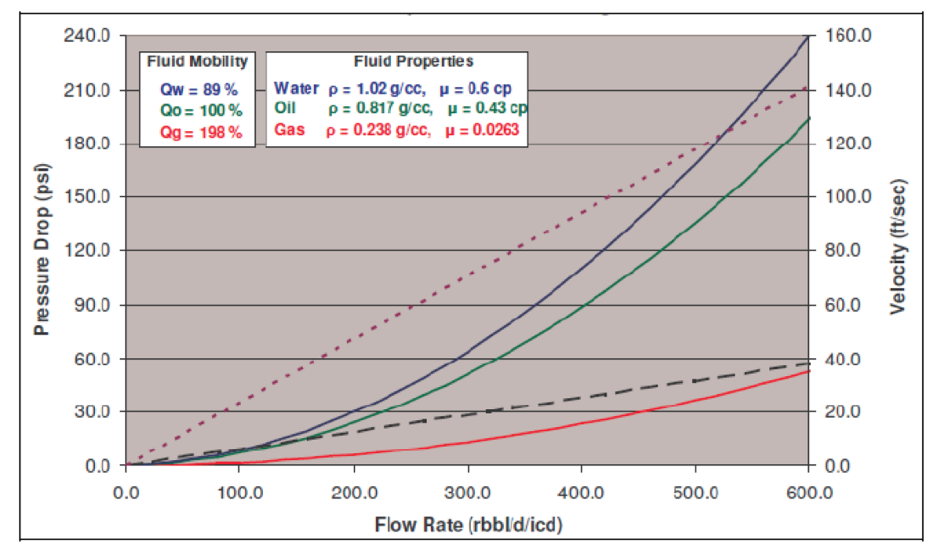 ICD system design is more complex than OCDs and presents greater uncertainty to industry. ICDs aim to restrict localized steam flash and subsequent high-rate fluid entry into the production liner. When steam is encountered at an ICD in a producer well, the localized pressure differential increases, which forces inflow to other lower pressure entry points through adjacent ICDs. This mechanism promotes lateral inflow conformance and improves the efficiency of heat delivered to the reservoir.

This work indicates that the PVT properties of steam at near-saturation conditions enable a blocking effect when steam encounters the ICD; this “steam block effect” is more pronounced in comparison to other miscible fluids or gases. The ICD acts as a throttling device that causes a pressure loss on the fluids entering the well. The resulting ΔP across the device may induce a phasechange caused by the flashing of steam as the pressure of the fluid dips below saturation pressure (Bernoulli Equation), as depicted in the Figure 3. 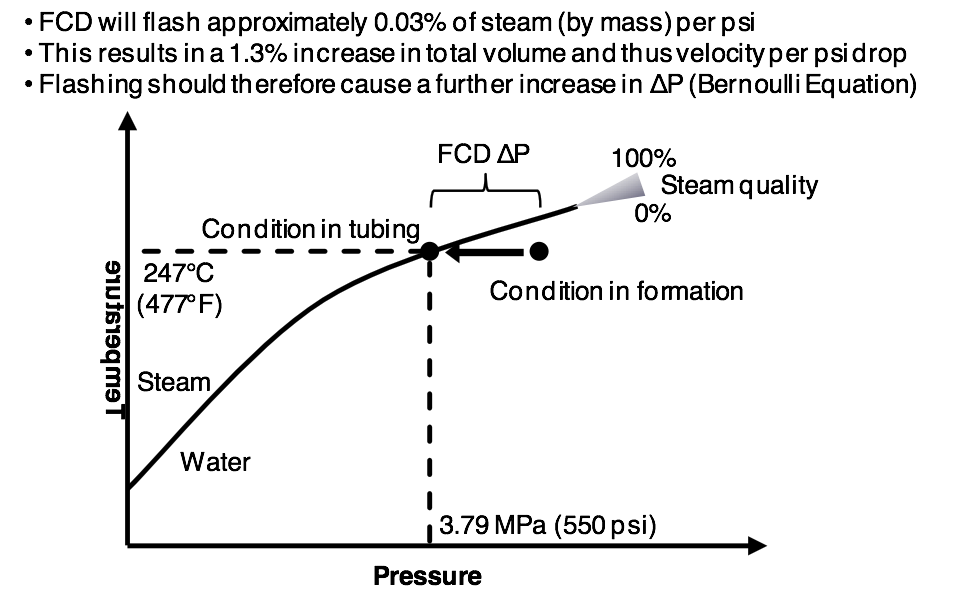 The fluid density and viscosity decrease while mass flow is maintained at the onset of steam. This phenomenon has been termed the steam block effect [Becerra et al., 2014]. The primary driver in deploying ICDs is to exploit this steam blocking effect however, ICDs exhibit complex behavior in multiphase flow conditions. Behavior is further complicated by variations in operating strategy.

ICDs can improve production by delaying or inhibiting steam breakthrough however, if not applied correctly ICDs can also hinder production.

The most common motivators for using FCDs are listed below, but this is not an exhaustive list. More uses for FCDs will appear as they become more commonly deployed.

The KPIs for FCDs’ deployment in SAGD include:

When implementing a FCD program, there are several factors that impact the success of FCD design and operation that should be considered. Considerations include:

To enable success, two value streams need to be aligned concurrently. They are, as demonstrated in Figure 4, the FCD devices, and the technology implementation workflow. It is important for SAGD operators to understand the vendor-supplied data as well as to integrate its performance into their overall FCD program.

Three critical elements need to be addressed in conjunction with each other to achieve success with the FCD technology. These elements are:

The alignment of these three key elements will enable greater success.

Flow Control technology holds phenomenal potential to meet some of the challenges facing our Oil Sands & Heavy Oil industry. The second part of this article will demonstrate how some of that potential is being tapped by the industry. 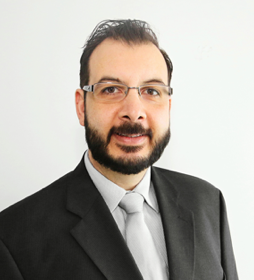 Claude Ghazar, P.Eng., is a University of Calgary Engineering alumnus with over 20 years of progressive responsible leadership in thermal SAGD, conventional, and unconventional oil & gas reservoirs. His experience encompasses facility, production & reservoir engineering disciplines as well as geology and geophysics essentials. He was most recently manager of advanced wellbore technology for ConocoPhillips, and led the FCD technology portfolio. In 2017, Claude initiated his reservoir management consulting practice in Calgary. 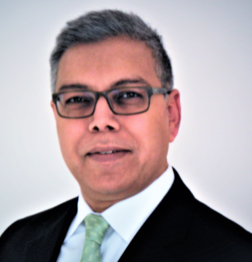 Harris Naseer, P.Eng., has been involved with oil and gas industry for over 20 years. He started his career with Schlumberger in 1996 and moved to E&P operations in 2004. For the past 10 years he has been actively engaged in heavy oil and oilsands and is considered one of the leading sub-surface specialists in thermal operations. Harris currently runs his own consulting business in Calgary. He is a volunteer member of the CHOA editorial committee.

Comments? If you would like to respond to the opinions in this article, we'd be happy to publish your thoughts for our other readers. Please contact djaremko@jwnenergy.com.