The British Columbia government recently announced it will provide a large tax incentive to promote the building of a natural gas liquefaction and export facility in Kitimat.

The announcement is a bright spark in an otherwise gloomy environment for energy transport and export infrastructure.

The Kitimat facility will export liquefied natural gas – a cleaner, lower-greenhouse gas fuel option – to Asia and other foreign markets. We know that markets abroad are eager to import natural gas from Canada, a reliable democracy with some of the highest environmental standards in the world.

According to LNG Canada, the consortium that will build the facility, between 4,500 and 7,500 jobs will be created at the peak of construction. They estimate another 450 to 800 operational jobs will be created if the full project is completed. The facility will produce 26 million tons per year of liquefied natural gas (LNG).

Getting the Kitimat project built would mark a huge step forward on the LNG front, and momentarily disrupt the narrative that Canada can no longer build conventional energy projects. As we reported in 2015, delays in LNG exports come with a large price tag. Under a conservative assumption that actual sales of B.C. LNG to Asia-Pacific importers would comprise only 11 to 20 per cent of the potential Asian LNG market in 2020, the annual export revenues lost due to delay would be some C$22.5 billion in 2020, rising to C$24.8 billion in 2025.

While B.C. Premier John Horgan should be commended for encouraging this important energy infrastructure project, it’s critical that his conditions – such as ensuring the project fits with B.C.’s GHG emission goals – not derail the project.

According to the Canadian Association of Petroleum Producers (CAPP), crude oil production, primarily heavy crude, is expected to rise in coming years, increasing by 1.3 million barrel per day from 2016 to 2030. That translates into more than 1.5 million barrels per day of additional crude oil supplies that will require transport to markets. Given the steady growth in oil production and lack of adequate transport capacity, Canada urgently needs new pipeline infrastructure to transport heavy crude production from Western Canada to Gulf Coast refining hubs and access to overseas markets, breaking our captive market to the United States.

As reported by Bloomberg in 2017, the three proposed pipeline projects (Trans Mountain expansion, Mainline Line 3 Replacement project and Keystone XL) in various stages of development could transport Canada’s additional oil production by increasing the export capacity of Western Canadian oil producers by 1.5 million barrels per a day. However, even if these projects overcome their regulatory hurdles (a big if), no new capacity will come online until at least late 2019.

Again, there’s a lot on the line for Canada. As we calculated in 2016, if Canada could export an additional million barrels of oil to world markets, and get $60 a barrel for its oil (the world price as of this writing is about US$65 a barrel), Canada could net an additional $4.2 billion in export revenues.

But to deliver on that promise, our energy resources must secure access to tidewater and get to lucrative markets abroad. Oil and LNG are vital to the future of Canada’s energy sector.

Horgan’s flicker of light on the Kitimat LNG project must be matched provincially and federally to get pipelines built and free Canada’s energy markets from excessive (and increasingly perilous) reliance on our sole customer to the south.

Let there be light! 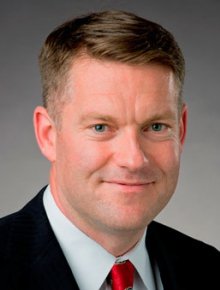 Niels Veldhuis is president of the Fraser Institute.