Talk to the techno-optimists and they’ll tell you the world is on the cusp of an energy revolution, with renewable electricity generation powering everything from homes, transportation and industry.

The global economy is going to be decarbonized to answer the threat of global warming and no one is going to suffer for it. It’s just around the corner, they say.

And governments are buying into the story. Countries across the world are banning construction of new coal-fired power plants and winding down operations of existing plants. Five countries have announced plans to ban internal combustion engines in passenger cars in the next 20 years—China, India, France, Germany, Norway.

Increasingly oil and gas development and infrastructure like pipelines and export terminals are being challenged, with the naysayers claiming they’re too dangerous to the climate and not needed in the future.

There is just one problem.

There is no way renewable energy is going to make up for fossil fuels in the timeframes being proposed.

As of year-end 2016 fossil fuels provided 81 per cent of global energy needs, with renewables providing 14 per cent and nuclear five per cent. But 10 per cent of the renewable number is biomass or wood, not something the world wants to encourage if the goal is to reduce pollution. Hydro generation makes up another 2.5 per cent.

What about wind and solar, the darlings of the techno-optimists?

They make up a total of 0.8 per cent of global energy supplies, according to International Energy Agency numbers crunched by environmental writer Bjorn Lomberg.

That’s right, less than one per cent.

Yet we are supposed to believe that within the next few decades renewable electricity is going to jump from less than one per cent to almost all of energy generation.

Instead of putting all the investment eggs in the renewable basket, governments and industry need to seriously increase the amount of money they are spending on lowering emissions from using fossil fuels if they hope to make real, politically possible gains.

This includes investments in energy efficiency. While it lacks the ribbon-cutting potential for politicians, dealing with the demand side of the energy equation offers the greatest potential to reduce emissions, according to the IEA. This includes improved automotive efficiency as well as building and industrial improvements.

It includes carbon capture and re-use. The Global CO2 Initiative (GCI) is working to develop and commercialize a trillion dollar CO2 products industry. This includes products using recycled CO2 as a key ingredient in cement, aggregates, chemicals, polymers and carbon fibre. Canada has a number of global leaders in this effort.

Given that the world is not going to reach its carbon cutting goals using renewable technology, we need to find ways to use fossil fuels more efficiently.

It’s time to get on with the job. 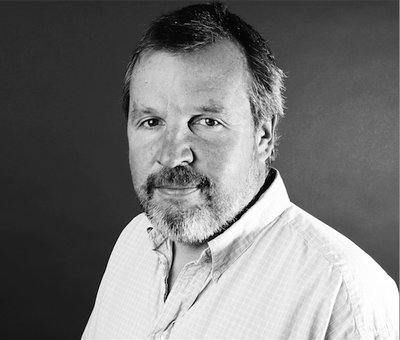 Darrell Stonehouse is editor of Oilweek as well as JWN's Intelligence Publications. He joined the company in 1998 as editor of the Oil & Gas Inquirer, Oil & Gas Quarterly and Alberta Construction Magazine. In 2004, he was appointed managing editor of all JWN magazines.

In 2006, Darrell left the company to operate his own communications business, focused on custom publishing products. He rejoined JWN in 2011. Prior to joining JWN, Darrell was editor of Alberta Beef magazine. His work has also appeared in many other business publications, including Financial Post Magazine, Alberta Report, and a variety of agricultural publications.