I don’t know about Arizona, but I’m pretty sure about most of southeast Saskatchewan. At several points over the last half billion years or so, pretty much any given point in the southeast was once ocean front property.

In one of my nerd questions to Saskatchewan assistant chief geologist Melinda Yurkowski, I asked her last year how much of our sedimentary column at Estevan was from being at the bottom of an ocean. That sedimentary column is 3,400 metres thick near Boundary Dam Power Station. She said, “I’d say at least 95 per cent of our preserved column is oceanic.”

She went on, “For 3,400 metres of sediment in Estevan, if I take out the Ashern and the Watrous, and the Red Beds, it would have had roughly 3,250 metres of the 3,400 metres deposited under oceanic environments (and that’s being generous to the continental). In terms of time, very roughly, it would have been subaerially exposed, i.e., continental, for around 200 -215 million years out of the roughly 510 million years of sedimentation.”

In other words, this area was ocean bottom for more time than it was land, and that’s pretty much why we have oil here today. All those millions of years of phytoplankton dying at the bottom of those oceans collected, rotted under heat and pressure buried by hundreds of metres of sediment, and viola, we got oil and gas.

Ergo, where you have oceans, and continental shelves, you have the potential for oil and gas. That means that much of the United States Lower 48 is probably ringed with hydrocarbons, waiting to be extracted. Speaking as a layman, I wouldn’t be surprised if there’s even more oil offshore than there is onshore. It’s no small coincidence that some of the most substantial oilfields in the world – Saudi Arabia, much of Texas, are in close proximity to existing ocean. It was once ocean bottom before.

Yet curiously, the not-in-my-backyard (NIMBY) crowd has succeeded in limiting offshore work almost exclusively to the Gulf of Mexico coast off of Louisiana and Texas. Offshore development was pretty much halted nearly 50 years ago off the coast of California. It turns out the Gold Coasters didn’t want to see production platforms (beyond the existing ones) when hanging ten on a big wave. Never mind that one of America’s first really prolific oilfields, the now-fully depleted Los Angeles city oilfield, runs right under the heart of downtown L.A. If there’s oil there, it’s not hard to imagine even more oil just a few miles offshore. That’s why there’s production platforms there now. Imagine what they could do with modern directional drilling techniques, and maybe fracking?

The same argument follows for the east coast, devoid of offshore production despite a considerable continental shelf, one much larger than that on the west coast of the United States. Surely there are giant oilfields waiting to be discovered and developed. What if east coast refineries were fed by offshore production a few hundred miles away, instead of by supertanker from the Middle East? What if a field analogous to the North Sea field, the one that is still the world benchmark for oil prices, is just lying off Delaware? What if a 2 million barrel per day field could be developed there? How would that change the world energy dynamic? What if similar fields are lying off Florida, Georgia and the Carolinas? Look at what offshore oil did to Newfoundland’s economy!

If you want an inkling, look at what the shale revolution and fracking in the northeast United States did to the gas market continentally.

We’re going to find out. In early January, U.S. President Donald Trump opened up nearly all of America’s coastline to oil development. (There was since some backtracking on Florida.)

I keep being reminded by what Continental Resources CEO (and confidant of Donald Trump) Harold Hamm said at the Williston Basin Petroleum Conference in Bismarck, N.D., several years ago. “A reporter asked me the other day, what’s the big deal about energy independence? It means you don’t have to send your kid over there to get killed!”

That’s what energy independence means to America. How many Americans would have traded offshore drilling for not getting into the Iraq war? Would it have been worth it? If you put it in that context, who would have said no? How many future wars in the Middle East could it avoid if it really didn’t need Saudi oil anymore?

The question for Canada is how do we fit into this energy independence plan? I’m hoping Trump will be at the Williston Basin Petroleum Conference again this year. And if he is, I hope to ask him that very question.

We have to realize the United States is no longer just our market for oil. It’s now our largest competitor. If they find enough oil offshore, they might not even need Canadian oil. 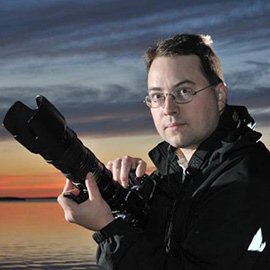