A total of C$553 million in new upstream deals for Canadian assets were agreed in January – an increase of 53% over the C$360 million secured in the same month last year, according to CanOils latest M&A review, which is available for download here. 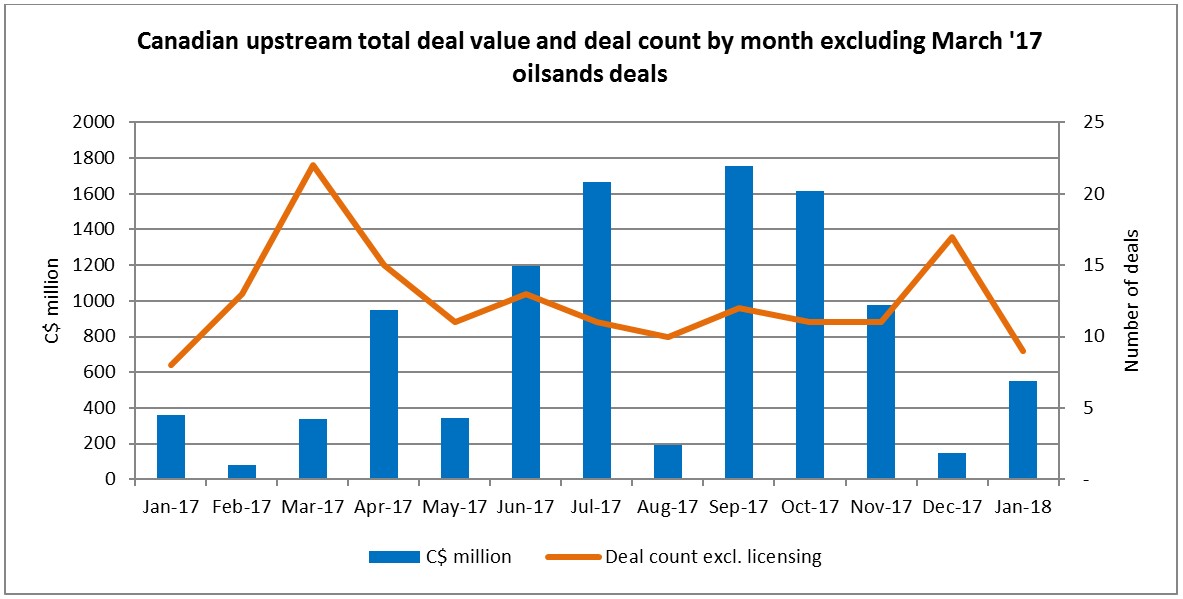 Although C$553 million is a relatively modest total, January is typically a quiet month for upstream M&A in Canada. This is only the second time in the past six years that January saw over C$500 million in new deals agreed – the other time being January 2016.

The most significant deal this January saw Suncor Energy and Teck Resources increase their stakes in the Fort Hills oilsands mine in a deal with France’s Total. This agreement was worth a combined C$420 million in new investments.

“2018 is starting in a relatively encouraging fashion, with Suncor leading the way,” said Chris Wilson, Managing Director of CanOils. “This additional Fort Hills investment and its acquisition of another five per cent in the Syncrude project in February mean that the company has now spent more than $9 billion in the past three years on increasing its presence in the oilsands mining sector.”

Meanwhile, Cenovus Energy completed the fourth of its 2017 asset divestments – a C$461 million sale of conventional assets in the Alderson and Suffield areas of Alberta with International Petroleum Corp. – and Vermilion Energy is now set to boost its portfolio in Saskatchewan after agreeing a C$91 million deal to acquire a private producer.

Full details and analysis on all of these deals, along with every other deal story from January and a summary of every asset put up for sale last month, download the CanOils M&A review for January 2018 here.