It’s a disturbing picture: oil and gas companies incentivized to walk away from thousands of wells, leaving behind the mess; receivers of bankrupt companies selling off the good assets and casting aside the bad ones; Albertans and Canadians being forced to bear the multimillion-dollar costs of cleaning it all up.

In Alberta, we live by a simple rule: if you’re going to profit from our energy resources, you must be responsible and properly abandon the infrastructure and reclaim the site. From the Alberta Energy Regulator’s (AER’s) perspective, the repayment of loans should not come at the expense of public safety and the environment. Sadly, that’s not the reality in Alberta today, and our efforts to address it have taken us all the way to the Supreme Court of Canada.

This liability challenge stems from a court case involving the creditor and receiver of Redwater Energy Corp. In May 2016, the Court of Queen’s Bench of Alberta made a ruling in a dispute that pit Redwater receiver Grant Thornton Limited and creditor ATB Financial against the AER and the Orphan Well Association. The ruling stated that the receivers and trustees who manage company bankruptcies can avoid complying with provincial legislation, ignoring environmental and public safety obligations, in order to maximize profit for secured creditors. As you can imagine, we take issue with this. We license energy development on the premise that companies will be held accountable to clean up their mess. Our provincial legislation demands that accountability and our liability management approach is founded on it.

The decision affects not just Alberta’s oil and gas industry and our ability to enforce our rules. This decision impacts all industries and regulators in all provinces. But first let’s talk about the way we manage liability in Alberta.

Alberta’s approach to managing liability was built to balance multiple interests: environmental protection, public safety, landowner interests, investment, royalties, jobs, market volatility, to name a few. In short, the system works like this: we compare assets (production) to liabilities (estimated abandonment and reclamation costs), and when that ratio falls below 1.0, the licensee must take steps to improve their ratio. To bring their ratio back up, they can reduce liability (by reclaiming sites or selling less-productive assets), increase their assets (by purchasing highly productive sites), or posting security (by way of cash, or letters of credit) with the AER. We have also made sure there is a safety net. As a last resort, we have the Orphan Well Association, an industry-funded organization that abandons and reclaims infrastructure left behind when companies go bankrupt.

Economic declines and years of low commodity prices have put pressure on our system, but there is no question that it has allowed for investment and prosperity in our province. Managing energy infrastructure liabilities is a complex challenge that is not limited to our province. We collaborate with many jurisdictions from across North America and around the globe that face the same problems, and we’re working together to find solutions.

The Redwater case has turned the very foundation of that system — the provincial legislation that says polluters must pay to clean up their mess — on its head. If this decision is upheld by the Supreme Court of Canada, we — and every other regulator in Canada — will no longer be able to hold companies accountable for cleaning up their mess.

We can’t emphasize this enough: this is not an Alberta problem. This is not an oil and gas problem. It can be applied to industrial sites left behind by companies in other industries, allowing receivers to take and sell for the benefit of creditors the good assets and walk away from the bad ones and the end-of-life obligations associated with them.

When the Redwater ruling came down from the Alberta court, we acted quickly to minimize risks to industry, stakeholders, and landowners while working with the Government of Alberta to put regulatory measures in place to address the impact. We started by introducing temporary rules to ensure that licence transferees are financially able to fulfil their end-of-life obligations, including abandonment, remediation, and reclamation.

Despite our efforts, since the Redwater ruling, about 1800 AER-licensed sites have been disclaimed with estimated liabilities of more than $110 million. In the same period, the Orphan Well Association’s inventory more than tripled from almost 1,200 to more than 3,700.

We have also introduced stronger rules to prevent people and companies with a history of leaving behind liabilities from operating again without proper safeguards. This protects both responsible energy companies and Albertans from bearing the financial burden and other risks associated with orphaned infrastructure.

We are also actively participating in the Government of Alberta’s liability management review, which focuses on improving the management of historic, current, and future liabilities associated with the full life cycle of upstream oil and gas development.

And of course we’ve joined forces with the Orphan Well Association to appeal the Redwater decision to the Supreme Court of Canada. We’re not alone in our concern. It’s an important case, as evidenced by the numerous government and nongovernment interveners in the appeal. 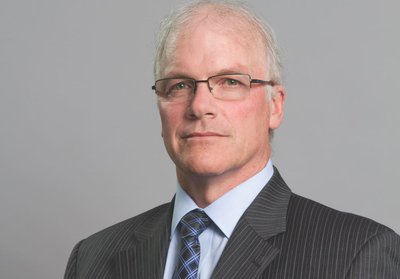