I love competition. So what better time to think about raw rivalry than during the Winter Olympics, now underway in PyeongChang, South Korea.

Whether the arena is sports or business, “Playing to Win!” is a mandatory mental mantra. It’s a blood sport out there for energy suppliers. Every team is slugging it out for market share. The cost of bringing new Joules to the fans keeps falling. In the corporate arena, players’ margins are constantly under pressure. To be a winner there is one rule that counts most: the low cost producer wins.

Some recent “scores” are in:

Then there are the big divisional rivalries:

The league stats are impressive. Team Solar PV has slashed its prices by 45 per cent since the last games, four years ago. The wind guys have swagger too, blowing past 20 per cent reductions.

Natural gas in North America gets a gold for sliding down the hill. New equipment and play strategies can liberate almost unlimited amount of product at low cost. Prices are off 65 per cent since the glory days of 2008 (to the delight of utility fans).

Coal? Those old boys have taken the low-cost trophy for hundreds of years. Some places have tried to ban them for playing dirty and choking their opponents. Quite a few stadiums won’t even allow them in any more. But in the World Cup you can never count them out; the black jerseys are still ranked number two in fan appeal after oil.

Then there is the oil squad. It’s the world’s favorite fuel, but the one that every fan loves to hate. Inconsistent. Ticket prices keep going up and down. Fans like down, owners like up. It’s going to be hard to maintain standings — and a fan base — if some of the owners, like OPEC, keep pushing up gate receipts.

In the game of energy, rules are changing all the time. Referees are getting stricter, especially when it comes to maintaining a green playing field. For example, a couple of years ago, the World Federation of Energy Leagues (based in Paris) brought down rules on carbon emissions — somewhat akin to stricter limits on doping. Many countries appear to be playing by the rules, but it’s too early to say which ones are genuinely abiding. Those that cheat or ignore the rules might have a cost advantage. Unfortunately, it’s still difficult to catch the cheaters.

Teams may cheat, but an increasing number of fans who consume energy are becoming more demanding, some more than others. Clean play at lower cost is what it takes to win market share, but is that possible to do in all leagues? Some say no, especially among the incumbent fossil fuel systems. Yet others are showing that innovation is the ticket.

Competition is becoming stiffer as data analytics, new equipment and new coaching strategies drive down costs. Making the cut as a player, as a team, or even as a league is becoming tougher.

Corporate leaders in the game of supplying Joules to their customers — whether in barrels of oil or biofuels, cubic meters of gas or kilowatt-hours of electricity — are being challenged to compete like never before. Here are the basic tenets of the new energy leagues:

Understand and constantly stay on top of the rules; recognize that governing bodies will always be changing them.

Be alert to when your opponents are changing their strategy.

Make sure you have the latest equipment. Don’t fool yourself: Those wooden skis won’t win a Super-G these days.

Ask yourself if you have the right players and whether they are organized properly. A good locker room raises morale too.

Winners attract money. Yet keep an eye on the money league. It too has become a blood sport with changing rules.

Going for the gold has never been easy in sports or in business. Everything is dynamic in competition but “Playing to Win!” is a universal refrain.

To explore competition in the energy leagues along these five themes, the Playing to Win Forum will be held on May 9, 2018, at Calgary’s WinSport Institute at Canada Olympic Park. Like last year, the event will be hosted by Peter Tertzakian and Jackie Forrest of the ARC Energy Research Institute. A great line-up of experts will share strategies from inside and outside the energy industry, including Sean Burke, General Manager of Canada’s Olympic Men’s Hockey Team. 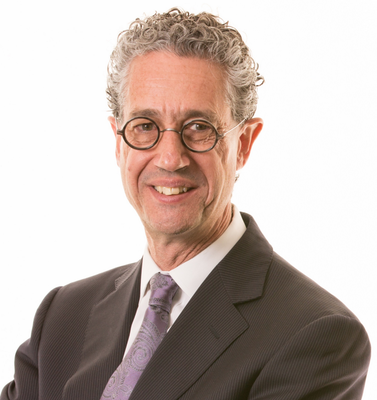