This article is part of the Fall 2018 edition of the Journal of the Canadian Heavy Oil Association.

The “four-headed monster,” as described by an industry executive, is still very much a threat. Canada’s heavy oil and oilsands industry continues to face significant headwinds as we approach 2019.

We’ve crossed the tipping point on pipelines, with our export systems so full that records are being set both in the discount received by Canadian heavy crude and in crude by rail traffic. While the differential is expected to ease somewhat as refinery maintenance winds down in the U.S., it could be years until the underlying pipeline challenge is resolved.

The near- and long-term future of the industry is clouded by regulatory uncertainty, including the federal government’s proposed Bill C-69, which would overhaul the process for major project reviews. According to market analysts, it’s bad for business. According to Alberta Premier Rachel Notley, C-69 in its current form “hurts Albertans.”

Despite the challenges the heavy oil and oilsands industry faces, many of its innovative companies continue to find ways to grow and thrive. Major producers are setting up for new projects in the future, although these are unlikely to actually go ahead until new pipelines are in the ground. As shared at our fall conference, there is a strong market for these projects as energy demand increases going into the foreseeable future.

Two smaller companies, Osum Oil Sands and Harvest Operations Corp., have been bright lights recently. Since 2017 Osum has completed two brownfield expansions at its Orion SAGD project, both on time and on budget. The company now expects to reach 18,000 bbls/d by the end of Q3/2019, three months earlier than its previous forecast.

For Harvest, production is expected to commence imminently from the BlackGold SAGD project, which it “re-sanctioned” in late 2017. The company had suspended work on the 10,000-bbl/d facility near Conklin, Alta. in early 2015 due to the oil price collapse.

Looking further ahead, Canada’s leading oilsands producers continue to advance major projects through the regulatory process, including Imperial Oil’s Aspen project, Suncor Energy’s Meadow Creek East, Meadow Creek West and Lewis projects, and Teck Resources’ Frontier mine. These applications and many other initiatives support the position of Canada as a leader in developing energy in a safe and ethical way with a strong focus on improving environmental impact.

We’ve also seen two milestone projects for Alberta recently start production – Suncor’s Fort Hills mine, which has GHG emissions that are on par with the average North American crude, and the Sturgeon Refinery, the first new refinery in Canada in 30 years. Construction is also commencing on the Alberta Carbon Trunk Line, which will connect the Sturgeon Refinery to carbon capture and storage opportunities.

As you can see, there are a number of exciting developments underway in this industry, and more to look forward to, including new technologies like radio frequency in situ extraction, solvent-assisted thermal operations and bitumen partial upgrading.

The Government of Alberta is currently reviewing applications from companies to receive up to $1 billion in grants and loan guarantees to develop bitumen partial upgraders in the province. This would add value to oilsands production and could ease pipeline bottlenecks.

Meanwhile, Alberta Innovates has been working to help develop non-combustion uses for bitumen, such as carbon fibers for steel composites, concrete composites and wood composites, as well as pelletized asphalt. The annual market value of just these four product lines could be US$218 billion by 2030, according to Corporate Knights.

At CHOA we are continuing to implement our core strategy of connect, share and learn to provide a community in which to support our members and their companies as they continue to find ways to grow and thrive into 2019. As a place to engage and share conversations, we have seen growth in both our membership numbers and our event attendance all year and anticipate the trend to continue. This is a big trend reversal for us and we’re very proud to be able to share this with you.

To foster connections, we held our second annual Poker Tournament in May to a great crowd at Cowboys, and then rounded out summer with some great conversation over golf at our always-popular tournament at Priddis Greens Golf & Country Club.

As I mentioned, all our events attracted more people this year and we enjoyed increased sharing and learning with our professional programs, thanks to strong committee members and their dedication to volunteer to help our organization provide a community for all of you.

We held our second ShareCase event this fall and much like our first one in spring, we received lots of interest from both our members wanting to hear about new products and innovation, along with many companies excited to share their opportunities with a focused target audience. As with our fall ShareCase, we already have a list of vendors ready for our next one in spring 2019.

We just wrapped up our 12th annual Fall Conference, Gravity: The Business Impact of Change, which reinforced our belief that CHOA needs to continue to create a community that puts our challenges and opportunities firmly on the table so that our members are informed and able to navigate conversations and put forward an informed position.

We were so pleased to hear from great member companies such as ConocoPhillips, Husky Energy, Wood, NW Refining, Schlumberger, CEPA, AER, IHS, Osum, Pengrowth, and others. The emphasis on digital enablement and data management was a continual theme throughout the day.

Planning for the 27th annual Slugging it Out conference in April 2019 is well underway and we anticipate the same type of increased attendance for our longest running program. But you won’t have to wait until April to connect again! We are unveiling a new exclusive Whiskey Tasting event in partnership with the World of Whiskey and the Petroleum club at the end of November that has already created some buzz: “Dare to be Bold; Come Sip with Us.”

As you are aware, CHOA relies on volunteers to help implement our core strategies and every year we rely on many to help keep this organization running. As we look ahead, we will be posting more opportunities for volunteers to get involved and help our members. Just a few of the needs were hoping to fill will be a Volunteer Coordinator, Social Program Coordinator, Professional Programs Coordinator and Marketing Lead.

As we look ahead to 2019, we will also be looking for new members to volunteer on our board of directors. These and all of our volunteer positions will be posted on our website soon.

On behalf of the CHOA, I would like to thank you all for your sponsorship, attendance and continuing support of our organization. 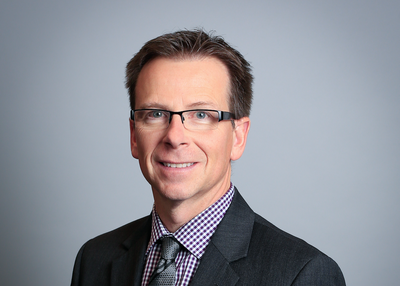 Scott Rempel is president of the Canadian Heavy Oil Assocation.