Alberta and other portions of the West are absolutely reeling from the devastating impact of criminally low oil prices. Oil and gas companies and their suppliers are losing money. Our resources are being stolen. Thousands of westerners are out of jobs. House prices are sliding. Alberta’s provincial deficit is a bottomless pit.

The future as far as anyone can see is grim.

The prime minister was in Calgary last week and roundly disappointed his audiences with hollow platitudes that sounded like, “I feel your pain.”

And what was he planning to do to stanch the bleeding?

There was no clear path to solution; no explanation of how the feds will get a pipeline built before we all close up shop and turn out the lights.

Now we learn that General Motors plans to close its Oshawa, Ont., automotive assembly plant. Nearly 2,600 jobs at the plant will be lost, in addition to many more jobs at related suppliers.

This is also very bad news, not only for those workers and their families, but also for the country’s economy. After all, if Alberta can’t reverse its rapid descent into have-not status, what province is going to prop up Ontario?

The bad news gets worse when one considers the staggering corporate welfare the feds extended to GM in the past. The federal government gave the U.S.-based company $10.8 billion in loans, share purchases and subsidies after GM’s bankruptcy in 2009.

Some of that money was paid back, but the net loss on the package is estimated at $4 billion to $5 billion, or – according to a Fraser Institute estimate – $474,000 for each of the company's Canadian workers.

Ontarians and Albertans alike must be wondering about the federal government’s priorities. Why, for example, is the federal government throwing $600 million into propping up failing media outlets when new media – self-financed and innovative – are stepping into the void left by legacy media? Is that truly money well spent?

In Alberta, the question is whether that money could have been better directed at helping to buy rail cars that would deliver oil to market quicker.

In Ontario, a lot of questions will be asked about whether that money could help displaced autoworkers adapt to a new economy.

Out West, one other question is top of mind: How will the crisis in Ontario be treated in comparison to the one in the West? Will the federal Liberals just run up another billion or so on the government deficit to bribe GM into keeping some jobs in Ontario? And, if so, why would sauce for the goose not also be sauce for the gander?

A friend asked the other day whether I had heard renewed rumblings of western separatism. She had and it was – as it always has been – rooted in anger and resentment at the sense that the West is treated like the poor cousin, to be humoured but never favoured.

When Trudeau came to power, there was a promise that he was not his father’s son – that he would treat all regions of the country with equal respect. Yet efforts to manage the challenges facing the resource industry have been chaotic at best.

Faced with making tough choices in the interests of saving one of the country’s core industries, the prime minister has shown himself to be weak, indecisive and ineffectual.

Now we are at a moment of truth. The failure to approve a pipeline has turned an economic problem into an existential crisis for the country. For years, the federal government has dithered, apparently for fear of offending one region of the country or another. And now the chickens have come home.

Frustrated westerners are watching and wondering: Is the livelihood of a rig pig equal to the livelihood of a rivet head? Will this government be as inept in handling Ontario’s collapsing manufacturing sector as it has been in handling the oil patch? Or will that province’s proximity to Ottawa earn it the sort of special care that we would never receive out here in the hinterland?

Westerners, like Ontarians, are waiting to see real leadership – with courage and vision. 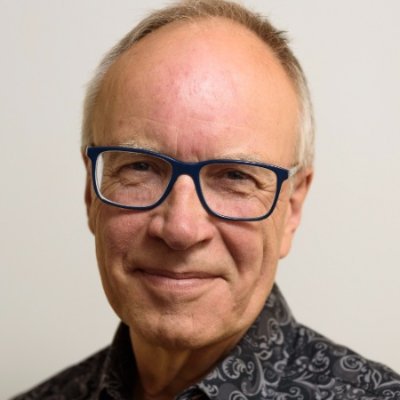