This past weekend, the OPEC+ group met in Abu Dhabi. These Monitoring Committee gatherings typically don’t warrant too much attention, except for the most serious oil wonks. But with the price of global oil sliding from US$85/bbl to under US$70/bbl in the past five weeks (see Figure 1), market watchers of all types wanted to see if the OPEC+ group would continue to keep a hand in the market and cut their production levels. 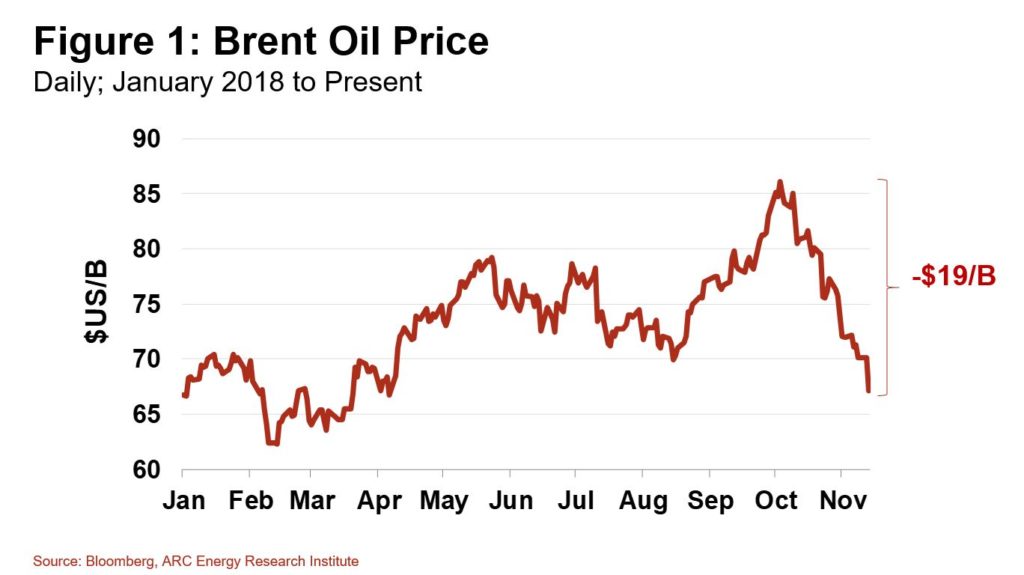 There are a number of reasons for the recent slide in oil price. Slowing oil demand is one issue. While consumption remains strong now, it is possible that demand could soften due to president Trump’s trade war with China and struggles in emerging economies.

Growing supply is another issue. Saudi Arabia and Russia have increased their production by 1.1 million bbls/d since the start of the year (see Figure 2). Adding to that surge, US production is expected to grow by 1.4 million bbls/d this year. Meanwhile, cuts to Iranian exports could be less than first expected, with the United States granting waivers to eight countries. 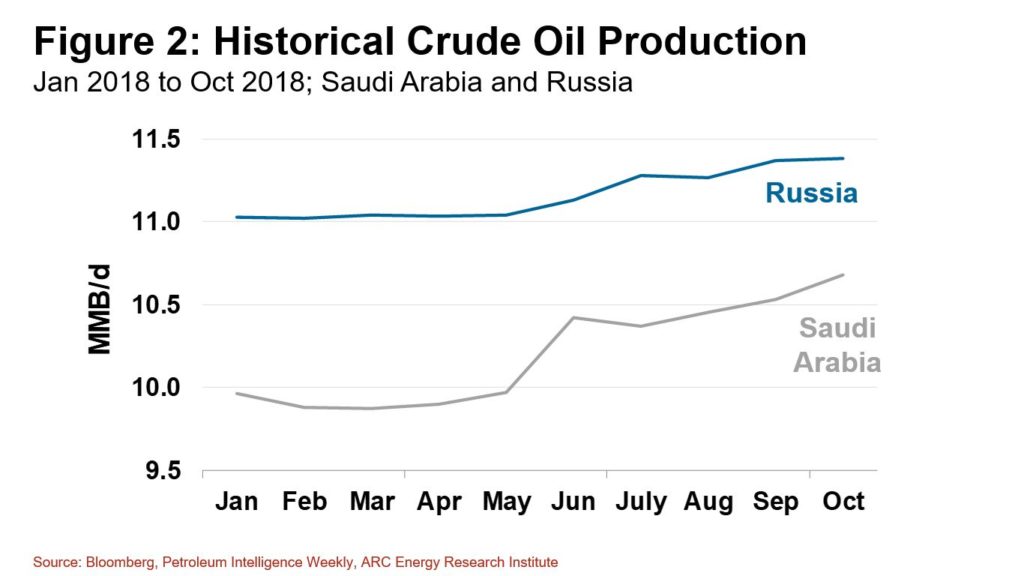 While no formal decision was made this past weekend, Saudi Energy Minister Khalid Al-Falih believes that producers need to make a collective output cut of 1 million bbls/d. Saudi Arabia is proactively reducing its exports by half of this amount in December.

Russia and some other OPEC producers, however, are more cautious. They are resistant to commit to lowering production levels for now, arguing that exports from Iran are still unknown and a slowdown in oil demand is far from certain.

Somewhat predictably, President Trump took to Twitter after the meeting to warn the group to keep oil prices low. 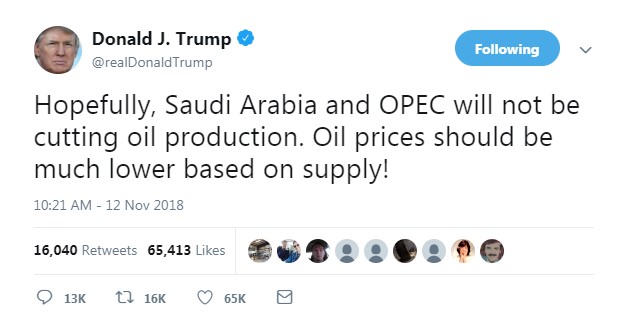 While a consensus was not achieved at the Monitoring Committee meeting, Saudi Arabia’s early move to cut its production and the group’s discussion demonstrates that the intentions of OPEC+ have not changed.

They are still in the business of managing the oil markets to prevent oil prices from falling too far, even if it risks irritating president Trump.