Upstream M&A activity in Latin America has been able to largely withstand falling oil prices that stalled deal flow in many regions of the world, with deal counts largely unaffected.

That is one of the key findings of a new report on Latin America released this week by the Daily Oil Bulletin, Evaluate Energy and Sproule. 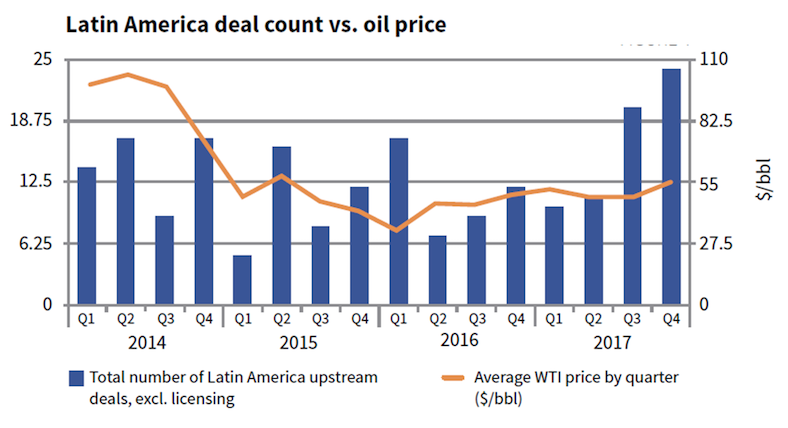 “While motivations for various deals changed and individual deal values may have dropped in light of the price downturn, the number of deals agreed over time shows little to no correlation with the falling oil price,” said Darrell Stonehouse, report co-author and DOB’s special projects editor.

“In fact, looking at deal counts alone, it would be near impossible to pinpoint when the price downturn actually took place.”

Latin America is one of the world’s fastest growing upstream environments. With major producing countries in the region racing to attract investment, the deal counts illustrate that even in the toughest of investment environments there is a willingness to deal.

A renewable energy plant in Oregon that combines solar power, wind power and massive batteries to store the energy generated…

Enbridge Inc. says it has bought Tri Global Energy (TGE), a U.S. renewable power project developer, for US$270 million in…