Here are five charts from CEPA’s 2017 Transmission Pipeline Industry Performance Report that offer the details on the association’s members, which transport virtually all pipelined Canadian oil and gas production. 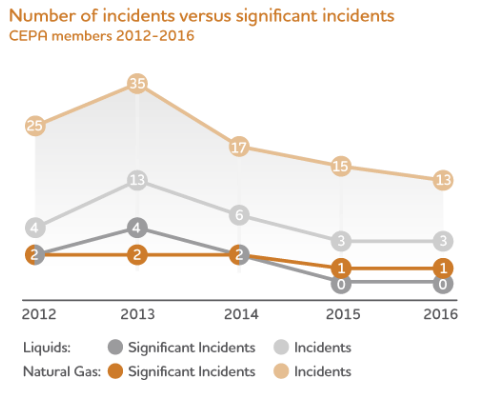 Image: CEPACEPA says that its members reported 46 natural gas and liquids releases in 2016. Approximately 65 per cent (30 incidents) occurred within pipeline facilities. Of the remaining, 16 incidents occurred on pipeline rights-of-way.

Of those 46 incidents, one natural gas release was categorized as significant. There were no significant liquids incidents, CEPA says.

“A significant incident includes one or more of the following: caused a serious injury or fatality; caused a liquid release of greater than eight cubic metres (50 barrels); produced an unintentional ignition or fire; resulted in a rupture of a pipeline,” the association explains.

“The significant incident in 2016 was categorized as a rupture and occurred during maintenance of a natural gas pipeline that was not operating.”

In 2016, there were three liquids pipeline incidents on CEPA members' rights-of-way, resulting in the release of 38 barrels of liquid product.

“Liquids incidents are infrequent when you consider the large volume of products transported by CEPA members,” the association says.

“Over the past five years, our members have transported approximately six billion barrels of crude oil and other liquid products and safely delivered 99.9999 per cent of that volume.” 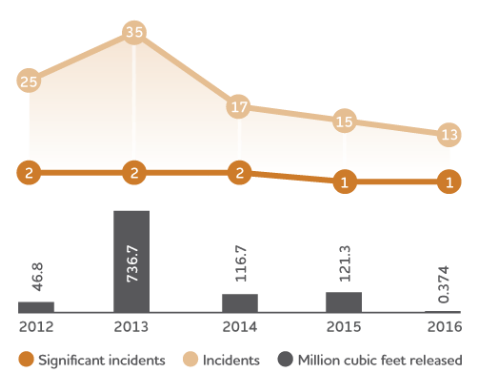 There were 13 natural gas incidents in 2016, CEPA says, with no associated serious injuries or fatalities.

“Unplanned product released from our members’ natural gas pipelines in 2016 was approximately 374 thousand cubic feet. This is approximately equivalent to the amount of natural gas required to heat four new average-sized single detached homes in Canada for one year.” 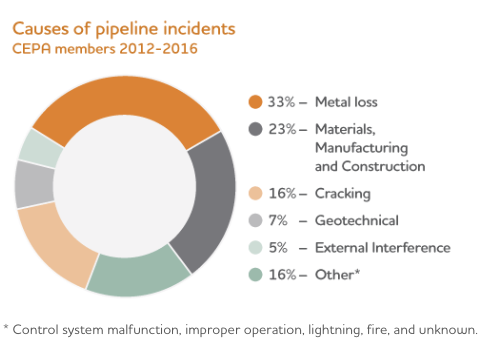 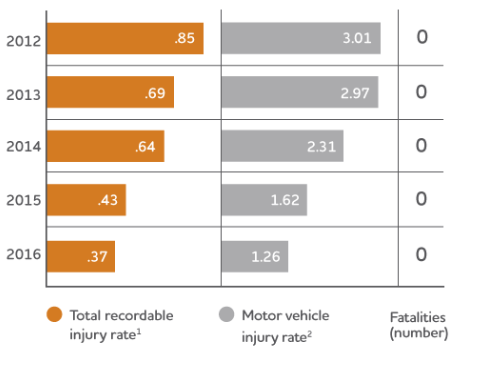 Image: CEPAThe rate of injury to CEPA members’ employees that happened during the operations of their pipelines continued to decline in 2016, the association says, falling more than 14 per cent from 0.43 in 2015 to 0.37 per 100 full-time workers.

“The number of driving incidents per million kilometres driven fell from 1.62 in 2015 to 1.26 in 2016 – which means a 22 percent decrease. We continued to strengthen our efforts in areas such as regular driver training and work planning that ensures workers are not fatigued and have sufficient time to travel required distances.”