The orphan well crisis in Alberta presents a challenge to all levels of government: do these inactive energy producing assets represent a financial burden and an environmental risk? Or do they represent a job creating opportunity?

Because of the economic downturn affecting the entire province of Alberta, a significant number of oil and gas companies are filing for bankruptcy and abandoning their wells – leaving the responsibility to the province for all costs related to their reclamation.

Petroleum Services Association of Canada (PSAC) records indicate that as of January 2016, there are 77,658 inactive wellbores in Alberta alone that will need surface location reclamation.

Since starting to examine the orphan wells crisis in Alberta and the financial and environmental impacts it is causing, I have struggled with the question of why taxpayers should be responsible for the cost of reclaiming inactive wells left by oil and gas companies.

According to PSAC, the decommissioning of the inactive wells would cost anywhere from $7.8 billion to $23.3 billion. Alternatively, the environmental cost of inaction is immeasurable.

As elected officials in Alberta and Ottawa are allocating funding to begin decommissioning the wells, it has become clear to industry leaders that these funds will be insufficient. It has also become clear that there could be potential for job creation with the conversion of these energy assets. That is where geothermal technology enters this discussion.

I have spent the last months meeting with energy experts across Alberta and Canada discussing the hidden potential of Alberta’s orphan wells. The conversion of these wells into geothermal producing assets was repeatedly raised as a cost effective, environmentally sustainable, and job creating solution to the problem.

Geothermal is the most affordable renewable source of energy, with a per-kWh cost half of hydroelectric or wind. Canada remains the only major country in the Pacific Rim that is not producing electricity from its geothermal resources.

Natural Resources Canada has indicated there is enormous potential for geothermal energy in Canada and “in place capacity” well over a million times what Canadians actually use, yet the development of this technology continues to stagnate.

Unfortunately, the current regulatory system and available tax incentives for geothermal technology have deterred investors from making the necessary investments that the geothermal sector needs in order to flourish.

Providing the opportunity to transition these inactive wells and develop the geothermal sector in Alberta will help to provide jobs at a time when Albertans need them most.

I believe that converting orphan wells into geothermal producing sites could be the solution we are looking for. But in order to do this, we must provide the required financial environment to attract investors. That is why on March 21, 2017 I tabled M-122: A Motion to Support the Development of Geothermal in Canada. M-122 asks the government to make the required legislative, regulatory and program changes in order to support the development of the geothermal industry in Canada.

In the 2017 federal budget, there were incremental changes made to the classification of geothermal projects, making investments into this sector eligible for certain tax incentives.

Although these changes are a step in the right direction, there is more that we can do to support the industry and attract investors.

More importantly, there is more that can be done to raise awareness for Canadians about the potential for this sector to be a cost effective and environmentally sound solution to our orphan wells crisis, while also creating good sustainable jobs for unemployed oil and gas workers. As a Member of Parliament from Alberta, I will continue to do exactly that. 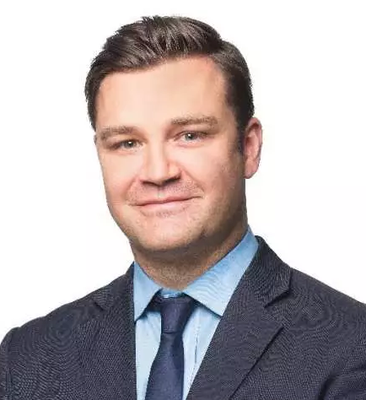