Fractal Systems has announced Dave McDougall, who most recently oversaw MEG Energy’s 35,000 bbl/d Christina Lake Phase 2B expansion and development of the company’s Stonefell Terminal, as its new vice-president of engineering.

In his new role, McDougall will be responsible for leading the company’s engineering team and the commercialization of the Fractal technology platform. 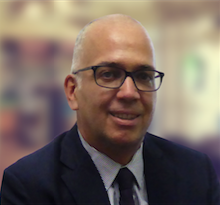 Fractal has been piloting its JetShear technology in the field since 2009, first with a 300 bbl/d facility near Consort, Alta., followed by a 1,000 bbl/d commercial scale demonstration plant near Provost.

The system is designed to reduce diluent requirements as much as 55 per cent by heating diluted bitumen just below incipient coking temperatures and pumping it through proprietary jet-nozzles where cavitation and mechanical shearing occurs.

The company says that since April 2014 it has processed over 185,000 barrels of diluted bitumen, successfully proving the base technology.

In February 2015 Fractal was awarded $3.7 million from Ottawa’s Sustainable Technology Development Canada fund to advance the technology with its producer partner, Cenovus Energy.

In 2016 ClimateCHECK confirmed the potential benefits of the technology, determining that Enhanced JetShear could potentially reduce GHG emissions on a wells-to-refinery basis by up to 5.4 percent compared to a typical Canadian SAGD-sourced dilbit.

The Environmental Protection Agency ordered the shutdown of a U.S. Virgin Island refinery that historically was positioned as a key…