The proposed border adjustment tax—which has yet to be explained fully in legislation—is expected to impose a 20 percent tax on U.S. imports and render exports tax-exempt.

The report says this would present unique challenges to each of the five U.S. refining regions (Petroleum Administration for Defense Districts, known as PADDs), dramatically changing cost structures and creating regional “winners” and “losers” among the regions.

The Midwest PADD 2, which receives the bulk of Canada’s heavy oil exports, would be among the biggest regional losers. 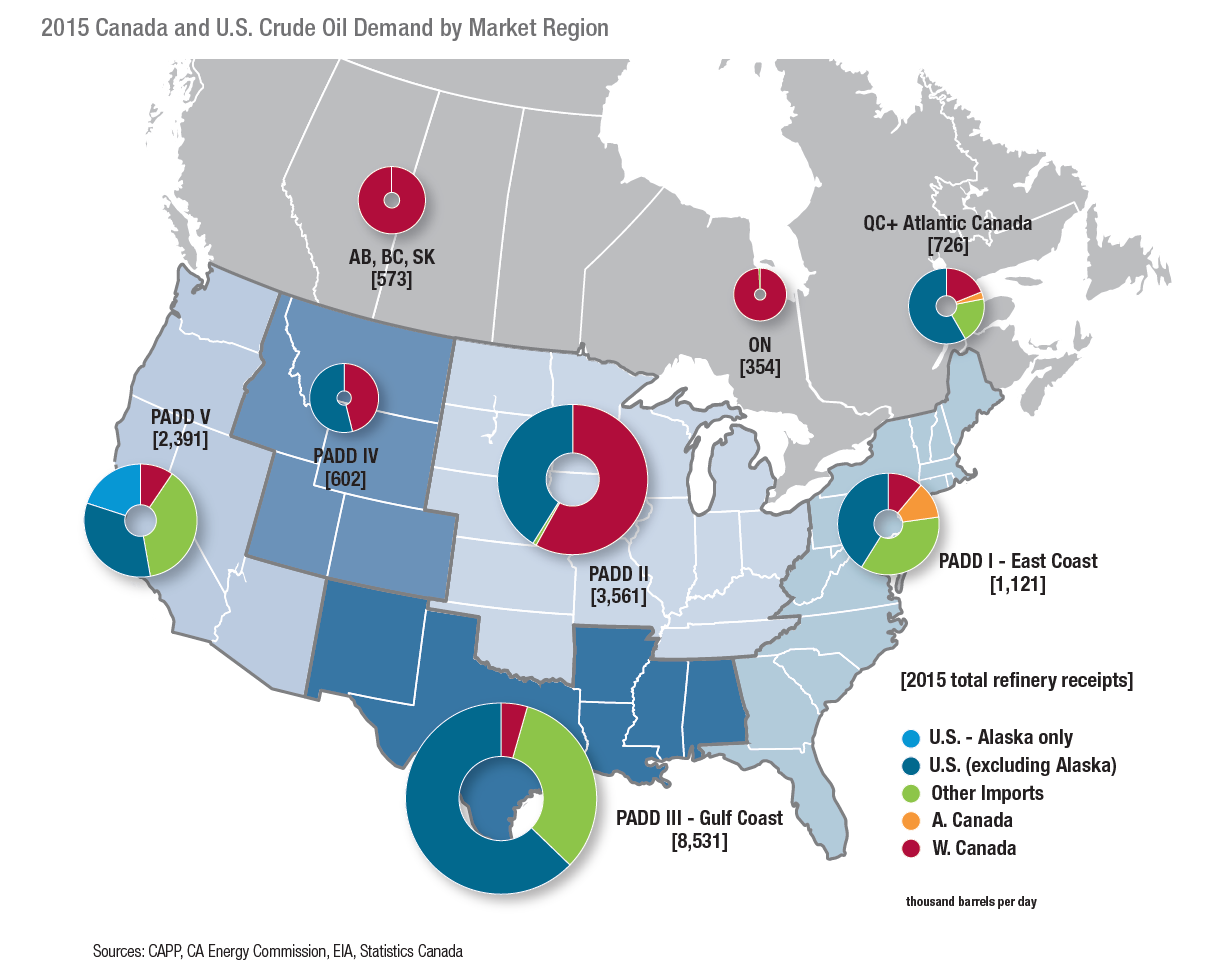 With almost four million bbls/d of operable refining capacity, PADD 2 currently imports about 2 million bbls/d of heavy crude by pipeline from Canada. The region doesn’t have the ability to switch to American produced crude because the U.S. mostly produces light sweet crude.

PADD 2, combined with the PADD 4 Rocky Mountain region, has a total refining capacity of 4.6 million bbls/d.

While these refiners are largely dependent on Canadian heavy oil imports and have virtually no refined products export potential and will be most adversely affected by a border tax, refiners in the Gulf Coast will be among the “winners,” Genscape says.

The PADD 3 Gulf Coast region has existing waterborne docks and may be able to ramp up exports of products to foreign countries tax free, thereby offsetting the higher costs of heavy oil feedstock. Some Canadian heavy oil production currently makes it to PADD 3 (exact volumes aren’t broken out by the report).

As for the general impacts of the proposed border tax, the report says U.S. crude and finished products prices will likely rise, and “the costs would pass to the American consumer.”