The Saudis have not made any significant revisions to their published oil reserves since 1988, which should be a cause for widespread curiosity and concern.

Diplomatic cables leaked by Wikileaks in 2011 revealed that Sadad al Husseini, former vice-president of Saudi Arabia's oil monopoly Saudi Aramco, warned the U.S. that remaining oil reserves in the kingdom might in fact be 40 percent lower than claimed by OPEC, i.e. only 156 billion barrels and not 266 billion barrels, the figure that OPEC has reported every year since 1988, which is accepted by international energy agencies.

Saudia Arabia’s Ghawar oil field, which produces half of Saudi oil and is the largest conventional oil reservoir on Earth, is encountering productivity problems due to depletion. It has for some time required large quantities of water injection to maintain pressure and production rates. When Ghawar stumbles, and it will, Saudi production and reserves will take a steep fall.

Interestingly, and perhaps not uncoincidentally, it has recently been announced that at least some of Saudi Aramco is to be sold through an initial public offering potentially worth up to US$2 trillion. Deputy Crown Prince Mohammed bin Salman has laid out a vision to sell shares in Saudi Aramco’s parent company and create a sovereign public investment fund that would eventually control more than $2 trillion. The fund would transform the oil giant into an industrial conglomerate and help wean the kingdom off oil.

There is no reason to assume that the Saudis are anything but astute business people. They may have learned that their oil production capacity has peaked and that their reserves are subject to steep decline and are taking prudent steps to preserve their kingdom’s future while they can.

Oil prices would rise dramatically after the rest of the world realizes that Saudi Arabia no longer has the production capacity to influence the oil market with swing volumes.

However, an IPO means Saudi Aramco will have to open up its books to potential investors.

Recent reports indicate that the company had tasked Baker Hughes’ energy consulting services unit Gaffney, Cline & Associates as well as Dallas-based DeGolyer and MacNaughton, to perform a reserves audit in 2016, and that the audit confirmed that Saudi Arabia had more than 261 billion barrels of oil reserves.

Until the external reserves audits or the original Saudi Aramco reserves reports are made public, Saudi Arabia’s oil reserves must be taken with a very, very, large grain of salt. 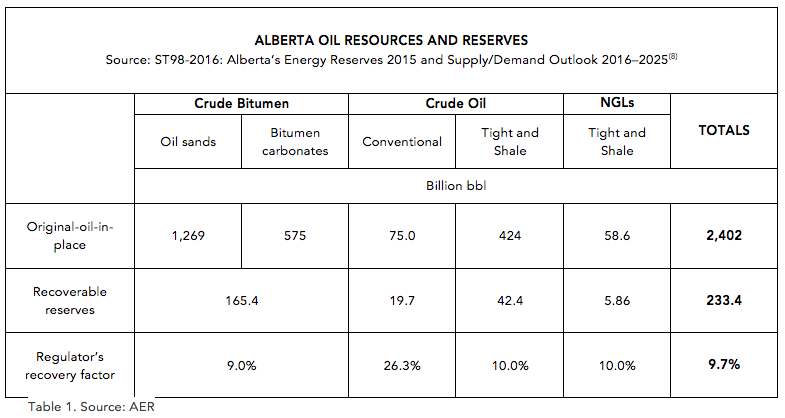 The AER’s recovery factors shown in Table 1 are either nominal (10 percent) or far too conservative considering that the historical worldwide average ultimate recovery factor for all oil reservoirs, most of which operate under only primary and secondary extraction schemes (e.g., pressure maintenance), is 45 percent.

In accordance with Table 2 above, a more reasonable estimate of Alberta’s recoverable reserves is presented in Table 3 below using recovery factors suggested by the author.

Alberta’s recoverable reserves of oil are, still conservatively, the largest on Earth by far, and are larger than those of Saudi Arabia and Venezuela combined, as shown in Table 4.

It should be noted that the EIA estimated Russia's Bazhenov shale in the West Siberian Basin as having OOIP of 1,243 billion barrels, but only 75 billion barrels as technically recoverable reserves.

The AER reported Alberta’s remaining proved reserves as only 165 billion barrels at year-end 2015. However, that figure reflects only proved developed reserves on existing producing leases and is not to be compared with Venezuela’s recoverable or “proved” reserves or with Saudi Arabia’s questionable, unpublished, and at-risk reserves. Note that Alberta's OOIP resources detailed in the tables include oilsands, bitumen carbonates, conventional oils, tight and shale oils, and natural gas liquids figures provided by the AER.

These figures do not include billions of barrels of OOIP and recoverable reserves in the neighbouring provinces of Saskatchewan and British Columbia, in the Northwest Territories and Mackenzie Delta, in the Beaufort Sea or in Canada’s Arctic islands archipelago, or in the St. Lawrence Basin and East Coast offshore. 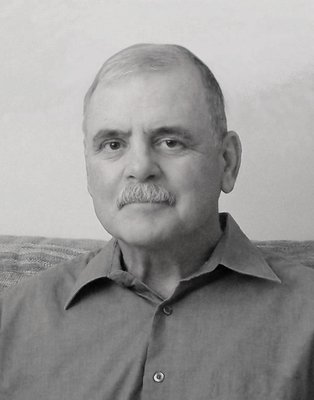