With the kids back to school and Thanksgiving now behind us, for Canadian households the fall season brings a few things back into sharp focus.

We all have bills to pay, careers to foster, aging parents and extended family (sometimes on the other side of the world) to support.

And now there’s one more thing to add to the list of serious concerns: Canada’s future independence and success as a nation is facing some big challenges. We’re all familiar with the trials and tribulations of globalization. Love it or hate it, globalization means fierce competition for things that were once taken for granted.

An emerging challenge is the role of foreign groups in dampening a nation’s economic success. In Canada’s case, our trusting nature is leaving us vulnerable even in our democratic processes. According to a recent account in the Globe and Mail, a number of pressure groups out in force during the 2015 federal election campaign — the Dogwood Initiative, Leadnow, and Greenpeace among them — receive substantial funding from a U.S. advocacy group called Tides.

But it isn’t only green activists funding local environmentalist. As the Canadian Press recently reported, the investigation into Russian meddling in the U.S. presidential election is also probing Russian support for anti-oil campaigns in Canada. It is alleged by some U.S. lawmakers that a company with ties to Russian oil companies donated several millions of dollars to the California-based Tides Foundation. Tides calls the probe a witch hunt.

Whatever the source of Tides money, what is not disputed is that Canadian politics along with our country’s regulatory process is being influenced by foreign funding sources.

The flood of Tides cash is fueling subtle propaganda campaigns in hundreds of ways. Usually it starts out by defining some issue in highly polarized terms — like a pipeline proposal. There will be a suggestion that there is a government cover-up or some kind of high-level conspiracy between elected officials and the bureaucracy to get it done. A familiar cast of experts will be trotted out to provide elaborate but hollow explanations of why industry is lying about how many jobs are to be had from a contested project. Or why there is no demand for Canadian crude oil and liquefied natural gas even as global demand is rising.

Smart minds in advertising are hired to come up with effective slogans and viral images designed to turn Canadians against one another. Once the hook is set, these advertising gurus play us like fish on the line.

Do they care that their actions prop up failing or sadistic foreign regimes like Venezuela and Saudi Arabia? Not one bit. The real goal is to make Canadian politicians dance to the American groups’ eco-tune.

Thanks to the incessant seeding of doubt, many Canadian residents have adopted ideas that ultimately will drive up our cost of living and steal opportunities from our children. Some politicians become tools of the Tides group and its many proxies, because they think there are votes to be gained. Plus it’s trendy to say we can power Canada with windmills and solar panels. They must be having a good chuckle in San Francisco (and possibly Moscow), where Tides gathers the cash it funnels to its Canadian puppets.

Most Canadians remain uneasy about tactics intended to denigrate our self-image as an independent country. They are probably aware that the United States, which insists on flouting global climate change efforts, is in no position to lecture Canada about these things. They are also aware that when you stop investment into Canada, it means stopping jobs, which shrinks the economy and ultimately makes everyday life less affordable.

The reality is that Canada can be a fierce — and environmentally responsible — competitor in shift to a low-carbon global economy, if only we give it a chance. According to the Conference Board of Canada, global trade in climate-friendly technologies exceeded $250-billion in 2015, on the way to being a $2-trillion sector by 2020. Our industries and universities are right at the forefront of these investments.

It’s right to recognize the extent to which safeguards already exist in Canada to protect the environment and human health. They are the best in the world. One important thing parents can do is ensure their children gain confidence that having a clean environment need not mean sacrificing our economic future and Canada’s viability as a nation. 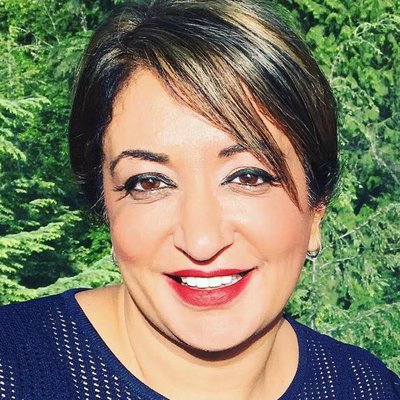 Barinder Rasode is a Vancouver-based adviser to Canadians for Affordable Energy.

Petroleos Mexicanos, Mexico’s state oil company, is no longer an active participant in the largest climate-focused organization within the global oil and…